The British manufacturer has opted against restarting its works assault on the Intercontinental GT Challenge with M-Sport, which was put on ice in the summer, and is releasing the six factory drivers it has under contract.

The GT3 programme that dates back to 2013 will then come to what Bentley described as a "natural end" when the 2021 season finishes.

Bentley cited the plans laid out in its Beyond 100 strategy, under which it aims to manufacture electric vehicles only by 2030, for the move.

The marque's motorsport boss, Paul Williams, said: "We have a very clear strategy going forward as a brand with Beyond 100, going completely sustainable and focused on electrified mobility, and we felt it absolutely important we aligned our motorsport direction with that.

"What we are saying is that we are changing direction and we are not going to invest any more in our GT3 programme but really look forward to the future."

Williams stressed that Bentley and M-Sport, which developed both generations of the Continental for racing, will continue to support customer teams running its cars in 2021.

He explained that parts and support will be available after next year, but that he expects "to see less and less cars out there" after 2021.

Bentley will not be closing its motorsport department at its Crewe headquarters in the UK, which in the past year has been combined with its exclusive Mulliner brand.

"There are some exciting changes in the industry right now and we are closely evaluating how motorsport can support the brand in the future," said Williams. 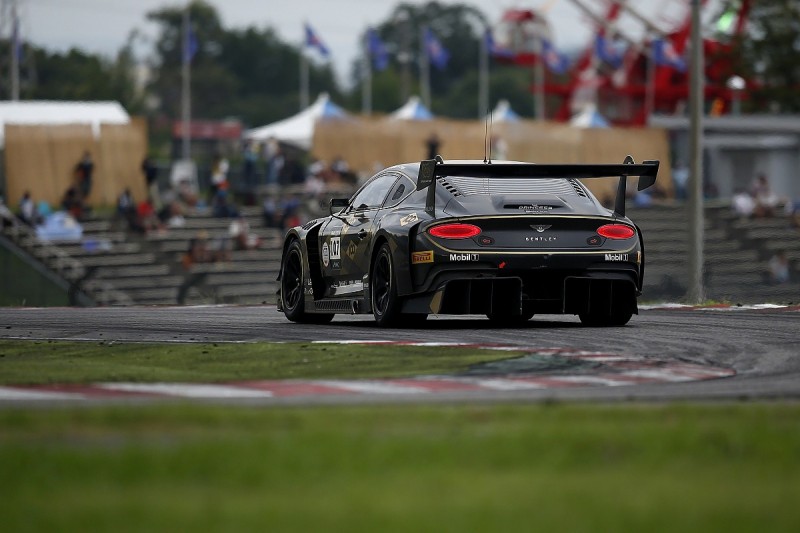 Bentley's factory drivers will make their final appearances for the marque in the Kyalami 9 Hours on 12 December.

The IGTC programme with M-Sport was put on hold in June as Bentley refocused on its customers as a result of the COVID-19 crisis, despite winning the series-opening Bathurst 12 Hours in February.

It subsequently reunited the Bathurst winning crew of Jules Gounon, Maxime Soulet and Jordan Pepper at the K-PAX customer team for the remaining three rounds of the series at Indianapolis, Spa and Kyalami in order to chase the championship.

The trio go into this month's South African event in third place in the IGTC classification behind two Porsche crews and only three points off the championship lead.

The remaining three factory drivers, Oliver Jarvis, Seb Morris and Alex Buncombe, will race a Continental GT3 at Kyalami entered on a private basis by M-Sport with backing from racewear supplier Sparco.

The race in South Africa will take place seven years to the day since the race debut of the first-generation Continental in the Gulf 12 Hours at the Yas Marina circuit in Abu Dhabi.

Williams said he wanted to thank each of the 16 factory drivers who had raced for the M-Sport squad over the life of the Continental programme.

"Special thanks go to Max, Jordan, Jules and Seb who supported us when COVID put our works team programme on stop and who stepped-up to work incredibly hard for our customer teams in a compacted season," he added.

A factory race campaign masterminded by M-Sport has been part of the Bentley programme since it returned to motorsport with its GT3 contender in 2013.

It initially contested the Blancpain Endurance Series, now the GT World Challenge Europe Endurance Cup, and has also raced in the sister Sprint Cup and the Nurburgring 24 Hours, as well as IGTC.

The impending British GT change that has split opinion