The partnership was confirmed ahead of a showcase event known as 'FIA Girls on Track - Dare to be Different' held on Friday, with the intention that the showcase becomes a template for future at-track events.

The target of the new partnership is to encourage and inspire young women using educational activities relating to careers in motorsport.

Wolff told Autosport the event was a "proud moment", created through her work with Women in Motorsport Commission president Michele Mouton.

"This is the hard work of many different organisations that have come together with a clear goal and vision for the future," said Wolff.

"Girls on Track and Dare To Be Different are now one global organisation and we had the full support of Formula E in order to put on this event.

"It's a lot of different organisations that have come together because we have a clear vision.

"This is the first showcase of what is possible." 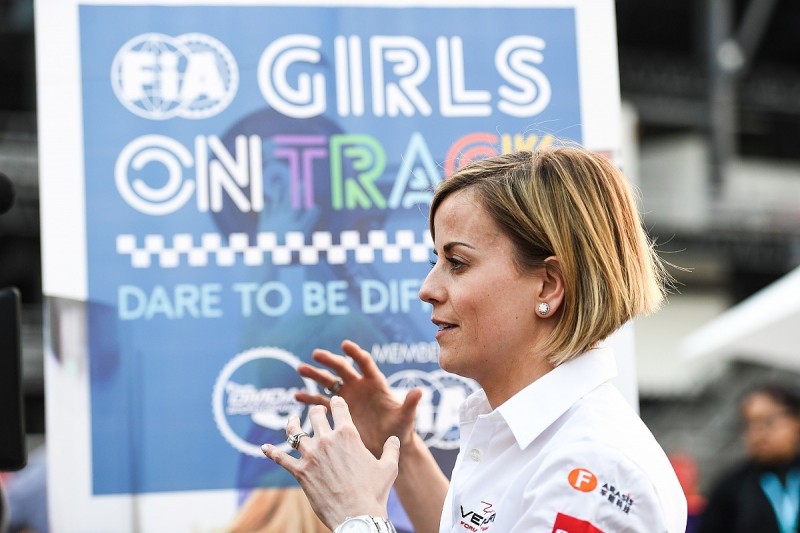 Wolff added that there had been a concerted effort to cover the full spectrum of motorsport careers.

"You look in that [FE] paddock there is only 22 drivers. There's 22 drivers but must be around 500 people working in the paddock," Wolff said.

"For me it's making sure that the sport as a whole is more diverse, because there are opportunities but our sport can be seen as inaccessible.

"It's about making sure the next generation has the opportunities within the wider world of motorsport, the more women involved and more will rise to the top."

The FIA, FE and the Mexican E-Prix organisers all supported the event.

The FIA's deputy president for sport Graham Stoker said the governing body was "delighted" to partner with D2BD.

"Our sport is almost unique in that men and women can compete together on equal terms," said Stoker.

"We've done a lot of work over recent years with the FIA Women in Motorsport Commission, but as it stands now our sport still only has around 5% female participation - of course the goal needs to be 50%.

"That's not just our goal, but as the FIA is a full member of the International Olympic Committee, it means that we have now signed up to complete gender diversity within our sport.

"We know can do it, but what we needed was proven delivery mechanisms in order to achieve that target, which is where this programme comes in.

"We've been working in Europe with The Girls on Track project, which is recognised and part funded by the EU, and Susie also over the last four years has rolled out the superb Dare to be Different project.

"I'm delighted that we can join together, it's a fabulous fit, and I think we're now going to break the mould, and bring a significant amount of young women into our sport."

When asked if she would target holding similar showcase events alongside other FIA championships such as Formula 1 and the World Rally Championship, Wolff said: "Let's not run before we can walk.

"We had huge support from Formula E and they've been instrumental in allowing this event and you need the promoter onboard with the vision too.

"Formula E have been the groundbreakers in that respect, let's see if there is interest from the others."