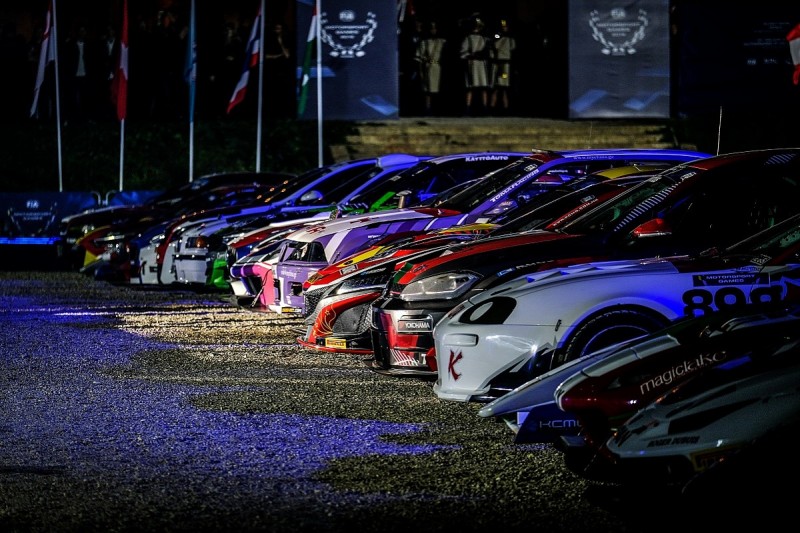 Australian Cody Nikola Latkovski took the Digital Cup esport gold at the Italian track near Rome, while Ukrainian Dmitriy Illyuk claimed the top step on the podium in the Drifting Cup.

Latkovski triumphed in the Digital Cup with an innovative strategy at the wheel of his Red Bull X2019 Competition in the 19-lap virtual race around the Barcelona circuit.

The rules dictated that each driver had to use hard, medium and soft-compound tyres over the course of the race, with Latkovski opting to run two sets of softs and then complete one lap each on the mediums and hards right at the end of the event.

The 19-year-old of Macedonian descent, whose father Valentin was representing their homeland in the Digital Cup, was behind race leader Bernal Valverde from Costa Rica as they headed to the pits at the end of the penultimate lap.

Valverde spun at the chicane, but recovered to take silver, two seconds down on the winner and 10s up on bronze medalist Stefano Conte from Italy.

A total of 31 nations competed in the esports event, with 12 qualifying for the final.

Illyuk, who was at the wheel of a Nissan 200SX, triumphed over Czech BMW M3 driver Michal Reichert in the Drifting Cup final.

They could not be separated by the judges after their first run in the knockout competition, which meant they had to take part in a re-run to decide the destination of the gold medal.

Russian Ilia Fedorov took bronze in his Nissan Silvia after a walkover victory ahead of Italian Federico Sceriffo, who slid into his rival at the start of their run. 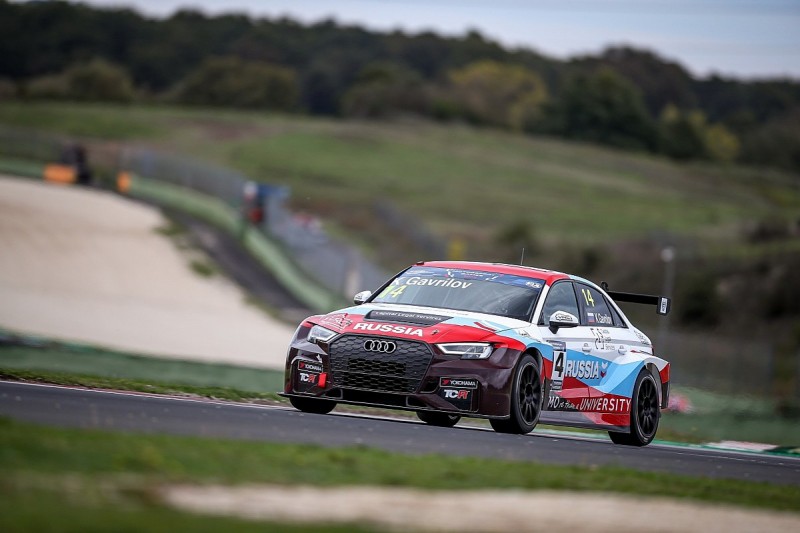 Russia triumphed in the first of the two races that will determine the outcome of the Touring Car Cup for TCR cars.

Klim Gavrilov qualified on pole and led from start to finish in his VRC-run Audi RS3 LMS on the way to a five-second victory.

Magnus made contact with Tom Coronel's Boutsen-Ginion Honda Civic as he took fourth place on lap six and then passed French driver John Filippi's Cupra TCR for the final spot on the podium four laps later.

Dutchman Coronel ended up eighth after his right rear suspension was damaged in the incident with Magnus.

The winner of the Touring Car Cup will be decided by points scored across the Saturday and Sunday races. 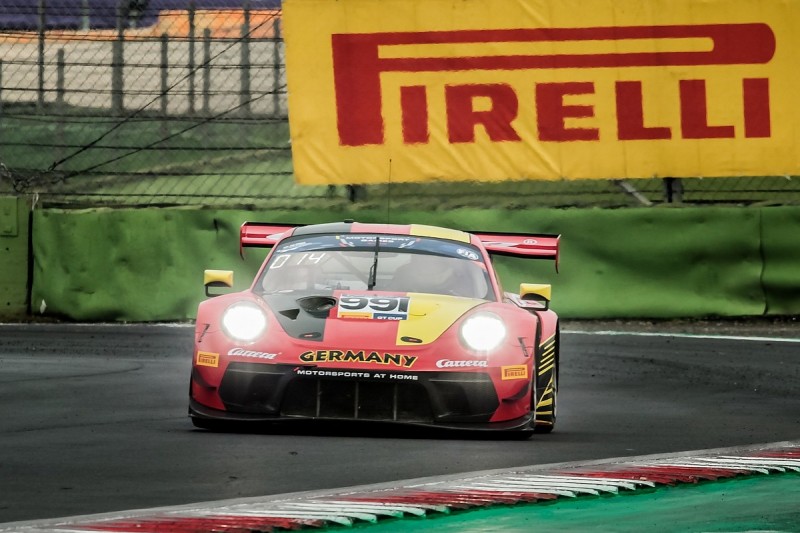 The first of the two qualifying races for pro-am GT Cup competition was won by Germany and the Herberth Motorsport Porsche 911 GT3-R shared by Steffen Gorig and Alfred Renauer.

They triumphed in a confusing one-hour race that was red-flagged in light drizzle with two cars stranded on track.

There were eight minutes left on the clock when the race resumed behind the safety car, only for race control to then add 21 minutes to its duration.

That scuppered the chances of the drivers at the front of the safety car queue who had returned to the track on wet-weather Pirelli tyres.

The Rinaldi-run Team Russia Ferrari 488 GT3 with Denis Bulatov at the wheel and the Turkish Aston Martin Vantage GT3 with Ayhancan Guven driving dropped back as the track began to dry.

Denmark's Christina Nielsen took over the lead in the slick-shod Reno Racing Honda NSX GT3 Evo started by Jens Moller, before losing out to Renauer with 10 minutes left on the clock.

The Porsche pulled out a lead of nearly nine seconds over the remaining laps as Nielsen fended off Nico Verdonck in the Belgian Attempto Racing Audi R8 LMS started by Louis Machiels.

The Audi was subsequently given a 30s penalty for a driving infringement and dropped to eighth.

That promoted the Polish Lamborghini run by Vincenzo Sospiri Racing and driven by Andrzej Lewandowski and Artur Janosz to third.

The Japanese Lamborghini Huracan GT3 Evo run by FFF Racing led the early laps in the hands of Hiroshi Hamaguchi.

Team-mate Ukyo Sasahara was running third after the restart when he sustained a puncture and could only finish 11th.

The grid for the final will be set by the finishing position across the two qualification races, the second of which takes place on Sunday morning. 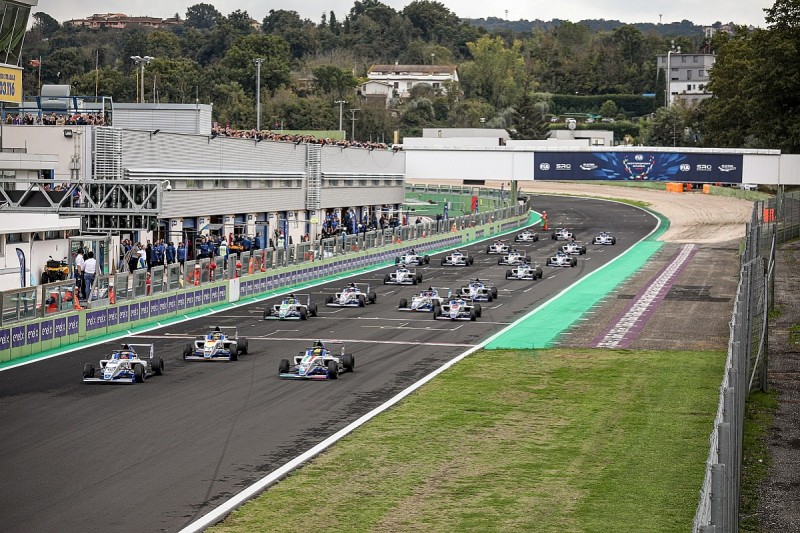 The Formula 4 Cup qualification race was won on the road by Italian Andrea Rosso in one of 20 identical Abarth-powered KC MG-01 hybrids centrally run by Hitech Motorsport.

Rosso, who was confirmed as part of the field only in the week leading up to the event, moved back into the second position in which he had qualified on lap nine at the expense of Israel's Ido Cohen.

Two laps later, he made it into the lead ahead of German Niklas Krutten, who dropped behind Cohen in the same exchange.

Rosso's move on Cohen was subsequently deemed to have taken place under no-overtaking yellow flags and he had two seconds added to his race time.

That dropped him to second, eight tenths behind the Israeli.