The W Series was announced last month and has been created to promote female talent with a funded six-round series and a $1.5million prize pool.

It was met with a mixed reaction from female racing drivers, with the likes of IndyCar driver Pippa Mann speaking out against the W Series concept on Twitter.

De Silvestro agreed with some of the criticism directed at W Series, claiming that money coming into the category could be better spent, and said a driver-development model would give female talent a better shot at securing competitive seats in established series.

"I don't think it's the way to go about it," open-wheel star turned Supercars regular de Silvestro told Autosport.

"If there's really that much money going into the series, there are a few girls that have been pretty competitive in junior series.

"It seems like everyone is just struggling to get the shot.

"Even in my career, if I look at my IndyCar career or even before that I never really got a shot with a top team. I think that's the missing piece.

"If you look at a Red Bull affiliation or a Mercedes affiliation, somehow these kids always get into the best teams and then they're winning.

"I think it would have been better to do something like a Red Bull programme and make sure some girls get an opportunity in a really good team.

"I think that would have changed a lot of point of views." 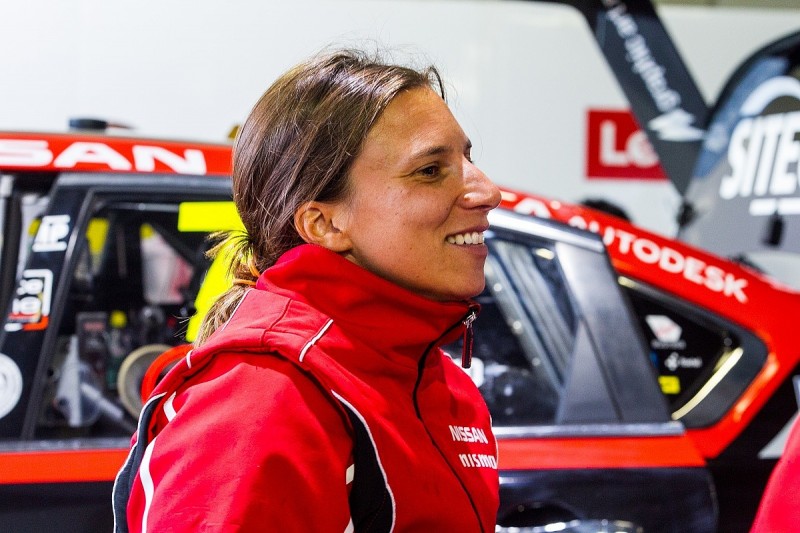 De Silvestro believes her deal to race a Michael Shank Racing-run Acura in next year's Daytona 24 Hours alongside fellow ex-IndyCar drivers Katherine Legge and Ana Beatriz is a perfect example of how to structure a programme aimed at female drivers.

"What we've been able to do with the IMSA deal with Shank Racing, the line-up we have is really strong," she said.

"I know Katherine and Ana really well and they are proven winners in junior series.

"When this deal came together, it was a no-brainer to do it because I know we all really click and we're going to be in a good car.

"Maybe it will show that the people who have the guts to give women a proper opportunity, that's the way to do it."