Sim racing has enjoyed a boom period following the coronavirus pandemic and allowed real-life drivers the chance to flourish under a different spotlight. But who are the drivers who have bolstered their reputations through the virtual world? JOSH SUTTILL explores

The unique period of sim racing taking centre stage in the motorsport world due to the COVID-19 pandemic will come to a close with the return of most major real-world championships including Formula 1 this weekend.

Over the past four months, there have been varying levels of commitment to the virtual world and a wide range of success in drivers attempting to transfer their real-world speed.

Drivers have used sim racing to not only stay sharp ahead of the resumption of real-life track action but also as a rare opportunity to express their personalities to fans.

While Formula 1 drivers Max Verstappen and Lando Norris used sim racing to connect with their audience well before this postponement period, plenty of others have used the hiatus in real-world racing to follow in their footsteps and given their reputations a shot in the arm in the process.

Autosport highlights some of the stars of lockdown who should garner far more attention when they resume racing in the real-world. 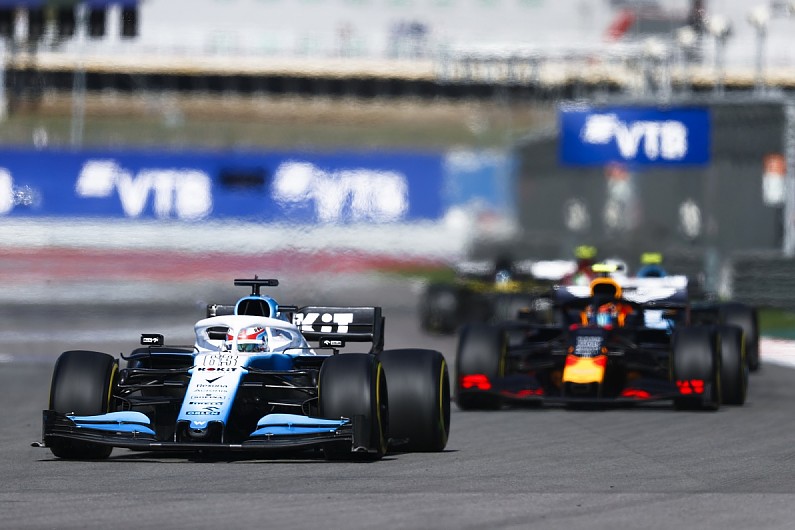 Together with Ferrari's Charles Leclerc - exempted from this list for the simple reason that his stock couldn't be much higher right now - the former Formula 2 rivals turned F1 racers kept fans entertained from the moment they entered the virtual world. Along with Norris, they are responsible for perhaps the most iconic moments of this sim racing period - from virtual lawnmower racing to truck driving - which will be fondly remembered for many years to come.

But in addition to entertaining F1's audience, they also managed to turn F1's Virtual Grand Prix series on the F1 2019 game into a real contest. After Leclerc dominated on his Virtual GP debut at Albert Park, finishing 31 seconds clear of Russell while Albon spun out of third place, the latter pair managed to close the gap in the subsequent rounds.

While Albon matched Leclerc's tally of two wins, Russell romped to four successive race victories and the unofficial championship title. Without the real-world car disadvantage of his 2019 Williams, Russell grasped the opportunity to remind people of the dominant form he had shown on his way to consecutive GP3 and F2 titles in 2017 and '18, in doing so demonstrating that he merits a car that can do more than prop up the grid.

Beyond their virtual success, Russell and Albon - along with Leclerc, Russell's team-mate Nicholas Latifi and Alfa Romeo's Antonio Giovinazzi - also organised a charity series on F1 2019 that raised over $70,000 for the World Health Organisation's COVID-19 Solidarity Response Fund. 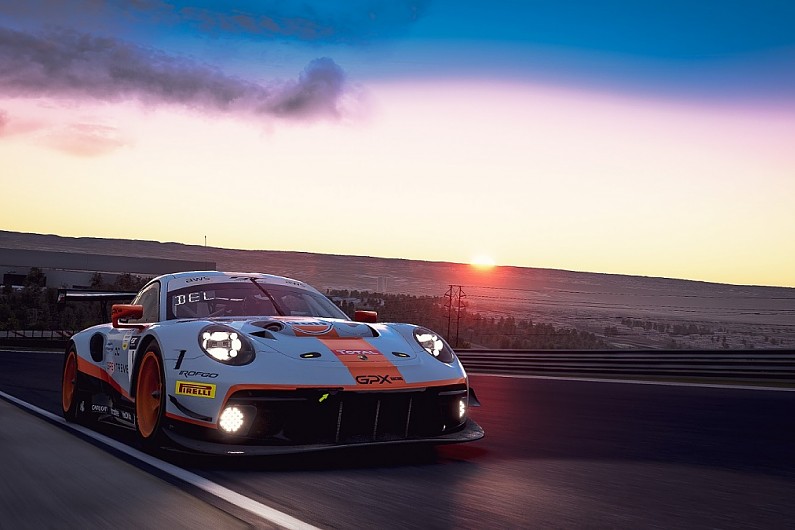 The Swiss 23-year-old has spent the last three years racing in F2, but is still yet to achieve a maiden victory - missing out to Anthoine Hubert by 0.059s in the Monaco sprint race last season.

However, the Haas F1 reserve has demonstrated his real-world potential in the virtual world with three major successes across the sim racing spectrum over the past couple of months.

The most high-profile of these came when he was part of the winning Rebellion Williams Esports team in the inaugural 24 Hours of Le Mans Virtual alongside Mercedes GT racer Raffaele Marciello and sim racers Nikodem Wisniewski and Kuba Brzezinski.

Deletraz, who will make his real-world Le Mans debut with Rebellion in September, was instrumental in instigating the partnership between Rebellion and virtual giants Williams Esports that also yielded three cars inside the top six.

Driving a GPX Racing Porsche - which he had planned to race in the GT World Challenge Paul Ricard 1000km race prior to the its cancellation - Deletraz followed that victory by sealing the SRO GT Esports crown at a virtual Kyalami circuit, despite an early collision. He was the only driver to score points in every race, and only former Formula Renault 2.0 sparring partner Ben Barnicoat denied him the honour of being the sole driver to win more than one race by just 0.070 seconds on Assetto Corsa Competizione's replication of the Nurburgring.

Further proving his versatility, he took victories in the Virtual F2 series at Monaco and Baku, only narrowly missing out on the unofficial championship to Arthur Leclerc.

Ahead of his fourth season at F2 level with Charouz Racing System - with the same engineer, Martin Proc, that ran him to Virtual Le Mans glory - Deletraz's sim racing success could provide just the confidence boost he needs to make an impression in the real-world. 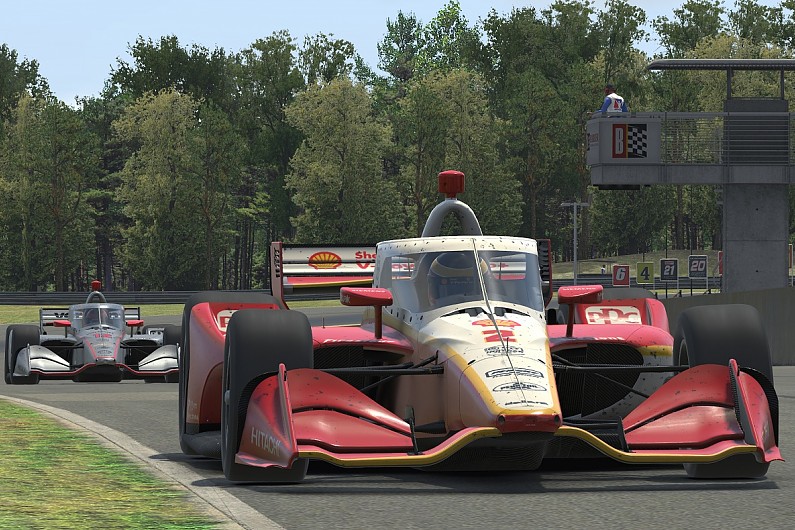 By the end of the six-race IndyCar iRacing Challenge series, it had begun to feel like two-time Supercars champion McLaughlin had been racing in IndyCars for years, such was the impressive manner in which he adapted to racing alongside - and beating - the championship regulars.

The Kiwi only once finished outside the top four - a 24th place finish at Motegi coming after a clash with Team Penske team-mate Will Power and the lapped car of Oliver Askew while battling for the lead - and managed two race wins, at Barber Motorsport Park and in the dramatic finale at the Indianapolis Motor Speedway, marred by a final-lap collision between Santino Ferrucci and Askew on the run to the flag.

McLaughlin was aided in the iRacing series by Penske engineer Jonathan Diuguid, who ran Juan Pablo Montoya and Dane Cameron's IMSA Sportscar Championship-winning Acura DPi last year and has previously engineered three-time Indianapolis 500 winner Helio Castroneves in IndyCar. The two built a good rapport that would have been handy come McLaughlin's planned Indycar debut at the Indianapolis GP, before the coronavirus pandemic put those plans on hold.

Having finished runner-up to Shane van Gisbergen in the Supercars ESeries, which enjoyed guest appearances from Verstappen and Norris, the reigning Supercars champion has already returned to real-world racing, having won two of the three races in last weekend's Supercars round in Sydney.

IndyCar fans will be hoping the iRacing Challenge series will not be the last they see of the 27-year-old, who would be a major asset to the championship if his debut with Penske can be re-scheduled. 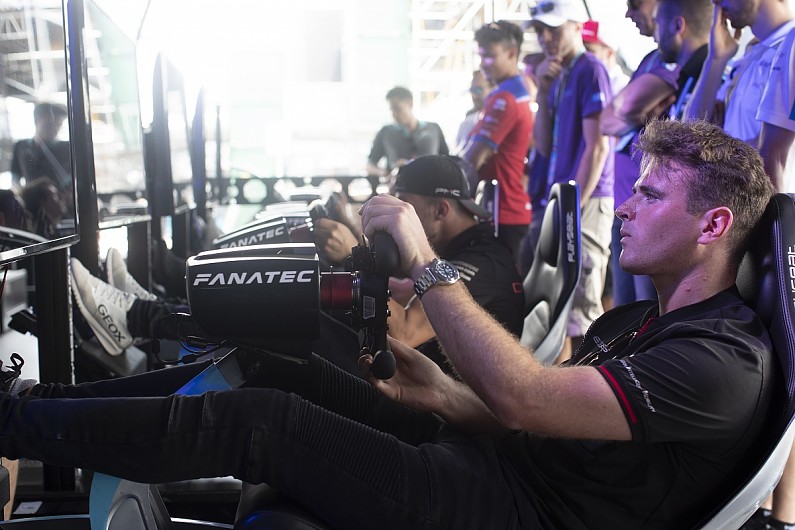 Rowland arguably improved more than anyone else during Formula E's Race at Home Challenge series, which was run in partnership with Motorsport Games to support the UNICEF coronavirus relief fund.

The Nissan e.dams driver finished down in sixth place in the opening encounter at Hong Kong on rFactor 2 and sat 10th in the drivers' championship at the halfway stage. The next round at Berlin proved to be the turning point, as he capitalised on contact between race-leader Stoffel Vandoorne and 'Daniel Abt' - actually sim racer Lorenz Hoerzing - to make an opportunistic pass and secure his maiden win.

Rowland added a second victory in the final race of the season, a double points race also staged at a virtual Berlin, to secure third place in the championship, which was followed by the 27-year-old British racer claiming second place in the five-round BRDC Esports Championship on iRacing.

Arguably his strongest drive was in the 24 Hours of Le Mans Virtual where he led in the early stages of the race and recorded the fastest average stint of any real-world driver in the event.

Although he has a vast amount of experience in simulator roles for Renault, Williams and Nissan, Rowland admitted he was far more used to using the virtual world to develop a car, rather than for competitive racing. But adapting his style duly reaped the rewards and he'll be hoping to carry on that strong sim racing form into Formula E's run of six races in nine days at Berlin in August to completes its 2019/20 season. 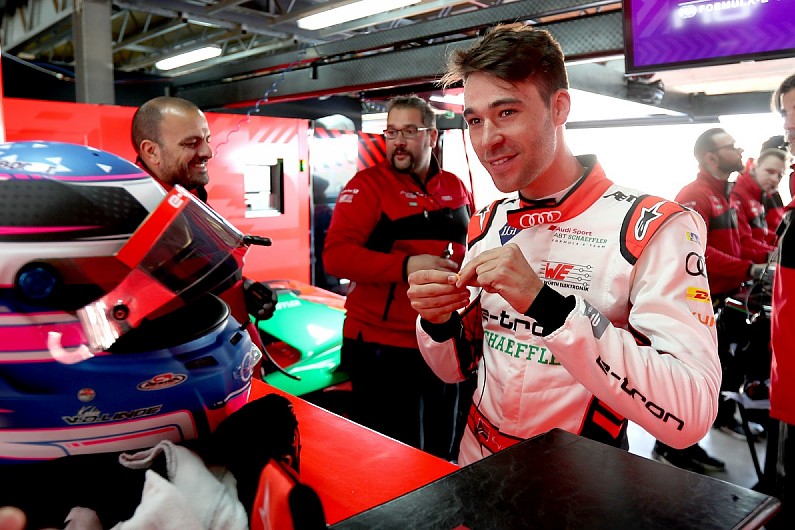 The Audi factory driver is no stranger to the virtual world, but his performances in sim racing during lockdown went consistently under the radar, much like his impressive real-world GT career.

The 2019 ADAC GT Masters champion kicked things off in Team Redline's Real Racers Never Quit series, a six-round championship staged over two weeks in which he was the closest rival to eventual champion Verstappen. Van der Linde took a pair of double race wins in Supercars at Watkins Glen and then won both races from pole at Suzuka in LMP2 machinery, comfortably beating Norris to second place in the drivers' standings after 12 races in Formula 3, LMP2, Supercars and GTE cars.

The 24-year-old was also incredibly quick in the virtual Le Mans event, with the second-fastest average stint of any real-world racer. His #30 E-Team WRT led during the early stages before a technical issue dropped them from a lead battle that they would have likely remained in until the chequered flag, as their recovery to seventh place showed.

Van der Linde replaced the ousted Abt at Audi for the final round of Formula E's Race at Home Challenge series and immediately qualified on the front row, then went on to take third place in his maiden outing.

He also took part in six races of DTM's Esports series and finished on the podium in all but one of the races, when he was on the receiving end of a robust last-corner overtake by two-time DTM champion Rene Rast.

He triumphed in a thrilling five-car fight for the victory in the second race at Monza by just 0.031s to take his first win in the series, which featured some of the most frenetic racing of any sim racing series during the lockdown.

Showing his vesatity, Van der Linde also tried his hand at World RX during the series opener at a virtual Yas Marina circuit. He qualified fifth after four chaotic qualifying races and only narrowly missed out on a place in the final, which was dominated by Supercars star Shane van Gisbergen - another strong real-world driver throughout lockdown.

Van der Linde is one of the leading stars of the GT world, but his virtual world performances and strong maiden real-world FE test for Audi earlier this year suggest that he would be deserving of an opportunity if Rast were to falter during his intense six-race FE run in Berlin. 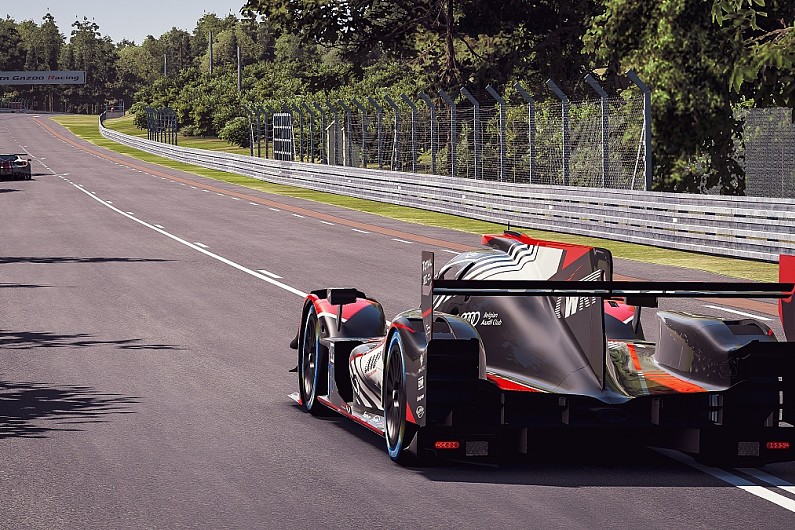