Nick Percat and Scott McLaughlin claimed Sunday's Supercars victories at Sydney Motorsports Park, with McLaughlin maintaining his championship lead after his second win of the weekend.

The two milestone drivers were locked in combat for much of the 32-lap race, Whincup getting a fast start from pole before being reeled in by Percat as the first stint wore on.

There was only a few tenths between them when Percat made his mandatory stop on Lap 14, taking four tyres on his Brad Jones Racing Holden.

Whincup pitted a lap later to cover the undercut, Triple Eight opting to fit his car with just two new tyres on the right-hand side.

That gave Whincup a couple of seconds breathing room, but it didn't last long. With the better tyre condition Percat was quickly on Whincup's bumper, before executing a smart move at Turn 4 on Lap 22 to snatch the lead.

From there Percat charged to a 3.1s victory, his first since Adelaide 2016 and BJR's first since Winton 2016. 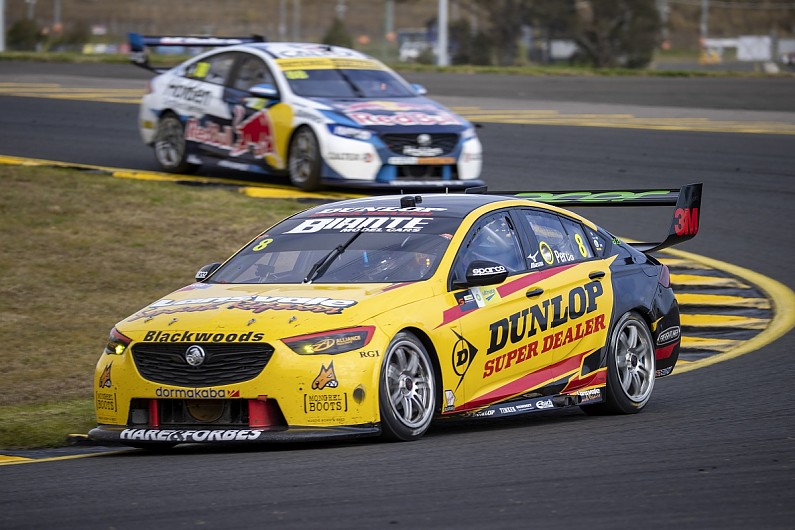 McLaughlin finished third after a thrilling four-way battle with Chaz Mostert, David Reynolds and Cam Waters in the closing stages.

Having dropped back through the field on older tyres early in the race, McLaughlin managed to claw his way onto the back of a battle between the other three.

It wasn't until the final few laps that McLaughlin managed to work his way through, better tyre condition when it counted helping him pull three seconds over Mostert by the finish.

McLaughlin held off Lee Holdsworth in the third and final Supercars race at Sydney.

Starting from pole, McLaughlin made light work of the first stint, his advantage over Jamie Whincup blowing out to as much as five seconds.

That changed briefly around the stops, Whincup pitting on Lap 13 for two tyres, before McLaughlin followed suit for four tyres a lap later.

The longer stop meant McLaughlin's gap to Whincup was cut down to around a second, however the reigning champion was quickly able to use his better tyre condition to pull away. 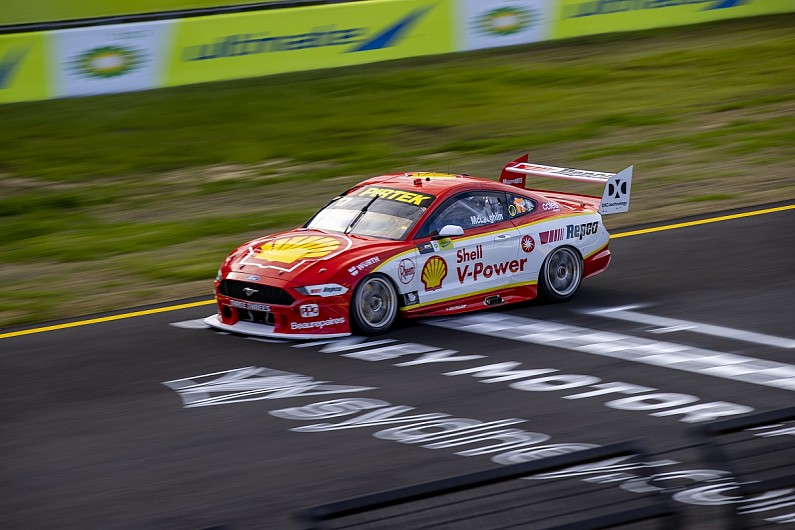 Holdsworth, meanwhile, was even better positioned in terms of rubber having only taken two tyres on during Races 1 and 2.

The Tickford driver ran deep into the first stint, taking on four new boots on Lap 18. He emerged at the back of the Top 10 and around 10s off the lead, but could quickly cut his way through the field.

But the tyre advantage wasn't quite enough for Holdsworth to get to McLaughlin, the pair separated by 1.5s at the finish.

Whincup finished a lonely third, with David Reynolds more than 10 seconds further back in fourth.

There was just a single DNF, Fabian Coulthard's Penske Ford rolling to a stop on the penultimate lap.

McLaughlin now leads the series by 49 points over Whincup.