The #1 Rebellion Williams Esports entry survived a late challenge from the sole ByKolles car to win the inaugural 24 Hours of the Le Mans Virtual.

Organised by WEC, Automobile Club de l'Ouest and Motorsport Games, the virtual endurance race took place on the original weekend of the real-life 24 Hours of Le Mans prior to its postponement to September due to the COVID-19 pandemic.

With Marciello at the wheel, the #1 car was elevated into the lead when Max Verstappen's Team Redline car - shared with McLaren F1 driver Lando Norris - hit technical issues whilst leading as the virtual night fell.

Having charged into the lead battle from eighth on the grid, the #1 crew controlled the second half of the race with the sister #13 car and the #4 ByKolles Burst Esports entry the only other two cars on the lead lap.

A red flag with just under four hours to go closed the gap between the top three, and the ByKolles car - managed and driven by real-world ByKolles driver Tom Dillmann - attempted an alternative pitstop strategy.

The polesitting ByKolles had recovered from a jump-start penalty and a broken simulator in the first half of the race, and was able to close onto the back of the second-placed #13 Rebellion Williams in the final half-hour.

Slovenian sim racer Jernej Simoncic, who set the lap that put ByKolles on pole position, made the most of his additional available fuel to pass the #13 Rebellion Williams of Michael Romanidis with just over 20 minutes of the race to go.

Greek sim racer Romanidis was able to re-pass at the end of the Mulsanne Straight, but Simoncic made a stunning overtake at the Porsche Curves to seal second and begin chasing after the race-leading #1 Rebellion Williams. 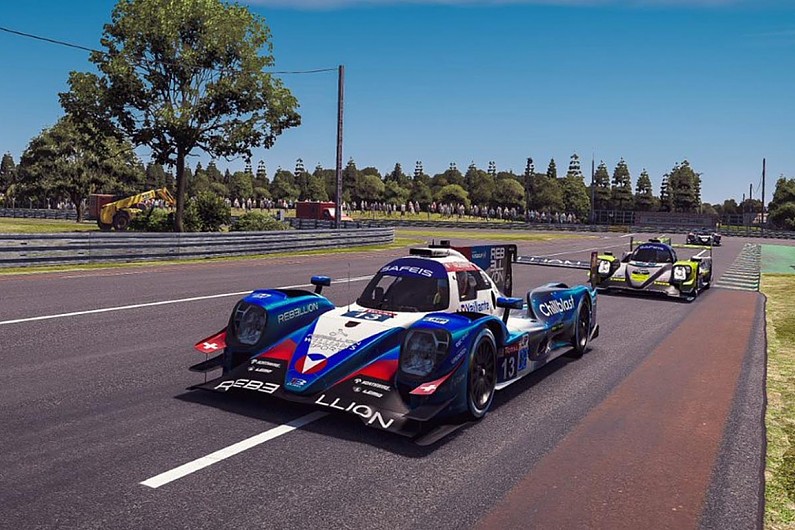 Simoncic set about decreasing Wisniewski's race lead, but he was unable to make significant inroads as the #1 car won by 17.781 seconds.

ByKolles was forced to settle for second place with the #13 Rebellion Williams rounding out the podium positions.

Among the early race casualties was Fernando Alonso and Rubens Barrichello's entry, as Alonso ran out of fuel within the first hour.

Two-time F1 champion Alonso picked up a stop-go penalty for a collision with Simona de Silvestro in a Porsche GTE, and ended up having to serve his penalty rather than receiving fuel at his first pitstop which meant he ran dry on the next lap.

The car was reinstated following the first red flag period and reached the finish in 17th place.

Team Penske struggled on its return to Le Mans for the first time since the 1971 edition of the race, as its all real-world driver line-up were caught up in multiple incidents and technical issues which left the car as the penultimate LMP2 car classified. 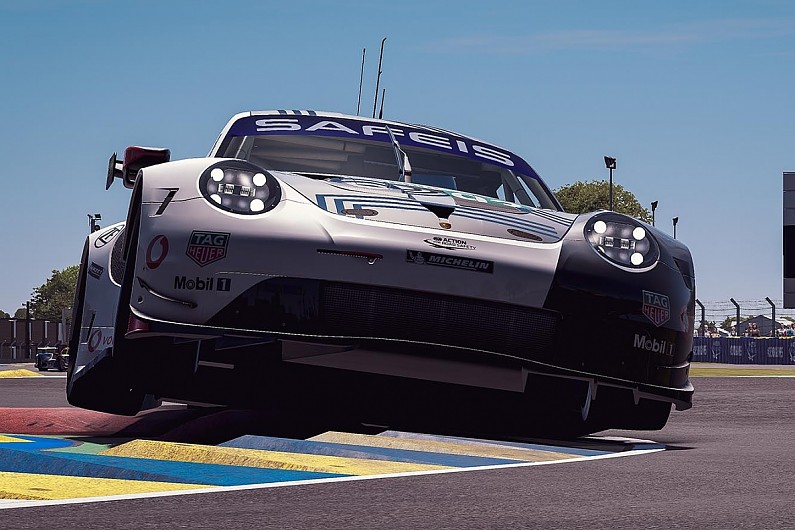 After Rogers took pole the car led for the majority of the race, and Porsche was set for a 1-2-3 before the sister #91 and #92 cars lost time when they suffered issues whilst changing drivers.

The #93 Porsche encountered no such issues and beat the second-placed #95 Aston Martin Racing entry by over a lap, with the Romain Grosjean-backed Corvette rounding out the top three despite two major collisions.

Ferrari F1 driver Charles Leclerc's virtual Le Mans debut was marred by technical issues, which at one point left his virtual Ferrari 488 GTE upside down in the pitlane. He was classified as 18th in class.