Formula 2 driver Deletraz seized the race lead at the start of the third round of GT World Challenge Europe's sim racing series on Assetto Corsa Competizione.

Deletraz's Porsche 911 GT3 was able to take advantage of a minor collision between Barnicoat and the polesitting Bentley of Jordan Pepper on the exit of Turn 1 on the opening lap.

Barnicoat made minor contact with the rear of the opening round winner Pepper, who was sent spinning into the grass while Barnicoat re-joined in second behind Deletraz. The stewards later decided to take no further action.

Deletraz was able to maintain a small advantage at the front of the 44-driver field until he made a mistake with just under 10 minutes of the one-hour race remaining and allowed Barnicoat through into the lead.

Barnicoat was harried by Deletraz for the remainder of the race, making slight contact with the back of Barnicoat's car going into the final corner of the final lap. 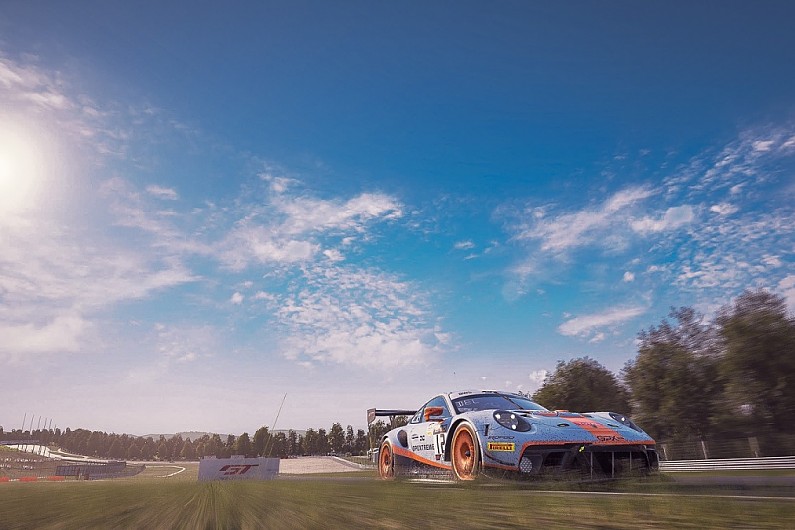 This set up a drag race to the finish line between the McLaren and the Porsche, with Barnicoat coming out on top to take his second podium of the season and the championship lead.

Bentley factory driver Andy Soucek took the final place on the podium ahead of the 2018 Spa 24 Hours Silver class winner Romain Monti, who made it two Bentley drivers in the top four.

The lead Ferrari of David Perel charged from 13th on the grid to finish in fifth place, matching his best result from the Silverstone opener.

Benjamin Tusting (McLaren) was sixth ahead of Lorenzo Marcucci, who led a one-two finish for Audi last time out at Spa.

Formula 1 world champion Jenson Button qualified in 20th place for the race but failed to start due to technical issues.