Will Palmer says he has elected to focus on a university placement year in asset management, instead of completing the 2018 GP3 season with MP Motorsport

But Formula Renault Eurocup frontrunner Christian Lundgaard replaced him for the Paul Ricard round last weekend and Devlin DeFrancesco will take the seat for the remainder of the 2018 season.

"It was a tough decision to make, whether to continue racing or not.

"We took quite a bit of time after Barcelona to try and work out what was best.

"The trouble is I could have combined racing and work, but it's too competitive to not be giving it my full focus.

"The other drivers are giving it their all - I'm at work four days a week and then popping to a race weekend.

"It wouldn't do the career I've had so far justice.

"We decided at this point, given I have strong opportunities with university and a work career, it was the right call."

The 2015 McLaren Autosport BRDC Award winner and last year's Eurocup runner-up views the rest of this season as a sabbatical, and said he intends to return to racing.

"It's definitely not me shutting the door permanently on racing," the 21-year-old added.

"I don't expect to be doing any more formula racing this year, but I'm hoping to come back to it in the future.

"I still love the racing - maybe in the future I'll have the chance to focus on the racing rather than having to focus more on the work side.

"Hopefully there will be some just-for-fun racing - some radicals or stuff like that. For fun, but also to keep sharp." 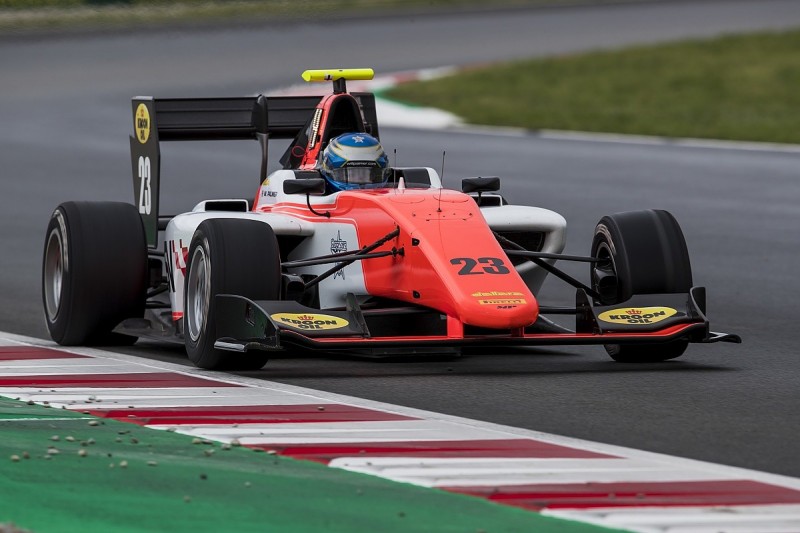 MP, which is new to GP3 in 2018, scored its first victory at Paul Ricard, with Dorian Boccolacci winning from pole in race one in France.

But the 19-year-old was later disqualified from the final results, as scrutineers were unable to take a litre of petrol for post-race analysis.

"We have a fuel pump where the fuel goes in the car and everything was ok with that," Boccolacci told Autosport.

"But the machine that pumps the fuel had a failure and it missed one litre.

"Nothing changed about our performance because at the end we were over the weight. "It's only about the rules and regulations.

"It's a bit sad because we worked really hard for this victory and also before with the pole.

"We were P2 [in the championship before the exclusion].

"We have to continue, keep working a lot as we are doing now, and hopefully it will pay one day."