Ilott won the previous race, the Paul Ricard reversed-grid encounter, and followed that up by dominating qualifying in Austria.

Pole was guaranteed for Ilott when the half-hour session came to an early end after team-mate and points leader Anthoine Hubert stopped out on track.

Hubert will start 19th after running wide on his last flying lap at the exit of the final corner, where he visited the grass, and then pulling up at the exit of Turn 6 a lap later, bringing out the red flag with just under two minutes left. The session was not restarted.

Like Formula 2 - the previous session on track - the main race order will be headed by a pair of Brits as Jake Hughes finished the session second, scoring his first qualifying top 10 since his return to GP3 this season with ART.

He missed out on pole by 0.037 seconds as Ilott set a 1m19.209s, with the top 15 drivers separated by under six tenths in a continuation of a narrow and closely fought season. 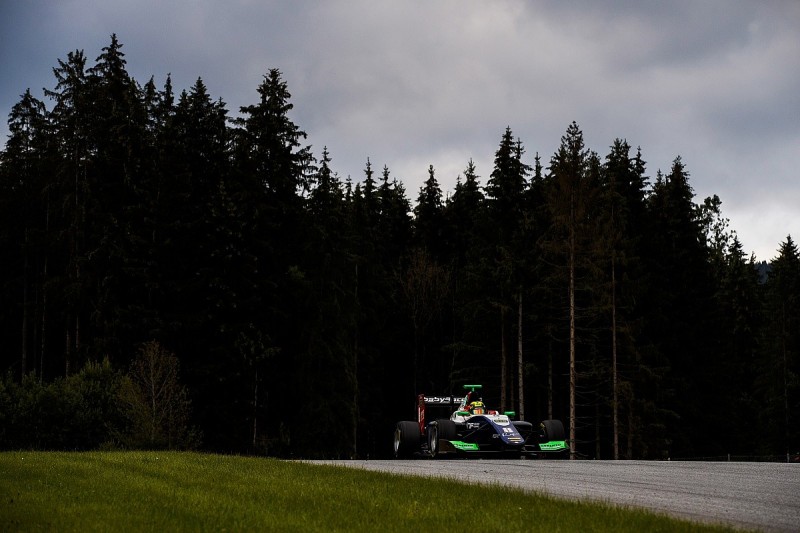 Alessio Lorandi showed Trident's potential by taking third on the grid, ahead of Barcelona polesitter Leonardo Pulcini in his Campos-run car.

Neither appeared to be a threat for pole, but the man rounding out the top five, the final ART of Nikita Mazepin, had earlier topped the session previously.

Mazepin was hurt by the early end to the session and had to settle for fifth, which nevertheless offers him an excellent opportunity to eat into Hubert's points' lead.

Pedro Piquet set fastest sectors at different times during the session, and appears to be getting quicker at each round as he stole sixth.

The son of three-time Formula 1 world champion Nelson beat his Trident team-mate Giuliano Alesi, who could only round out the top 10.

MP Motorsport driver Dorian Boccolacci took the fight to Piquet in seventh, his team lacking the overall pace it had at Paul Ricard where Boccolacci was on pole and won before being disqualified when his car was found to be short of a litre of fuel to sample.

New MP Motorsport driver Devlin De Francesco, replacing Will Palmer, will start last. Having never driven the car before the weekend, he qualified a credible 0.9s away from pole - demonstrating the closeness of the series.