He then tested with Arden in the post-season GP3 test at Abu Dhabi shortly after the championship's final round of 2017.

But faced with a shortage of what he described as "great opportunities" to compete this year, Palmer said was close to joining brother Jolyon - who has switched to commentating after losing Renault Formula 1 seat last year - on the sidelines until MP came calling.

"I wasn't expecting to be racing until the opportunity to do the pre-season [Barcelona] test came up," said Palmer. "So then I got the buzz back.

"At the time it was looking like there weren't any great opportunities on the grid, but then this one came up with MP.

"It's good working with the team and I'm happy."

Without the extensive testing many of his GP3 rivals enjoyed, Palmer struggled to manage his tyres at last weekend's Barcelona season opener and was the last classified finisher in race one in 18th.

"It's all last minute coming into it and that was actually my first race run I've done, learning a huge amount," he added.

"They [the tyres] fell away a lot towards the end, for the last five or six laps.

"Before that I had been with the cars in front. [Then] the tyres died.

"It's difficult to know when to push with these tyres - to have a good pace but not to be over slipping. I need to work on that." 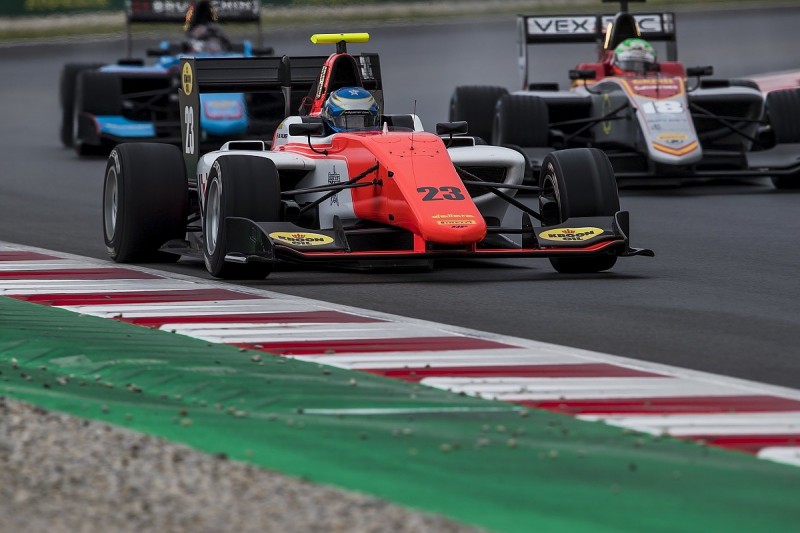 Palmer was the only driver to start on slick tyres in the Sunday sprint race and, despite dropping to the back of the field midway through the race and leaving the road multiple times, came through to finish 13th.

The 21-year-old is still hopeful of moving beyond GP3, but believes he needs the backing of a Formula 1 team to make the transition.

A number of GP3 frontrunners already have support from the likes of Renault, Ferrari and Force India.

"The problem is there's so few spots now, without a link to a Formula 1 team it's a long shot."

Has the new Norris already emerged?