The Carlin driver, who had qualified on the 11th row of the grid, smashed into the rear of Red Bull Junior Ticktum's Motopark car, which had stalled from its third-row start.

Other drivers had moved to avoid Ticktum, but Vaidyanathan had a clear road ahead for some distance before he hit the stalled machine.

Both drivers were hospitalised for checks as a result of the crash.

He told the stewards that he was focused more on the car to his left - the Hitech racer of Ben Hingeley - which was trying to overtake him.

As well as disqualifying Vaidyanathan from the race, and banning him from the final race of the weekend, the stewards requested that "the FIA consider whether [he] meets the standard of ability and awareness required to compete in this championship".

Vaidyanathan told Autosport: "The most important thing following the incident is that everyone is OK.

"Having held a completely clean licence in the last two seasons I am obviously devastated at the consequences of my mistake, which took place in the high-stress environment of a race start.

"I've apologised to Dan for ruining his race and was happy to see both he and his team recover to take the win in race three."

"I still have a bit of a headache, but my neck and everything else were pretty much OK after one hour," Ticktum said after his win.

"For the repair, luckily we had enough hands at Motopark - we have six cars at the team, so we have a decent number of people.

"But the fact that the car was raceworthy is incredible - I have to say a massive thanks to the team, and even Timo [Rumpfkeil, team boss] was on the floor getting his hands dirty."

Ticktum sits one point behind championship leader Marcus Armstrong, and predicted that "he [Armstrong] won't stay there for long".

"I don't think any of my weekends [this season] have been the smoothest," he said.

"[But] qualifying has always been really good so the pace is there.

"The stall [in race two] was my fault, and there have been a couple of mistakes on my side, but also luck hasn't gone my way." 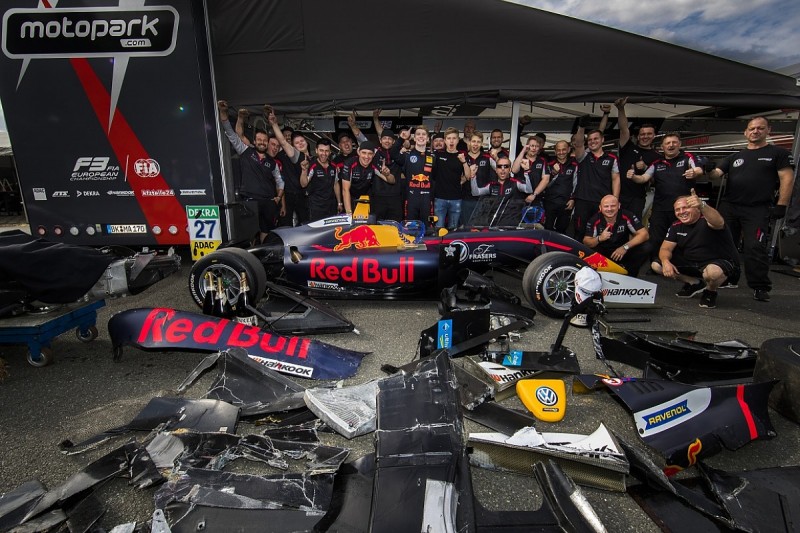 Ameya Vaidyanathan made a blunder last Sunday - there's no argument about that.

It was a blunder that had spectacular consequences, and it could have been so much worse - especially bearing in mind the debris that was flying around after the impact.

But he's not the first person to make such a gaffe in a motor race, and he certainly won't be the last.

It does seem a little harsh that the stewards have issued an unprecedented request that the FIA assess Vaidyanathan's ability and awareness.

Yes, he made a big mistake, but is public humiliation of a driver the right way to go about things? 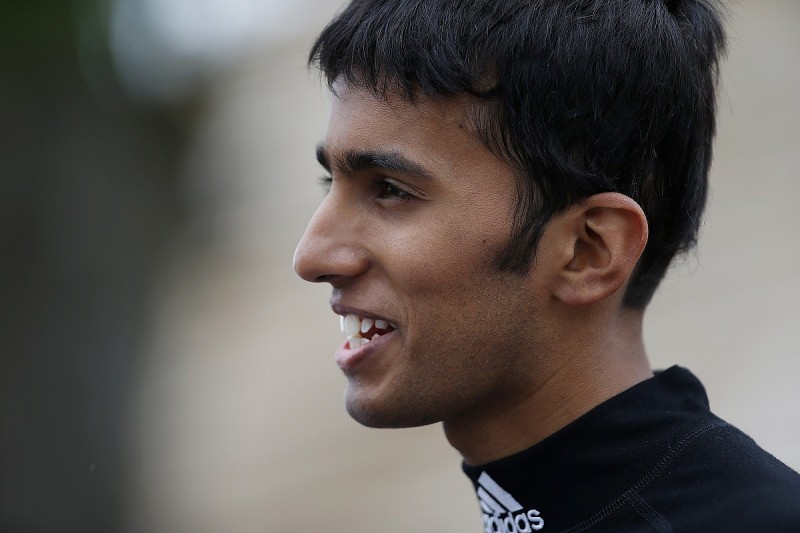 Let's rewind three years - Lance Stroll, as an F3 rookie, caused some major shunts at Monza and Spa due to overaggressive driving.

Stroll's crime was worse than Vaidyanathan's, because his driving was reckless, but there was no suggestion that his future in the championship would be put under the microscope of assessment of his abilities.

It does feel as though the stewards at the Norisring were judging incidents on their outcome rather than the intent - or, in legal terminology, the 'actus reus' over the 'mens rea'.

Just a few seconds after the Ticktum/Vaidyanathan shunt, Robert Shwartzman was knocked into the wall on the exit of Turn 1 in a brush with Enaam Ahmed.

That had 'racing incident' written all over it, but Ahmed was hit with a time penalty that cost him second place and demoted him outside the points.

It's all very well officials trying to clean up motor racing, but there has to be some acceptance that things just happen - especially on a wall-lined track like the Norisring - otherwise they're going to ruin the sport in the same way as the VAR is blighting the World Cup.