The son of seven-time Formula 1 world champion Michael finished runner-up in German Formula 4 this year, and he is still a title contender in the Italian series, with nine wins to his name across both championships this season.

"If I were offered that opportunity, I would focus fully on Formula 3.

"Of course it would have been nice to win the [German] championship this year, but we rounded off the season by clinching the team championship [for Prema]."

Schumacher highlighted qualifying as an area where he believes he needs to improve, but he believes he has proven his racecraft in the formative years of his career - showcased by charging from 22nd to sixth and 35th to eighth in two of the three races at Hockenheim last weekend.

"With every race and with every year, you get better," he said. "Every mistake is valuable.

"You can only learn from them and make sure that they don't happen in the future. 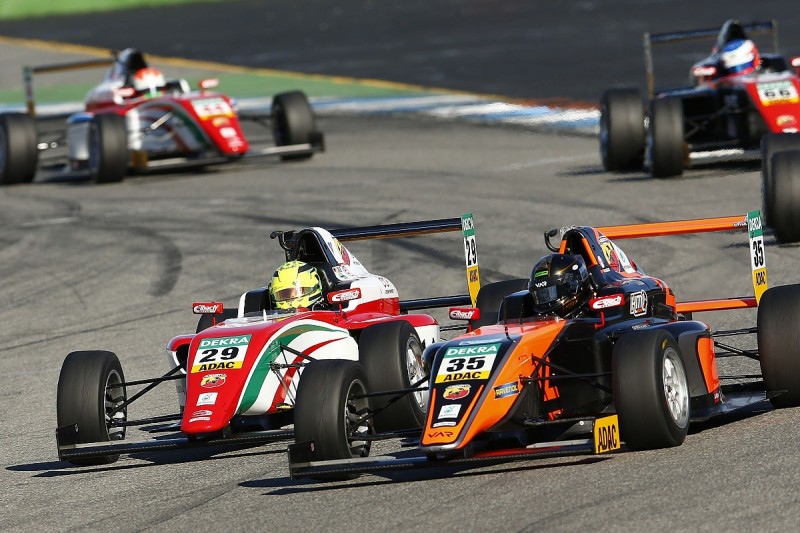 "At the same time, we've had a lot of bad luck this season, which meant we've had to do plenty of overtaking.

"But I also believe as a driver that has taught me quite a lot in terms of experience in how to overtake properly.

"In a formula car it's obviously a different matter [compared to karting], but even there it's going pretty well.

"I mostly drive by gut feeling - when I see a gap that I like, I go for it.

Schumacher lost the German F4 title to Australian Joey Mawson, who is also aiming to move into F3 next year.