Contractual restrictions within F1 have always prevented game developers from being able to allow the official drivers to change teams, for example prohibiting a move such as Lewis Hamilton leaving Mercedes to join Ferrari.

But, in F1 2019, which is released on June 28, the real-world drivers will move around the grid based on their performances, in the same way the human player has been able to throughout the Codemasters F1 series.

Most driver moves will take place at the end of a season, "depending on the success" of a driver, according to F1 2019's chief game designer Gavin Cooper, but there is also a small chance of mid-season changes.

In-game, the player will be informed of moves in the driver market via communication from their agent.

In a detailed set of notes released a week before the game comes out, Cooper added: "Over the course of the career mode's 10 seasons players can expect to see the dominance of the current mainstays of the sport challenged by a field of young, up-and-coming drivers." 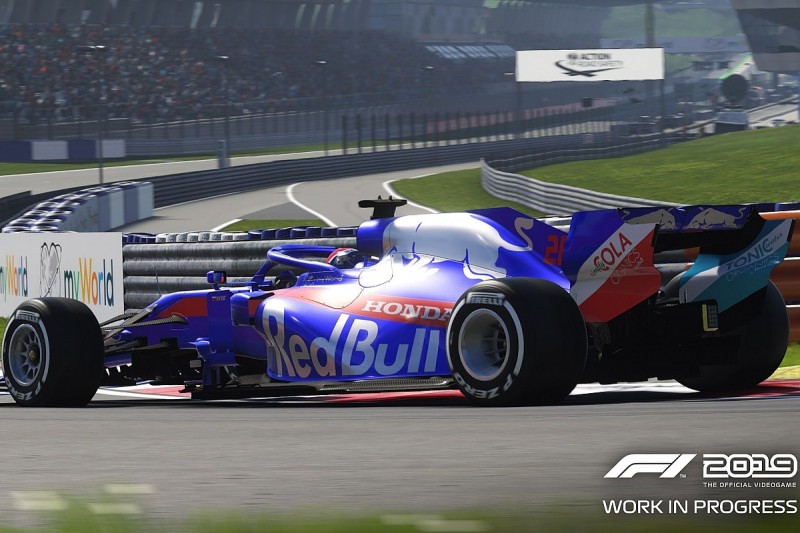 F1 2019 includes Formula 2 for the first time, which is also part of the career mode, and new features include a story mode where the player interacts with fictional characters that progress through the game as well.

While it was already known that the additional characters - Lukas Weber and Devon Butler - would also be able to move around the F1 grid, and possibly retire before the 10 seasons are up, Codemasters kept the news of the official drivers being able to switch between teams under wraps.

Other new features in the game include an Ayrton Senna vs Alain Prost challenge mode, car livery customisation for online racing, an overhauled leagues section to manage online championships, and a new race highlights function that picks out the best bits of a player's race and produces a highlights reel that can be saved.