The Swede, winner in 2014 with Mucke Motorsport and last year with Prema Powerteam, rejoins the Theodore Racing-backed Prema squad with which he also claimed the 2015 F3 European Championship title.

Rosenqvist effectively replaces his successor as European champion, 2017 Williams Formula 1 drive contender Lance Stroll, who confirmed last weekend that he would not be competing in Macau.

He will be joined in the F3 World Cup - which takes place on November 20 - by Prema regulars Nick Cassidy and Maximilian Gunther, with Cassidy aiming for his second Macau podium.

Another F3 returnee is Spa 24 Hours winner Alexander Sims, who rejoins the Double R Racing team with which he finished third in 2015. 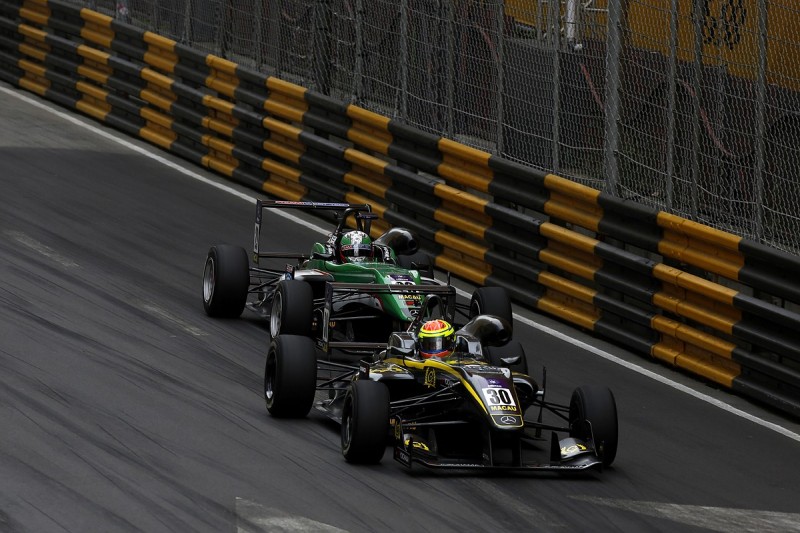 Apart from Stroll and Barnicoat, the other nine winners from this year's European championship are all hoping to compete in Macau, although two of them do not yet have confirmed entries.

As well as Cassidy and Gunther, their numbers include Britons George Russell and Callum Ilott, along with Joel Eriksson, Red Bull Junior Niko Kari and Anthoine Hubert.

Of the two unconfirmed 2016 winners, Autosport understands that Ralf Aron is working hard on a deal, while GP3 convert Alessio Lorandi is said to be hoping to find a drive.

Nissan-contracted Welshman Jann Mardenborough, who lost the Japanese crown to Yamashita at the final round, makes his Macau debut in his regular B-Max Dallara-Volkswagen.

Ex-MSA Formula ace Dan Ticktum, who has been serving a 12-month ban from motorsport competition, is expected to be the second Double R driver, although his name has not been confirmed yet.