Several drivers on the Macau entry list have not competed in FIA-spec F3 this season, and traditionally they would have to make two F3 race starts in the current calendar year to be allowed into the event.

But Autosport understands that the FIA, which has become much more heavily involved in Macau organisation this year and has given the race the title of F3 World Cup, has stipulated that the Macau qualifying exercise must be carried out in an FIA-rules F3 event.

With the 2016 Japanese championship finished, that leaves just the European finale at Hockenheim next week.

The problem is that Formula Renault Eurocup champion Lando Norris and MSA Formula race winner Dan Ticktum - who both have deals for Macau - have each completed a substantial number of 'rookie' test days with F3 European Championship teams in preparation for 2017.

They have therefore exceeded the number of permissible private test days prescribed by the European championship's sporting regulations when they did not know that they would have to contest a 2016 round to be eligible for Macau. 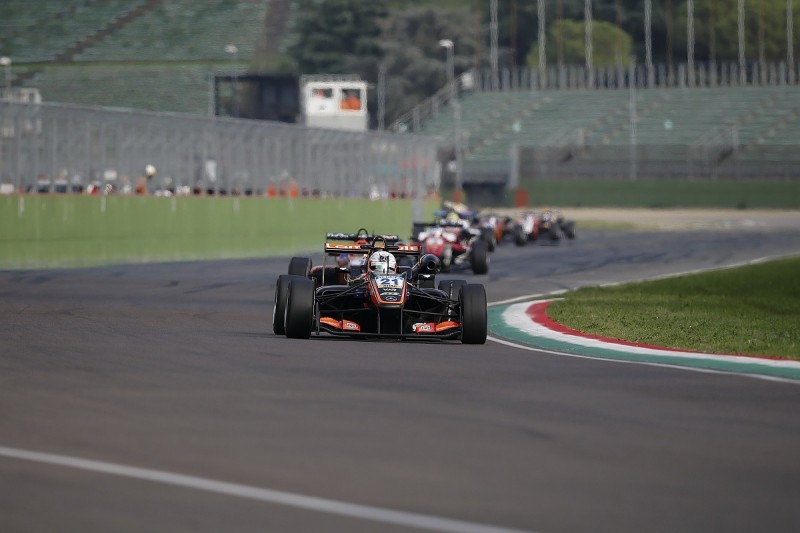 Furthermore, the Macau sporting regulations have never featured this rule, with the 2016 edition stating only that 'The event will be by invitation with priority given to those drivers having achieved the highest positions in the 2016 FIA European Formula 3 Championship and national Formula 3 championships being organised to the 2016 FIA technical regulations.'

Bland told Autosport that the requirement amounted only to 'an informal agreement' between himself and the teams.

Agreement could be reached among the teams to allow those drivers to compete at Hockenheim anyway, and Autosport understands that this could be on the proviso that they start each race from the pitlane.

Sources suggest that the Austrian has been admitted to Macau based on his Euroformula races, but he also wanted to compete at Hockenheim.

Fortec Motorsport boss Richard Dutton told Autosport his team was originally told Habsburg could not enter the German event. That decison was then reversed, but by then Fortec had decided to pull out and call off its 2016 return to the series.

Among the other Macau entrants not to have competed in a European or Japanese championship round this year, GP3 race winner Jake Hughes and Spa 24 Hours victor Alexander Sims have not broken any Euro F3 sporting regulation so could start from the grid, while Sam MacLeod has qualified by contesting the Masters of F3 at Zandvoort.

It is also understood that Felix Rosenqvist and Daniel Juncadella are exempt from the ruling - both are ineligible to compete in the F3 European Championship anyway as past champions, while Rosenqvist also breaks the rule precluding anyone who has contested three seasons in the championship from competing.