Stoffel Vandoorne holds a slender one-point lead over Pascal Wehrlein in the Formula E Race at Home Challenge ahead of the double-headed Esports season finale this weekend.

The competition was created in partnership with Motorsport Games to fill the motorsport void caused by the current global health crisis, and to raise money for the UNICEF relief fund.

The online events have sparked controversy, too, with Daniel Abt losing his real-world Audi FE seat after he enlisted a sim racer to take his place in the virtual Berlin E-Prix.

Mercedes driver Vandoorne has been the standout performer in qualifying, but it took until the most recent round in New York for him to finally chalk a maiden win.

He is the sole driver to score repeat pole positions, having topped four of the six qualifying sessions, with Wehrlein and Edoardo Mortara the only others to have snared top spot so far.

But through the early races, around the Hong Kong circuit and the fictional Electric Docks venue, twice Vandoorne squandered his initial advantage by crashing out of first place.

That put Maximilian Guenther - winner of the Monaco pre-season race - into a dominant lead, which peaked with a 21-point cushion after successes in the opening two points-paying rounds.

But when it looked as though the BMW driver might romp away more or less unchallenged, successive triumphs for Mahindra's Wehrlein at the shortened Monaco FE layout and on a return to Hong Kong soon whittled away at Guenther's command.

That was then compounded with Guenther's own myriad incidents - including a drive-through penalty for a jump start and a collision with Wehrlein in Berlin, which went unpenalised.

And as Guenther fell out of form, Vandoorne dealt a decisive blow last time out in the virtual New York E-Prix. 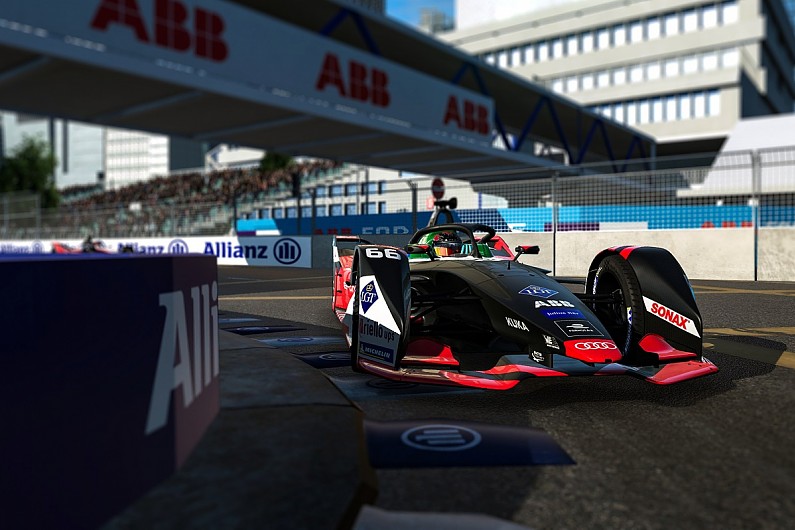 The latest in a series of multi-car Turn 1 shunts allowed him to run clear to a dominant win and earn the narrowest of safety nets ahead of the final two races in New York and Berlin.

Guenther remains within shot of the gaming title, but with a 32-point deficit to recover, he's a rank outsider.

He said: "I'm fighting hard, pushing hard to be on the top step at the end.

"[The battle is] mainly between Pascal and Stoffel for the championship at the moment but I'm still in a position to take the virtual crown... I will definitely not give up.

"I haven't had luck on my side during the last few weekends, but I will try to turn things around again."

If that luck fails to find Guenther, it likely falls to experienced gamer Vandoorne to fight off the advances of Esports rookie Wehrlein to take the Race at Home Challenge bragging rights.

Meanwhile, in the parallel Challenge grid contest for professional sim racers, Kevin Siggy looks relatively untouchable at the top of the pile.

A third lights-to-flag win in the New York E-Prix further consolidates his chances of winning the series and earning a real-world FE test drive as his prize.