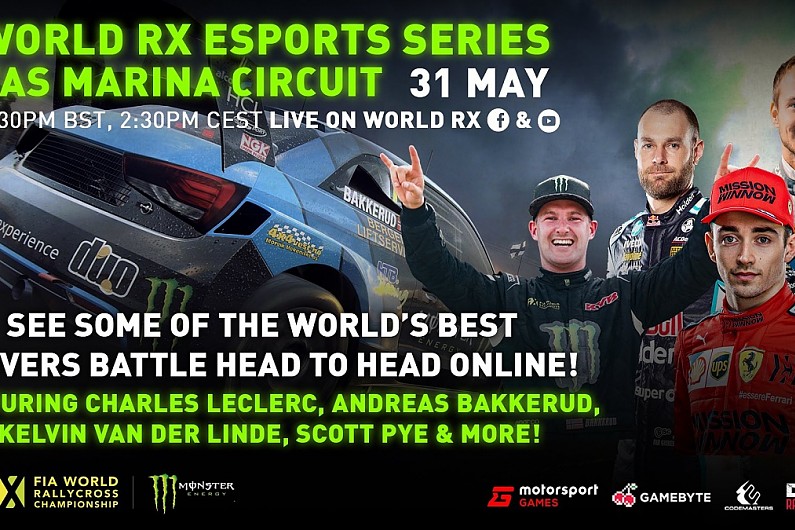 Two-time grand prix winner Leclerc has been one of the most active F1 drivers in Esports during the COVID-19 pandemic, claiming two wins in a run of five podium finishes in F1's Virtual Grand Prix series on Codemasters' F1 2019.

He will now switch to Codemasters' DiRT 2.0 for his virtual rallycross debut in the four-round Invitational Series set up in association with Motorsport Games, having first broadcast driving a Team Hansen MJP Peugeot 208 WRX on the game a fortnight ago on his Twitch channel.

Prior to making the late entry, the 22-year old prepared for his maiden mixed-surface appearance this week by testing and racing alongside some of the experienced contenders he will face this weekend in the 'Pro' category, including reigning World Rallycross Champion Timmy Hansen and double DTM Champion Timo Scheider, who now races in real-world World RX.

He also drove against reigning DiRT 2.0 Rallycross World Champion Killian Dall'olmo, who will race in the 'Sim' category in the same event for the SET Esports team, having secured the virtual title at the Autosport International Show in January.

Leclerc won't be the only driver in the 20-strong line-up with Scuderia Ferrari heritage, as Finn Mika Salo, who deputised for the injured Michael Schumacher for the Italian team in the second half of the 1999 season and scored a pair of podiums, will make his second virtual rallycross start.