Gerard Neveu is optimistic next week's Virtual 24 Hours of Le Mans will spark more interest from drivers outside of sportscar racing to enter the real-world race.

Following the postponement of the 24 Hours of Le Mans until September due to the COVID-19 pandemic, an inaugural virtual edition of the endurance classic will take place on the original date of 13-14 June.

The Esports event is a joint venture between the Automobile Club de l'Ouest, the FIA World Endurance Championship and Motorsport Games, and features a star-studded grid mixing real-world drivers with professional sim racers.

Regular WEC entrants such as Toyota, Porsche, Aston Martin and Ferrari have all joined the grid along with many of their factory drivers, with reigning Le Mans champions Sebastien Buemi and Fernando Alonso both part of the 200-driver field.

The event has also attracted interest from a number of drivers outside sportscar racing, including Formula 1 stars Max Verstappen, Charles Leclerc and Lando Norris, none of whom have previously raced at Le Mans.

"This is a story that you can only tell with a virtual race," WEC CEO Neveu told Autosport.

"To have all these champions coming from different world series in motorsport is usually very difficult to do, because normally they are supposed to have their respective races on this weekend.

"I'm not sure that in the normal period that it would be possible to do it at the same level of interest and same grid.

"When we started to discuss it, we immediately received a very enthusiastic return from the teams and the drivers.

"Any people that we started to discuss it with, they had exactly the same response, and so did the drivers.

"When you discuss it with the drivers, for example, Fernando Alonso. 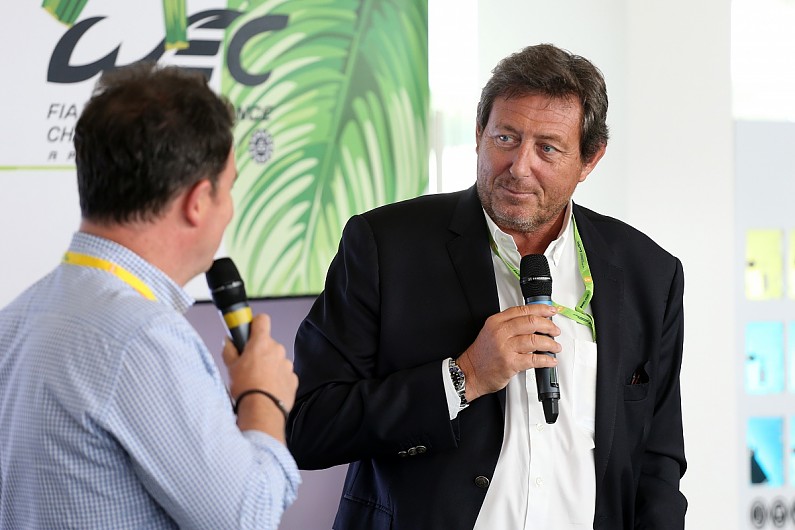 "This guy is an amazing champion, he won everything, including Le Mans twice. I said: 'OK, are you in?' He said: 'Of course I'm in!'

"When I saw the first tests they did two days ago, he was immediately on the right level. He is working a lot for it.

"This is now a target for all of them - how can I win the race? How can I fight for the victory?"

Neveu was excited by the prospect of the virtual race acting as a first introduction to Le Mans for the likes of Verstappen, Leclerc and Norris, all of whom he would like to see enter the real-world race in the future.

"For the young drivers, I'm pretty sure the majority of them dream to one day be in Le Mans, because this is one race you want to put in your pocket for sure," Neveu said.

"They are young now, so they are focusing on another career which is logical.

"They are looking at this, but they have an opportunity to try Le Mans virtually, this is the beginning of the story.

"We know that Verstappen or Leclerc or the current F1 drivers can win everything in F1. But we would like to see these guys one day fighting for victory at Le Mans.

"If they can be F1 world champion, and one day win Le Mans, and then winning the Indy 500 for example, the iconic motorsport events, it would be a pleasure.

"That is exactly what happened with Fernando Alonso. We have an incredible respect for Fernando, first of all because he is an amazing champion with an incredible career.

"But he had the courage [to enter Le Mans], which is not the same for all the world champions.

"Many of them said 'hmm, Le Mans, I'm not sure!'. But Alonso, he took the risk to do it. He did it with an incredible spirit. For me, it is an example of a complete champion. And now he is trying to win the Indy 500.

"So what this guy is doing in his career is just amazing."

The Virtual 24 Hours of Le Mans takes place on 13-14 June, and will be broadcast live on Motorsport.tv.