Red Bull has been running a lower-drag wing arrangement at Paul Ricard, which resulted in Verstappen and team-mate Sergio Perez heading every top speed measuring point in qualifying as it is allied to the team’s rebadged Honda engine’s potent power output.

At the Paul Ricard speed trap just before the Mistral chicane, Perez had a 3.8mph advantage over Leclerc in qualifying when all engine modes are at their optimum and fuel is at its lowest, while Verstappen was quicker by 3.7mph.

The low-drag approach means it is harder for drivers to build the critical tyre temperature required to nail the technical opening sector at the French track, but it will come into its own in the race for Red Bull as the higher-downforce-running Ferrari will not be able to use DRS to shed drag unless its cars are running close behind others.

Per GPS track data Autosport has seen, Ferrari has also been clocked running much faster through the high-speed corners around Paul Ricard – notably Signes and Le Beausset, where in the latter its gains were thought to be around 6mph in FP2.

But the Ferrari drivers will likely not be able to push flat out in the race using their higher-downforce advantage without eating through their front tyres, which will also wear correspondingly faster as Ferrari seems to be heating its tyres better than Red Bull.

A similar situation cost the then dominant Mercedes squad in the 2020 70th Anniversary GP, where Verstappen won after his persistence and better tyre wear paid off.

When asked by Autosport if he expects Red Bull’s wing choice to help in Sunday’s race, Verstappen replied: “I hope so.

“We seem again very quick on the straight, which is a nice bonus. But I think overall we need to look a bit into our high-speed performance.

“Overall, whatever wing we’ve put on the car we’ve always been struggling a bit in the high-speed compared to Ferrari.

“But, around here the tyres are going to be incredibly hot tomorrow and you cannot push the high-speed as much as you of course do over a quali lap.

“So, then I hope that top speed can help us out a bit more than over a qualifying lap where you also have DRS at some places.” 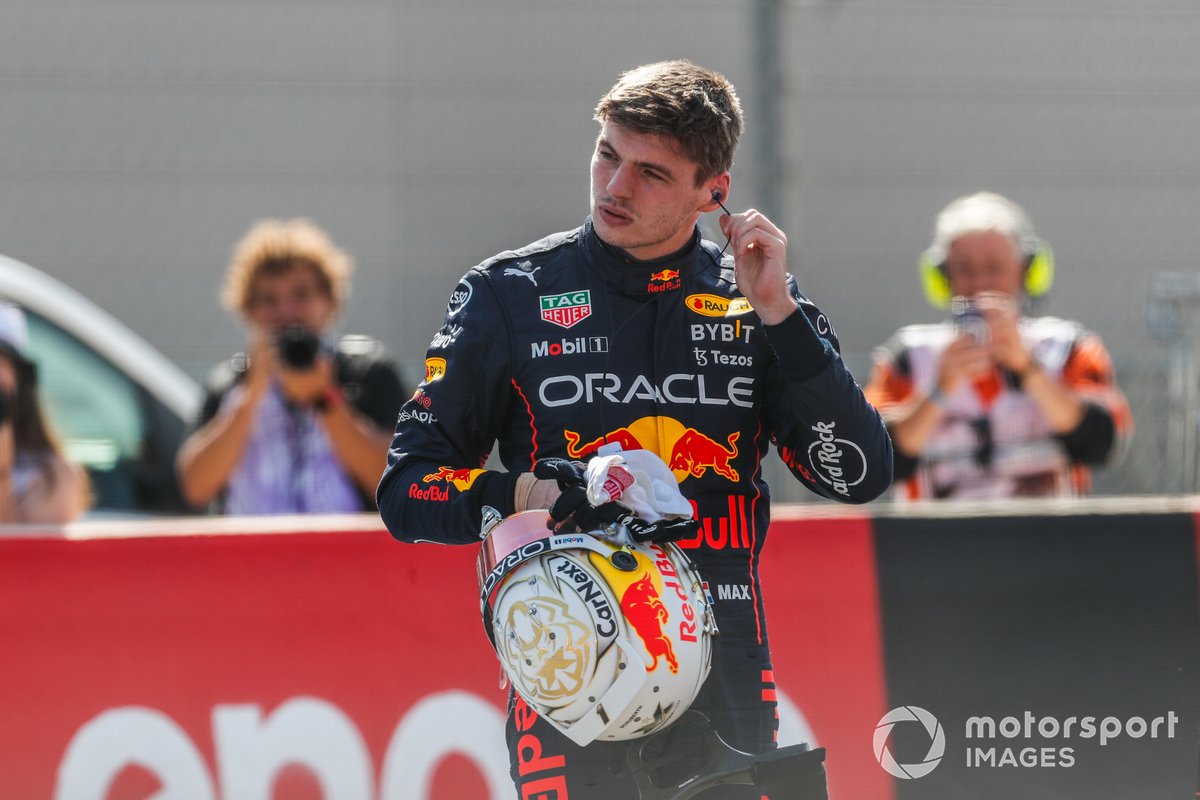 Max Verstappen, Red Bull Racing, on the grid after Qualifying

Verstappen also felt “low-speed grip, for me compared to yesterday” was better for qualifying as he had struggled with understeer through the first sector in Friday practice – not helped by his tyre warm-up woes.

The world champion said these remained in qualifying, where his car balance not being where he wanted also contributed to his defeat against Leclerc.

The Paul Ricard qualifying result reflected one of the 2022 trends – Verstappen ending up unhappy with his car balance, which is also not helped by the RB18 still being slightly overweight and his dislike of the additional understeer the ground-effect cars have in slow-speed turns.

“Overall, with the conditions out there it’s very difficult to really know what is going to happen,” he said in the post-qualifying press conference.

“It’s so hot out there and also with the tyres – to get them in the right window is very tough.

“Qualifying for myself was a bit of a struggle to get the right balance to be honest. Just not having that grip I want to – especially in Q3 when you really want to push it.

“But maybe it's just related to the track layout, the surface, together with the heat, that it just doesn’t really – whatever – suit the car, suit my driving style. I don’t know.

“But I think overall, to be second is still pretty good.”