Max Verstappen has again blasted the accuracy of Netflix Formula 1 documentary Drive to Survive as “not correct”, highlighting scenes that make Lando Norris look “a bit of a dick”.

The world champion has refused to take part in the show, which first aired in 2019 looking back on the previous year’s championship with a series of driver and team staff interviews, for its most recent seasons.

In the aftermath of the show’s fourth series airing ahead of the 2022 season opener in Bahrain, the F1 drivers have been regularly been asked for their feedback on their representation in the show, with several expressing similar concerns to Verstappen, who said in 2021 that Drive to Survive “faked a few rivalries which they don’t really exist”.

Those voicing concern included Ferrari’s Carlos Sainz Jr and Norris, who’s portrayal in series four in scenes relating to his McLaren team-mate Daniel Ricciardo, them completing his first season with the squad, has come under scrutiny.

The drivers’ frustrations led to F1 CEO Stefano Domenicali saying in Bahrain last weekend that he would “talk to Netflix” because “it is necessary that the story does not move away from reality, otherwise it no longer fits”.

Speaking in the pre-FP1 press conference for this weekend’s Saudi Arabian Grand Prix, Verstappen said he “always happy to talk” and “not against” discussing his views on Drive to Survive with Domenicali, before outlining his specific problems with a show he called “a bit more like ‘Keeping up with the Formula 1 World’” – a reference to reality TV show Keeping up with the Kardashians.

“I watched a few episodes of the last one and I was surprised, I suddenly found myself talking in it,” said Verstappen.

“And it’s probably stuff from like 2018 or something they picked up and used again – about fighting and what I like to do.

“But that already is not of course correct. I could hear that my voice was a bit different.

“And I also realised that a lot of times I was saying stuff and they were around with this beam [boom microphone in the paddock] and they pick up a lot of stuff.

“So, I’ll have to be a bit more careful with that as well.

“It’s just not my thing. And then of course they tried to pick moments – throughout the whole season – and fabricate it in a way.

Verstappen added: “What I didn’t like, and it’s not even about me, it was about Lando and Daniel, which I think are two great guys.

“They’re really nice, first of all. And it made it look like Lando was a bit of a dick, which he isn’t at all.

“And, again, I know Lando and I think many people know Lando as a funny guy, great guy – he has a great character.

“And actually when you look at that episode, you really think like 'who is this guy, what the hell is going on?'” 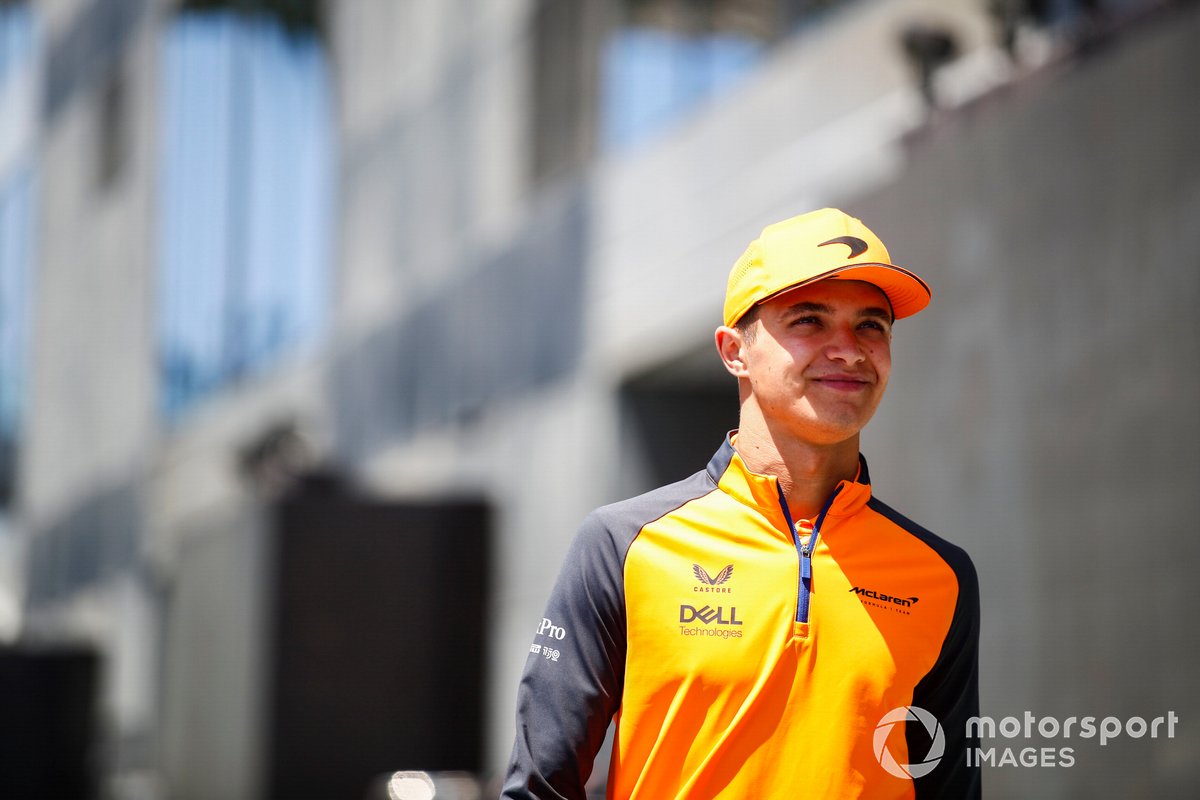 “When you are new to the sport and you’ve never seen a racing car or Formula 1 car in general, they don’t like him. And why should that be?

“Because he is a great guy and you just immediately get a wrong picture of a person. And that’s exactly what I think happened to me in the beginning.

“I’m someone [that] when you ruin it from the start, you don’t fix it. That’s it, you ruined it. So, that’s my stance and that’s how I’ll go forwards.”

Other drivers speaking alongside Verstappen acknowledged as he did that Drive to Survive brought “benefit initially to get more popularity” but needs to be more accurate in its portrayals of F1 personnel.

Haas driver Mick Schumacher said: “The first part of Drive to Survive – say like the first seasons – is quite interesting and I think quite dramatic.

“And that brings a lot of people to the sport. But I guess as the show progresses, I think it’s important to become more accurate with some of the things.

“Maybe don’t mix up some of the comments or like radio messages [as happened with a Norris radio message in season four that implied Ricciardo had pushed him off track in Bahrain when he had not] and stay true to how it actually was on track.”