Lewis Hamilton says he is not “too stressed” about Mercedes’ initial struggles in the second ground-effect Formula 1 era but wants to “get in the fight as soon as possible”.

Mercedes and its W13 challenger for 2022 has been among those worst affected by the porpoising phenomenon, which has dropped it behind Ferrari and Red Bull.

Hamilton and team-mate George Russell could complete an “effective damage limitation weekend” in third and fourth in the Bahrain season-opener after both Red Bulls retired.

However, the seven-time world champion has warned that Mercedes “can’t rely every weekend” on issues such as the fuel system vacuum that hit the Red Bulls.

The Brit, who starts his 180th GP with Mercedes this weekend in Saudi Arabia to surpass the partnership Michael Schumacher forged at Ferrari, says he is not too stressed by the early Mercedes form.

He said: “We have issues and we're fighting to fix them. There's a lot of potential within our car. We're just trying to work as hard as we can to rectify them as quick as possible.

“I have no doubt that I've got the best group of people behind me in order to come up with solutions and fix it and extract performance.

“So, I don't currently feel too stressed. But I want to get in the fight as soon as possible. We need to move fast forward as fast as we can.” 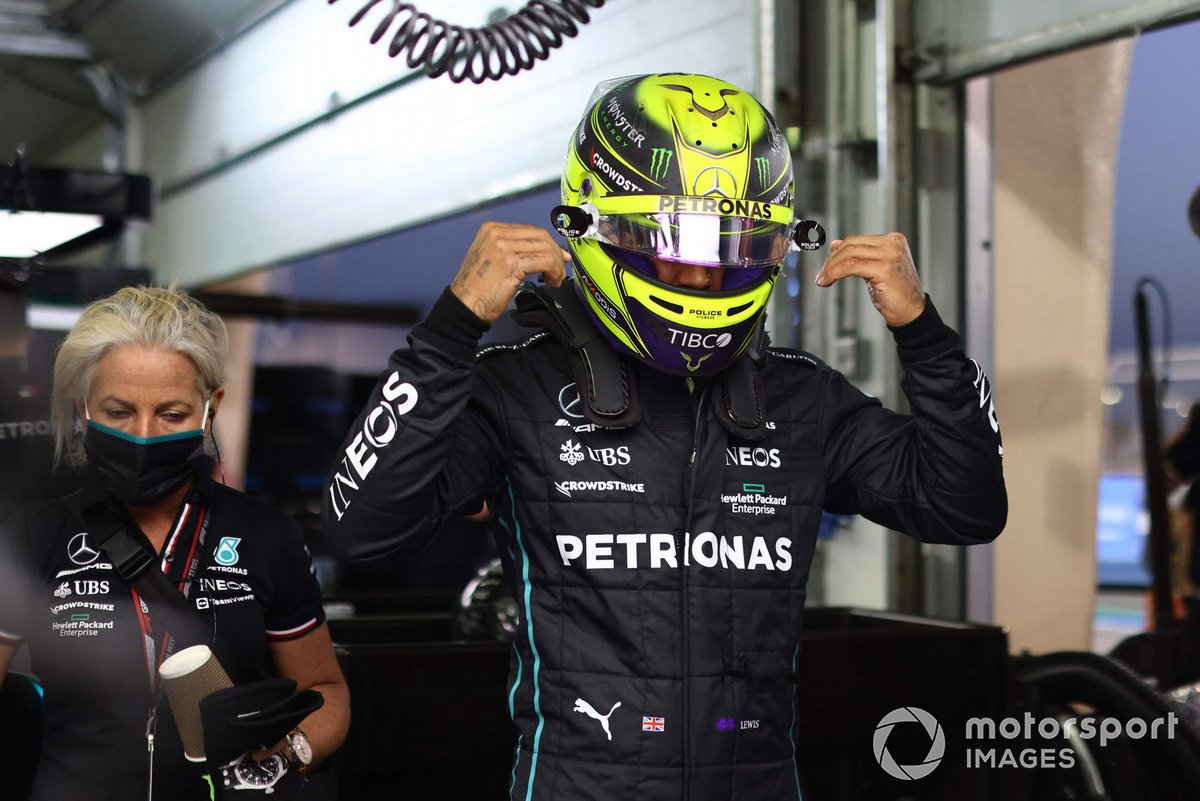 Asked to quantify the compromise Mercedes was making by increasing ride height to combat porpoising, Hamilton said of the performance loss: “I've not been given exact numbers, but I know they're large.

“The cars that are ahead of us, for example, have an incredible amount of low-speed downforce.”

While Hamilton is confident of a Mercedes turnaround, he moved to play down expectations for Jeddah given it runs back-to-back with Bahrain.

He added: “A huge amount of work has gone on in the past three days.

“[I’m] very proud of my team for just keeping their heads down, staying focused, churning through the crazy amounts of data that there is.

“We're aware of the problems we have, but in terms of what's causing it, we're just working through trying to figure that out and how we can rectify it without losing performance.

“From such a short time between races, there's not a huge difference here this weekend.”

Hamilton added that he was excited for the “super fast” Jeddah track, even though the long straights “might not be too fun” given the porpoising sensation.

He was also relishing the opportunity to try new set-up routes, saying: “From a driver's perspective, that's exciting when you get in the car just trying something new and hoping that it unlocks a bit of performance.”