The Ferrari Formula 1 team says it is trying to get a better understanding of why Red Bull was so much quicker than it on the straights in Bahrain.

Despite Ferrari and Red Bull being so evenly matched in lap time around the Sakhir track last weekend, analysis of the GPS data showed that the two cars displayed very different pace characteristics.

The Ferrari appeared to be better under acceleration and in slower speed corners, while the Red Bull excelled at the end of straights and in high-speed turns.

Coming against the backdrop of a belief that Ferrari has the best engine, the performance differences are intriguing, because lower downforce levels should not have allowed Red Bull to excel in some corners.

Asked by Autosport if there was a conclusion about where Red Bull's top-speed edge came from, Carlos Sainz said that analysis was still ongoing.

"It is one of the things that we are looking into, mainly because we know that part of our deficit to Red Bull that we had is exactly where you mentioned," explained Sainz.

"We are analysing drag levels, and things that we can do to see if we can be stronger in that part of the circuit.

"It just shows that we've done a good step in the engine and all that, but the others are still very competitive. They have also very strong power units and drag levels, so it's going to be a tough competition." 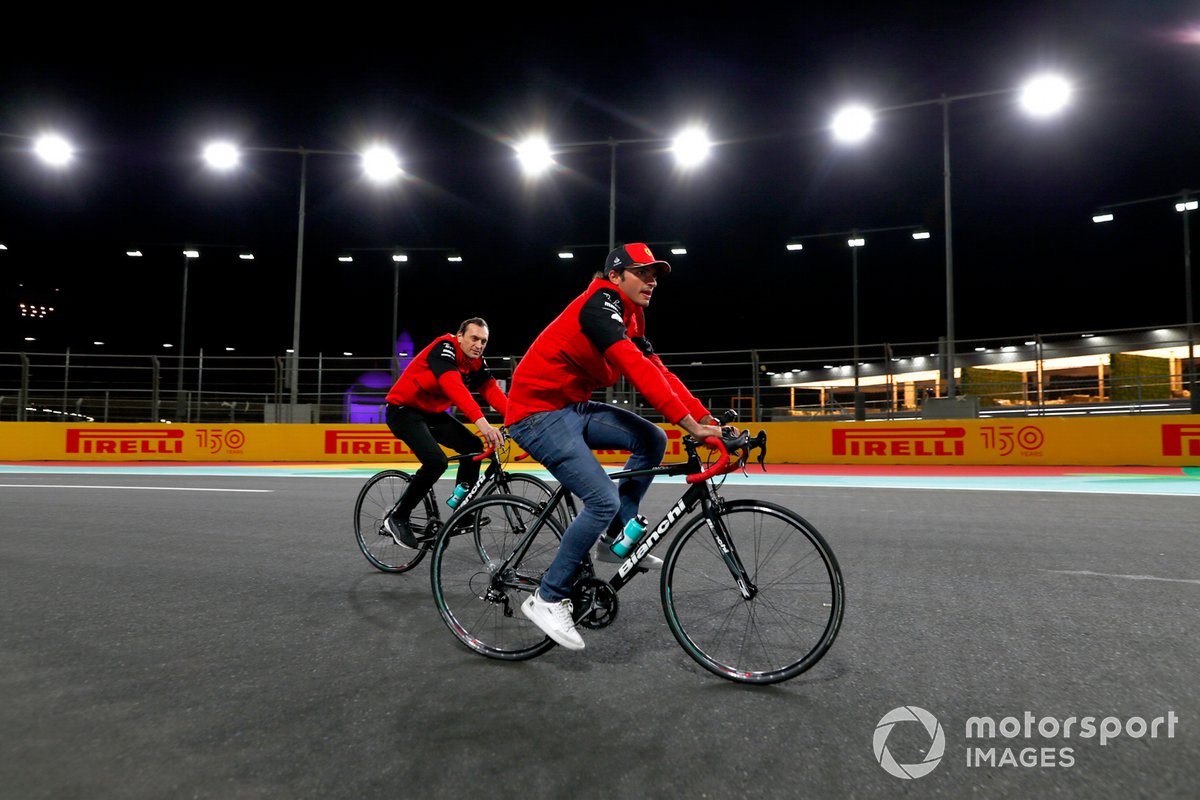 Sainz was also sceptical about the conclusion reached by many of Ferrari's power unit being the best in F1.

"It's not superior, but it's a good engine," he said. "Red Bull had more top speed than us, and nobody talks about the Honda engine.

"It seems that suddenly Ferrari is top, but Red Bull had 5km/h more. We have to talk about others, not just Ferrari. For the moment we can be more relaxed about reliability."

With top speed a premium around this week's high-speed Jeddah circuit, Bahrain race winner Charles Leclerc says Ferrari knows the importance of finding an answer to the top-speed differences.

"We are definitely on it," he said. "We are looking at it, obviously, but I think it can change from track to track.

"Seeing what they [Red Bull] have shown in the straight lines in Bahrain, it could be that they might be even stronger on this kind of track. So we need to keep pushing at this."