The 2007 world champion is yet to win a grand prix since returning to Ferrari in 2014.

He has stood on the podium seven times this year, but trails team-mate Sebastian Vettel, the two Mercedes drivers and Red Bull's Daniel Ricciardo in the championship.

Raikkonen has also been outqualified by Vettel by a margin of 14-5 so far.

"It is far from what I wanted, but it is where we ended up," said Raikkonen, who could overhaul Ricciardo for fourth in the points in this weekend's Abu Dhabi finale.

"That is how it goes.

"There is one race to go, we try to make the best out of it and then obviously start next year, try to do a lot better."

Raikkonen, who has been retained by Ferrari for 2018, added: "Obviously I am here to try to win races and win championships, so it is far from ideal.

"But this is how it turned out to be. I can live with it, but it is not why I am here.

"We started pretty poorly at the beginning of the year, not really where we should have been.

"It has been better since then but then we had too many DNFs and never really recovered from there."

Raikkonen led the Monaco Grand Prix from pole position before being overhauled in the pitstops by Vettel, and qualified on the front row in Malaysia, where Ferrari appeared to have a pace advantage, but failed to start the race because of a mechanical failure.

He feels only "small things" have denied him victory, but admitted he needs to be up among the frontrunners more frequently.

"I think it is question of many things," he said.

"If it were easy, everybody could win. But it is a lot of things, small things.

"It has been very close with quite a few cars over the races, and it is small things that count over the race weekends.

"We need to be faster, more often, and put ourselves in a position and then hopefully some things will go a bit in our direction.

"We try this weekend and next year again." 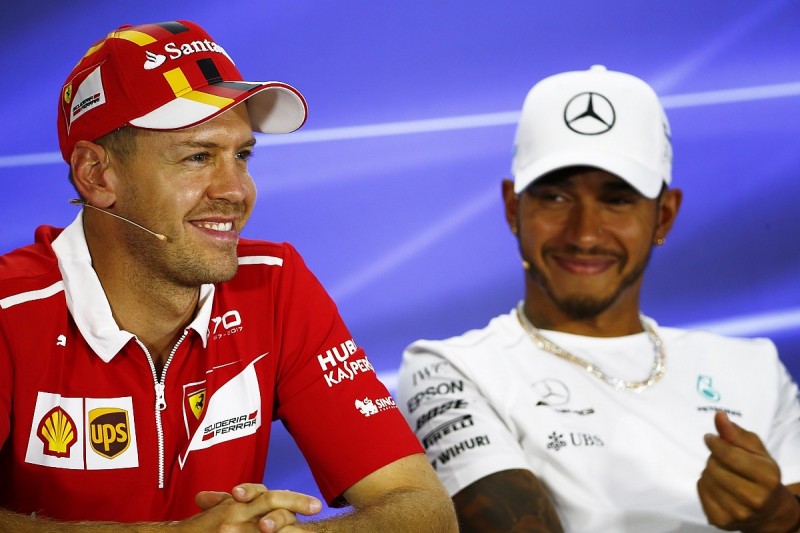 Although his championship campaign fell apart in the closing stages, Vettel said Ferrari's season showed it has addressed a key development weakness.

"It's been a massive achievement, a massive step, compared to where we were in 2016.

"One strength that hasn't been there is development. Historically, we lost out as the season progressed.

"This year it's been harder. We managed to stay in the fight.

"We had two or three races, which turned out to be costly for different reasons, and we lost touch.