Sauber is set to bolster its partnership with the Scuderia next season, taking a supply of current-spec F1 engines, after running year-old units this year, and potentially becoming an Alfa-Romeo-branded Ferrari junior team.

Ferrari-backed Formula 2 champion Charles Leclerc is widely expected to graduate to F1 with Sauber next season, after taking part in free practice sessions with the team recently, but the identity of his 2018 team-mate is yet to be determined.

Ferrari president Sergio Marchionne has floated the idea of turning Sauber into a de facto junior team, by placing Ferrari's third-driver Antonio Giovinazzi there alongside Leclerc.

That scenario would bring an end to Ericsson's three-year stint with the Swiss team, and leave his current team-mate Pascal Wehrlein on the sidelines too, should the Mercedes junior not secure a seat at Williams.

Ericsson, whose sponsors are understood to have invested heavily in Sauber over the past 18 months, believes he is the frontrunner to retain a seat at Sauber should Ferrari not strike a deal to place two drivers at the team, but is also concerned his F1 career could soon be over.

When asked by Autosport why his Sauber future was taking so long to resolve, Ericsson replied: "From what I understand it's talks with Ferrari and how much of a relationship they're going to do with Ferrari and what that will include.

"I know Ferrari is pushing for getting two drivers in the team and that's the main worry for me at the moment, but that's not been decided yet.

"Otherwise I'm quite hopeful, or quite confident, that I'm going to be one of the drivers - unless Ferrari gets two drivers, obviously." 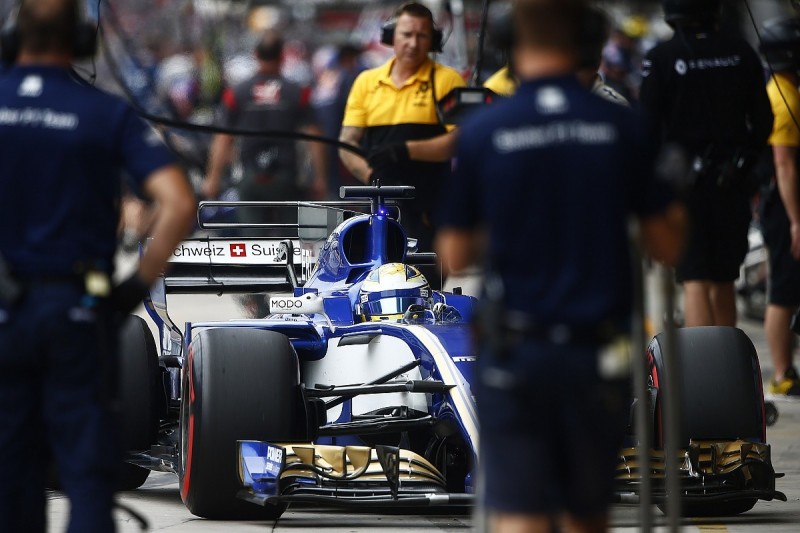 Ericsson admits he does not have an alternative option should he lose his Sauber drive and says it is "really crucial" he does not drop off the grid next year, given the difficulty of getting back into F1 after an absence.

"Obviously my management's keeping options open and they have contacts in different series, but all my focus has been on the driving and finishing this season strongly," Ericsson added.

"When I look to next year I see myself in F1; that's my goal.

"It feels a bit weird, because going into this last race of the season, if you don't have anything sorted for next year it's always a bit of a worry, but I still feel confident I will be on the grid next year.

"Since the summer break the pressure's really been on to show that I should be in one of the seats [and] I think the last three or four weekends have been really good for me.