Red Bull was extremely busy during the opening phase of 2021, bringing performance updates at nearly every Formula 1 grand prix in its bid to unseat the hitherto dominant Mercedes.

While sometimes the upgrades were pretty obvious, at other races the changes seemed negligible. However, nothing new is ever introduced by an F1 team if there isn’t performance to be had – so it’s always important to explore every minute alteration.

Autosport has already covered the changes that Red Bull has been implementing to its brake duct inlet on a race-by-race basis to better offset cooling with aerodynamics. For the Hungarian Grand Prix, however, it arrived with an enlarged inlet scoop.

This is the first time we’ve seen a new specification since the introduction of the latest iteration at the Spanish GP. It was subsequently used in Baku, France, both Red Bull Ring races and at Silverstone, whilst the Portimao spec was used again in Monaco.

The new design builds on the one introduced for Spain and enlarges the scoop to help feed more airflow into the lower and outer channel.

The most likely conclusion to draw is that this will only be used when cooling demand is high, as it will have a negligible aerodynamic loss. 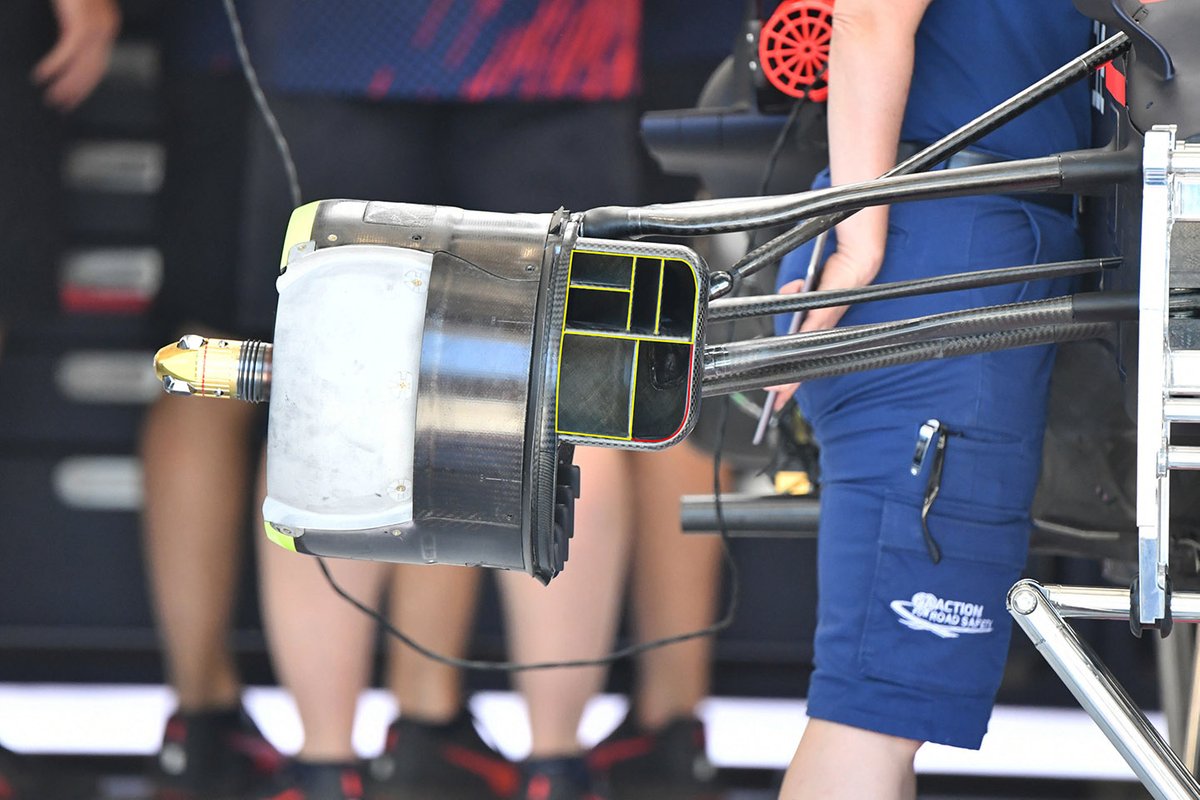 Red Bull also made an interesting choice in Hungary when it came to its rear wing choice, as it switched to a lower downforce arrangement for qualifying and the race.

It’s also worth noting that whilst everyone else on the grid had their highest downforce arrangements including T-Wings, Red Bull has still opted not to install one on the RB16B.

Surprise Hungary winner Alpine made changes to its rear wing for the race, with its usual high downforce rear wing fitted with some additional spars.

These slender spars, which were not present when the wing was last used in Monaco, were likely installed as a result of the FIA’s more stringent load and deflection tests and prevent the wing from tilting back under load. 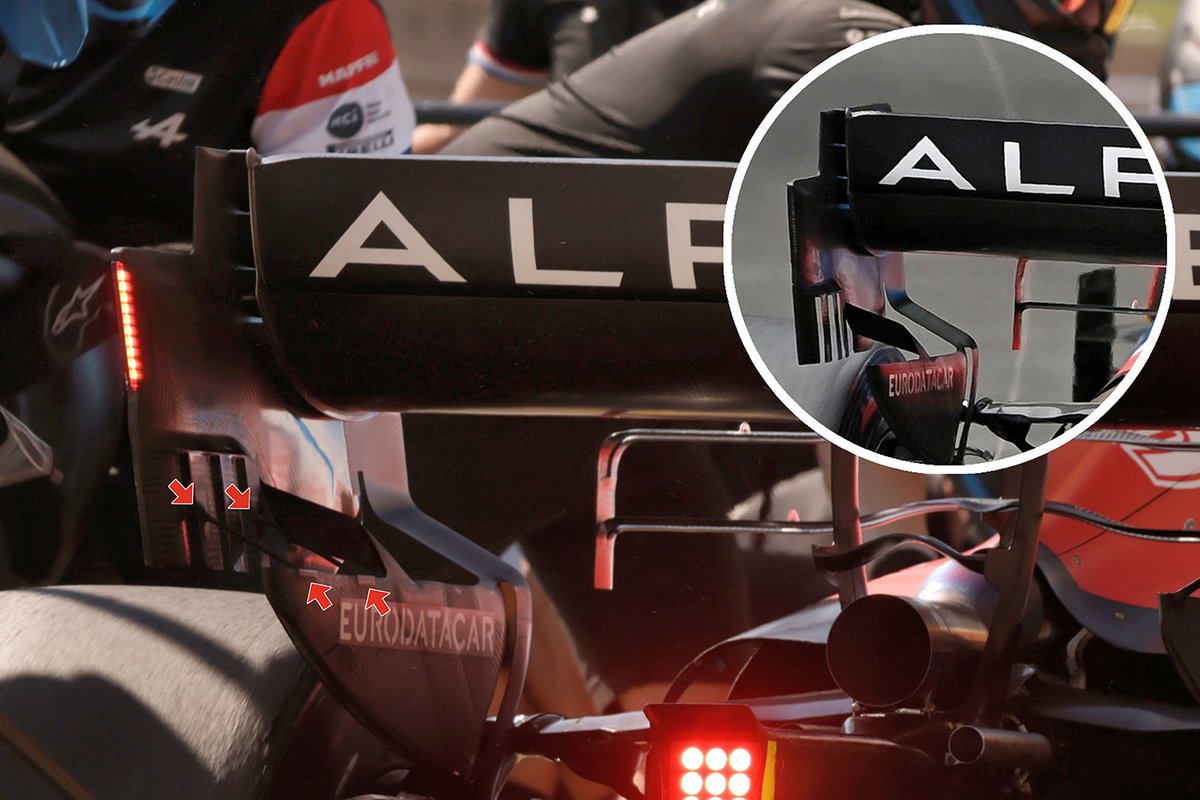 Mercedes’ up-tick in performance at Silverstone and the Hungaroring coincides with a number of changes made by the team to it approach and set-up. Plus, its latest aerodynamic upgrade package may have been timed perfectly given the switch to a new more robust rear tyre from Pirelli.

PLUS: How Mercedes became embroiled in its toughest F1 fight yet

The upgrade concentrated on the central portion of the car with the bargeboards, sidepod deflectors and floor all tweaked to improve performance.

The main skyscraper deflector has been shortened, with the slats in the Venetian blind-like deflector array extended forward to meet the airflow earlier. 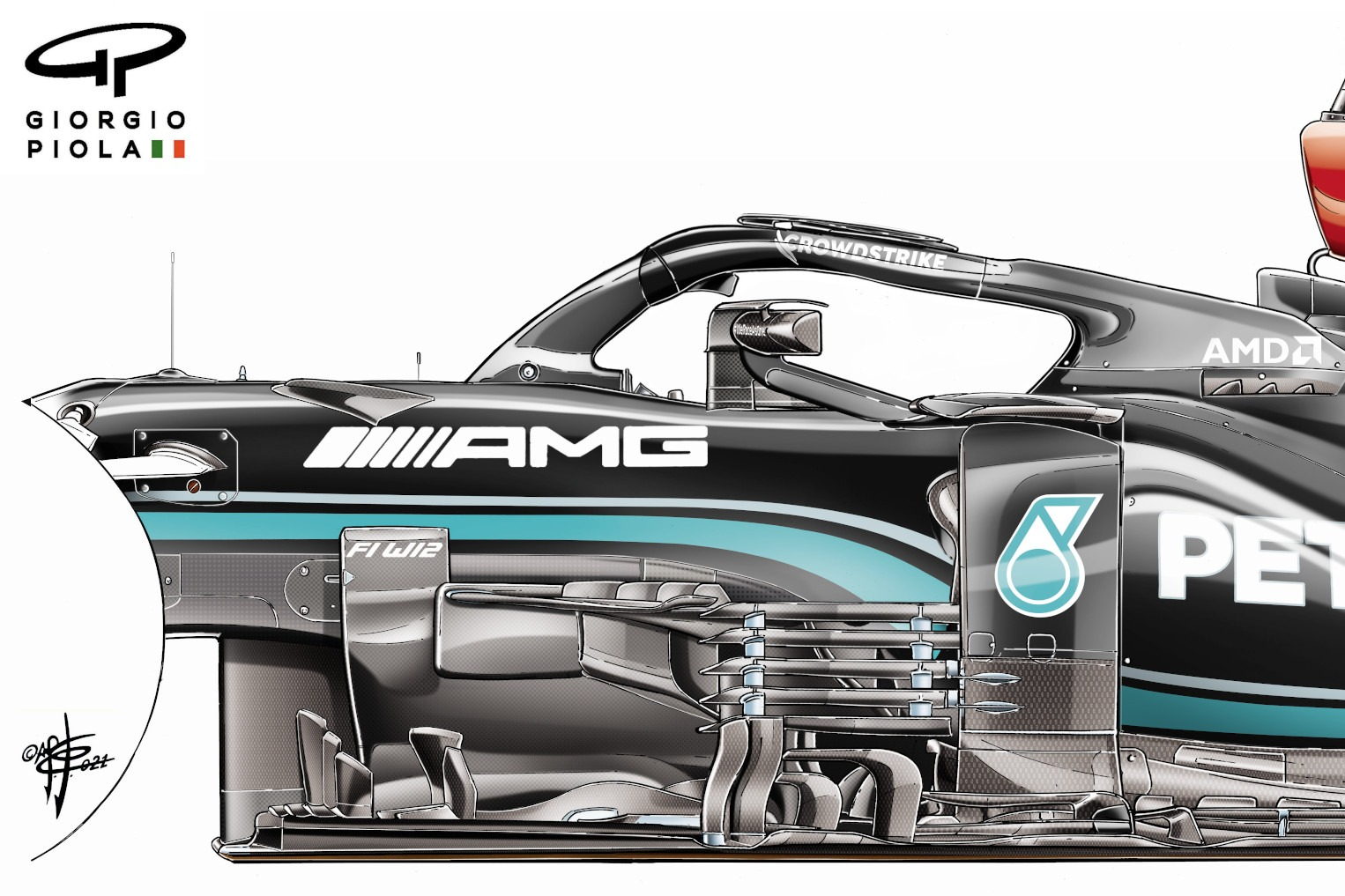 The two ‘r’ shaped vanes at the base of the sidepod deflector array have been joined by a third, longer vane that sits beneath the main skyscraper deflector which has also been disconnected from the sidepod wing. This is similar to what we see elsewhere up and down the grid, with the horizontal wing turned upward at its tip.

The ‘wavy’ floor edge has also been reduced to just a single kink with the flap mounted behind converted into a two-piece arrangement.