Raikkonen finished Friday 0.275 seconds behind pacesetter Nico Rosberg as the top four, which included the Red Bulls of Max Verstappen and Daniel Ricciardo, were separated by just 0.4s.

"This morning was a bit tricky but the afternoon was quite decent," said Raikkonen, who was unusually upbeat after the two sessions.

"If you have a good feeling with the car, it makes all the difference around here.

"The afternoon was nice, it was quite easy and the lap time came. So far, so good."

Only at Monaco has a Mercedes driver not claimed pole position this year, but the Finn believes it could all be up for grabs on Saturday.

When asked whether Ferrari would be fighting with Mercedes and Red Bull, Raikkonen said: "Hopefully yes.

"We had a good feeling and it feels like we can do something this weekend but we don't know what will happen tomorrow.

"We'll see. Hopefully we'll be there." 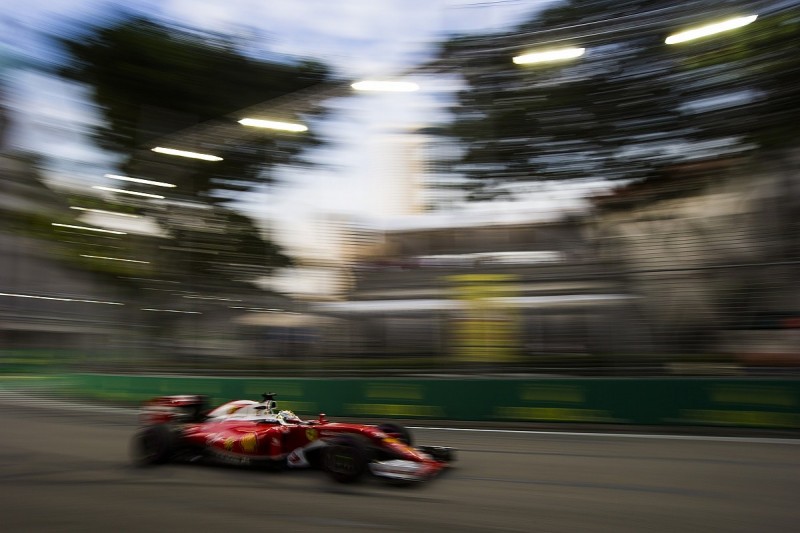 The German accepted the blame for simply not putting a good lap together but echoed Raikkonen's positivity ahead of qualifying.

"My lap wasn't good enough," he said. "Kimi had a very good lap.

"I wasn't entirely happy, I was struggling a bit with the car balance and therefore not really finding the rhythm, but all in all it's been a good day.

"Tomorrow is important - it's very difficult to pass here so we try to trim everything towards qualifying.

"If we get everything right, it will be very tight but we have a good chance to position the car well."

Speaking about the pace of rivals Mercedes and Red Bull, Vettel said: "Both looked very strong.

"Mercedes is the favourite and we are in the same boat as Red Bull."