Daniel Ricciardo believes Red Bull is in good shape in its bid to upset Mercedes and win the Singapore Grand Prix, after Friday's Formula 1 practice sessions

Red Bull considers the Marina Bay street circuit as its best opportunity to beat the dominant Mercedes, based on its own strengths and Mercedes' struggles in Singapore last year.

Max Verstappen led Ricciardo in a Red Bull one-two in the first session, and the pair were third and fourth later on, four tenths off the pace set by Nico Rosberg.

When asked if he could qualify on the front row on Saturday, Ricciardo said: "That's the plan.

"If we get it right tonight with the changes, then tomorrow we'll come out strong.

"We're more or less where we need to be, just a few good changes tonight and then we'll be in the fight.

"Rosberg was still quickest in this practice, but if we get it right then we can be very close to them in qualifying.

"This race is our chance. If every race for the rest of the season is dry then this is our real chance to cause an upset, so fingers crossed, the fans will want to see it as well."

The Australian did, though, insist Red Bull does not view Singapore as its only chance to beat Mercedes this season.

"I wouldn't say last chance. If it rains at some of the other races, then we have a chance," he said.

"We know at Suzuka we're normally competitive in the wet there. If it's dry for the rest of the season then this is probably our best chance.

"I feel we can do a good weekend if we get the most out of the car.

"I think today we still left a little bit left on the table. We'll try and find a bit more, and if we get it then we can be very close." 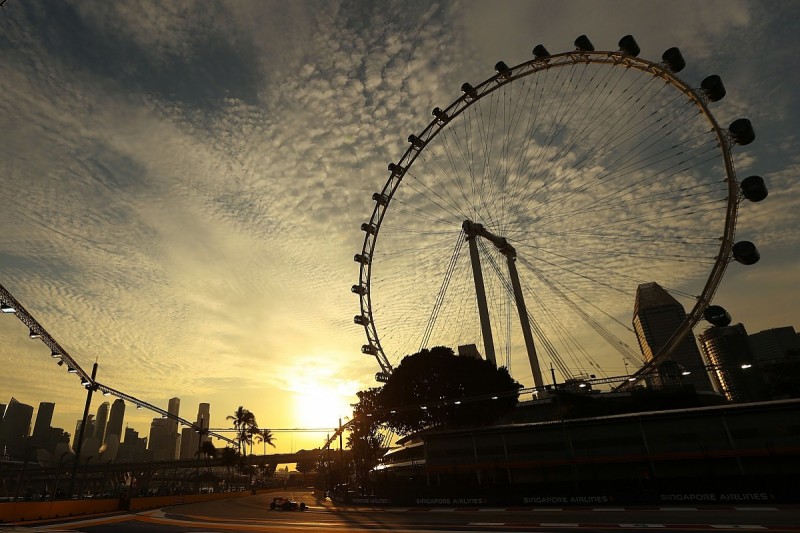 GAP IS NOTHING - VERSTAPPEN

Verstappen, running the only version of Renault's updated power unit this weekend, was the quicker of the two Red Bulls in both sessions on Friday.

He acknowledged that the team is "definitely closer" to Mercedes, and was buoyed by the small deficit on the timesheets if he can improve his RB12's balance.

"Maybe the second practice could have been a bit better for us but we're still more or less there," he said.

"On this track, four tenths is nothing.

"If you find a little bit of a better balance, you get more confidence in the car and you get the lap time."