The Swiss team was pushed to the brink amid financial problems earlier this year before new owners came on board and provided funds for the C35 to finally be developed.

Sauber brought a new front wing with a short nose, floor, diffuser and front and rear brake ducts to Spa and team boss Monisha Kaltenborn as well as drivers Felipe Nasr and Marcus Ericsson said it was a step forward.

However, Ericsson was forced into an engine change and started from the pitlane because of cooling system issues while Nasr encountered problems, including misfires.

"The whole weekend was difficult because we have been compromised by several issues with the power unit," Kaltenborn told Autosport.

"If you look at the way the aero package has come in, it looks promising.

"You can already see how the aero characteristics have changed for the better but if you suffer these issues, it's not good.

"It is frustrating because a lot of things that have compromised us so much are not in our control.

"On Marcus's car, all these issues came up and in qualifying.

"It started out on a very good lap and the next thing you hear is there is an engine power issue.

"We hope our engine supplier sorts these problems out before Monza." 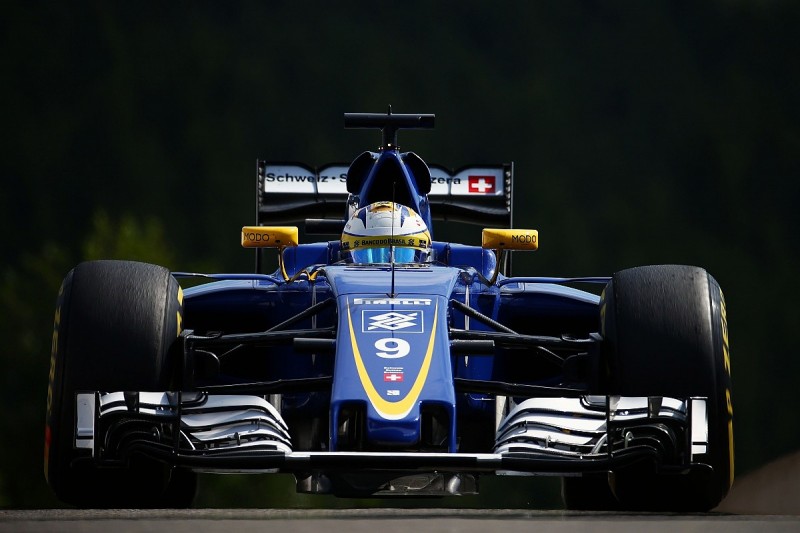 Ericsson retired after two laps when he lost sixth gear while Nasr made it up to 11th at the start but picked up a puncture from debris and was hampered for the remainder of the race.

Despite the disappointing end result, Nasr said there were reasons to be optimistic because of Sauber's updates hitting the track.

"All I can say it was a step forward," he told Autosport. "It made the front of the car stronger.

"It is true we are still missing some rear grip, rear downforce, but when it comes to tracks that we have to go back on a full downforce set-up, we might have a better outcome."

Ericsson added: "From a promising Friday where we were top 15 in both sessions, what is positive is that we have brought a new package that has brought us closer to the midfield.

"It has brought us a stronger front end, that's the main difference and it's working a lot better.

"The improved performance is down to the updates, they have shown some promise and I believe we can find some more from the package."

Fernando Alonso 'should have backed off' in F1 pitlane clash