Formula 1's midfield teams were shocked by how fast Haas was in qualifying for the Austrian Grand Prix, where Romain Grosjean split the Red Bulls

Grosjean will start Sunday's race at the Red Bull Ring from sixth having beaten Daniel Ricciardo to a third-row spot and lapped just 0.052s slower than Max Verstappen.

Kevin Magnussen backed-up Grosjean in eighth place, as Haas enjoyed a 0.8s gap to Renault, which was the next-best team.

"From one weekend to another, we know they can be so fast, but [being] that fast is quite impressive."

Renault driver Carlos Sainz Jr said he expected Haas to perform well here because it was strong in Austria in 2017 and extremely competitive at other high-speed tracks this season.

But Sainz reckoned the gap was "a world" away from the other midfielders' over the 64-second lap.

"They are more in the frontrunners' league than in ours," he said.

"They were 0.4s faster in Paul Ricard in qualifying - I expected them to be 0.4s ahead here.

"It's a bit too much for us and we're not happy about it."

"Yesterday [in practice] that was confirmed and the gap behind was pretty big," he added.

"We've done a good job of turning ourselves around quite well and recovered, but we don't have enough to compete with them."

Force India driver Esteban Ocon said Haas was piling the pressure on its rivals. Asked if he was surprised by its performance, Ocon replied: "Yeah, for sure. Grosjean is in front of a Red Bull. It says it all."

He said: "We have a lot of races together that will determine a lot of the championship and it's important we don't lose too much ground to those teams."

Sainz expressed the same concern as Perez and said Renault could not afford to treat this as a one-off.

"We need to keep bringing performance to this car, if not Haas is going to have the upper hand for the rest of the season," he said.

"It's a tendency that they are very quick in these types of corners and compounds and [smooth] tarmac.

"We definitely think they have a pattern there." 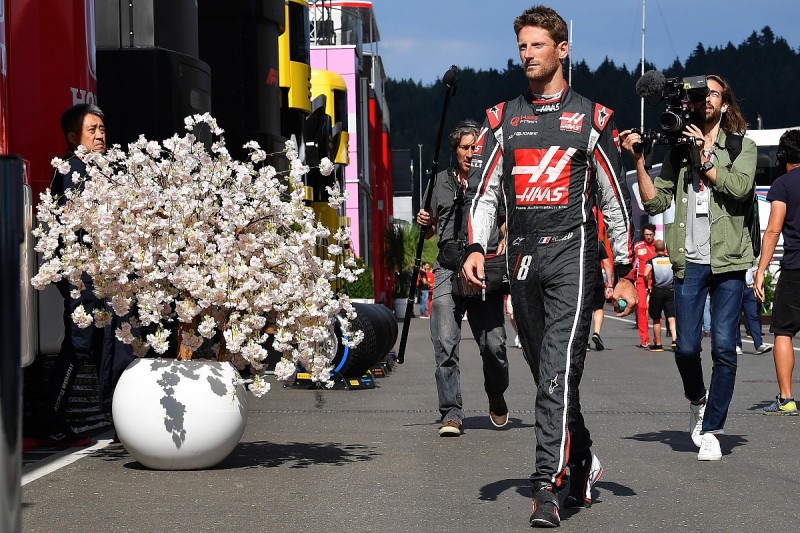 Grosjean did not think the result was track-specific, although he admitted that "a little bit" was down to the lack of low-speed corners that have hurt Haas at other circuits.

"We are very good," he added. "I think our car is going to be fast until the end of the year.

"Coming back to fifth [in the constructors' championship] would be nice and we'll see how much we can close up to Renault."