Ricciardo started ninth after a solid qualifying session, but he drifted back to 15th by the flag, having picked up a five-second penalty for causing a collision with Lance Stroll.

His pass on the Alpine drivers occurred when Ocon came out of the pits and straight into a fight for position with Alonso. Ricciardo was able to pass both drivers when they went wide at Turn 2.

However, it was a rare positive moment and the McLaren driver admitted that it had been frustrating to drop out of the top 10 as the race progressed.

“Those races are not fun, of course, when you go backwards,” he said when asked by Autosport about his slide.

“I think there was a moment there where I made the double move on the Alpines, and I was like maybe we've got something going here? But it was still early in the race.

"That was a high. That gave me a little bit of a buzz today.

"It was some of the only [radio] chatter I had today, because unfortunately, we were going backwards most of time. And yeah, it got me geed up for a little bit. I could kind of see it transpiring, I knew Alonso was struggling a bit on the hard. And I saw Ocon come out.

“And I was, alright, they might battle a bit here. And I might be able to collect one of them. But then I saw them drift, drift, drift. And I was maybe I can get both, and I did so. Yeah, two-for-one is not common. So I thought we would get a little bit of screen time!" 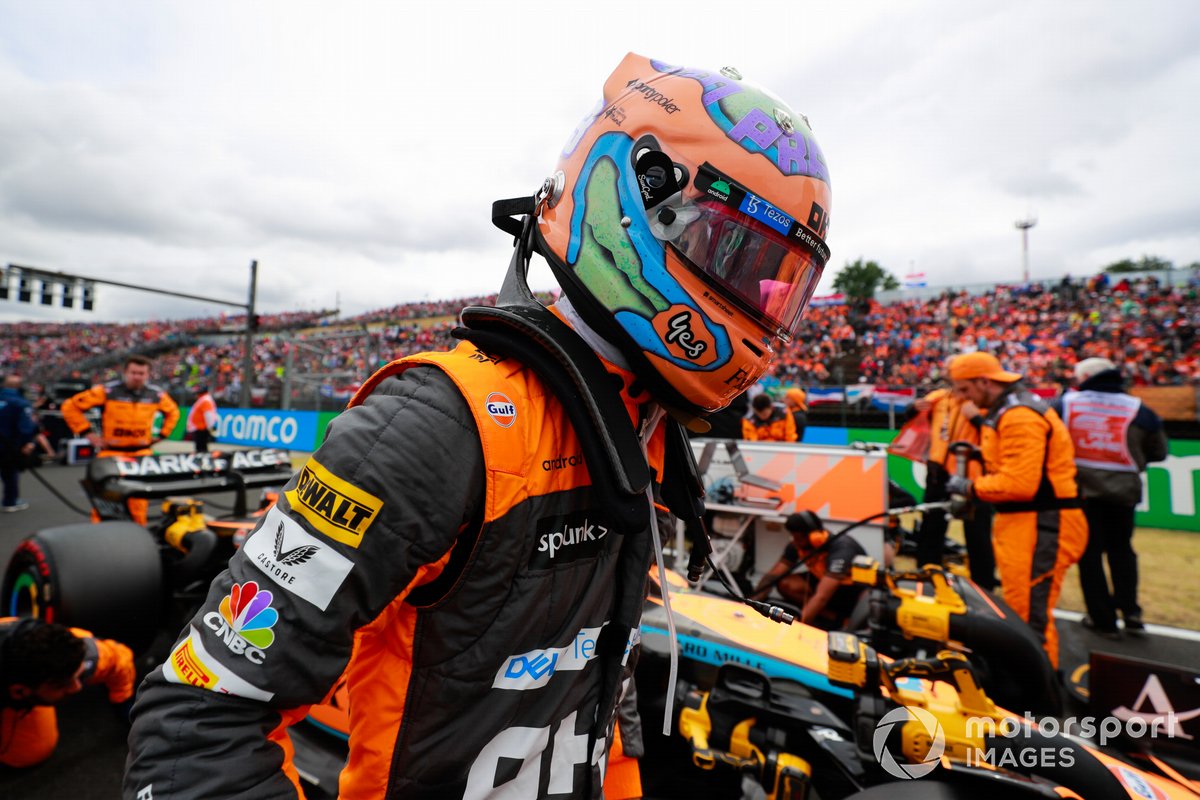 The clash with Stroll occurred when they made their second stops together on lap 46.

Stroll went for the soft tyre while Ricciardo was switched to hards. Stroll was sent into a spin when they made contact, with Ricciardo telling his team “there was no way I could get that stopped.”

The Australian admitted that he knew straight away he was in a losing battle given the difference in tyre choices.

“And I even saw his traction out of Turn 1. And I was I honestly didn't even want to kind of go into Turn 2 with him, because I knew that he would just cruise around the outside.

“And I felt like I'd even kind of braked early, because I knew if I went in hard, I was going to do exactly what I did. I felt like I gave him margin and it still wasn't enough.

"So soon as I turned, I felt it lock and I knew exactly what was going to happen. So obviously no issue with a penalty there. That was completely fair.”

Ricciardo apologised to Stroll in parc ferme: “I saw him straight away. He knew straight away, he goes, 'yeah, I know, the hard was a mess.' And we had a bit of a laugh.

“But obviously it doesn't change what happened, it just wasn't the tyre unfortunately, it just never really worked. And you might get a bit of temp in it. And then we obviously had blue flags, and you lose it. And so just simply never got going.

“The medium was okay at times, but just tricky. And the soft at the beginning was nowhere. So happy to have a break. Yeah, not the six months I wanted."