Renault has already poached Nico Hulkenberg from Force India for next year, signing the 29-year-old on a multi-year contract.

That leaves current drivers Kevin Magnussen and Jolyon Palmer in the running to partner Hulkenberg, along with Manor driver and former reserve Esteban Ocon, while Esteban Gutierrez at Haas is understood to be an outside shot.

Vasseur has confirmed a decision will be made before the season-ending Abu Dhabi Grand Prix.

"We postponed a decision mainly because all the guys now on the radar are rookies or quite young," Vasseur told Autosport.

"It's my job to consider everything. I can understand some guys would want to know exactly what is going on, but it's like this. 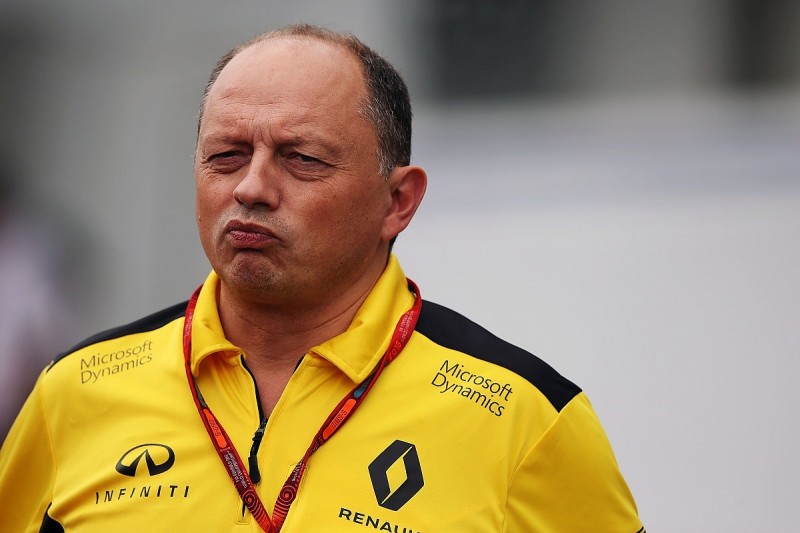 "But all the drivers are doing a good job, both my guys and others, and it's quite tough to decide.

"I've gained more info [in Mexico], and I don't want to say it's uncomfortable for me, but that's life.

"I know I will have to take a decision, one that will be a real commitment from Renault for the future."

Vasseur added Renault is not looking for a driver who can bring financial backing to the team.

"It's mainly performance, to be sure they fit in with the project, their involvement and commitment, their relationship with the team," he said.

"You have to consider all these points, but I don't consider budget."