Red Bull has responded to the FIA's statement clearing Aston Martin over similarities in its Formula 1 car design by saying any transfer of IP would be "a serious concern".

Aston Martin debuted a raft of updates for its AMR22 car in opening practice for the Spanish Grand Prix on Friday that were quickly noted for similarities to Red Bull’s RB18 concept.

The FIA confirmed it had investigated the matter due to the similarities between the updates and Red Bull’s design, but cleared Aston Martin of any wrongdoing, saying all of the new parts and their processes complied with the regulations. Reverse engineering has been banned in F1 since Racing Point – Aston Martin’s predecessor – based its 2020 car design on the 2019 Mercedes title-winner.

Red Bull issued a public statement as a response to the FIA’s comments, saying it had “noted the FIA’s statement with interest”.

“While imitation is the greatest form of flattery, any replication of design would obviously need to comply with the FIA’s rules around ‘Reverse Engineering’,” said Red Bull.

“However, should any transfer of IP have taken place that would clearly be a breach of regulations and would be a serious concern.”

The similarities between the two cars have already led to the Aston Martin car being dubbed as a ‘green Red Bull’. During FP1 at the Circuit de Barcelona-Catalunya, all members of the Red Bull pitwall were sat with a can of the ‘green edition’ flavour energy drink on their desks.

As part of its recruitment drive since rebranding, Aston Martin has hired a number of high-profile staff members through the paddock, including Red Bull’s former head of aerodynamics Dan Fallows.

A dispute between the two teams over Fallows’ contract was settled in January when it was agreed that he would begin as Aston Martin’s technical director at the beginning of April. 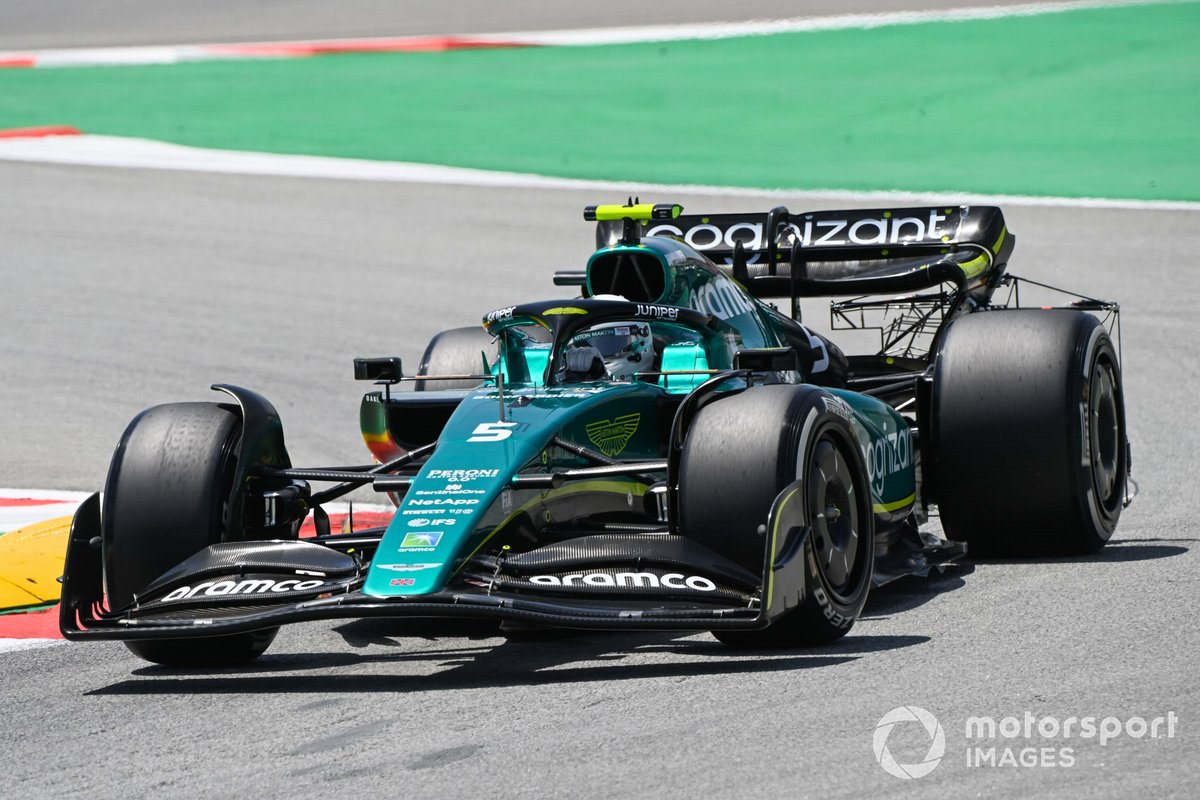 Speaking on Sky Germany, Red Bull advisor Helmut Marko said it was important to “clarify how it came to this unbelievable copy” of the RB18 car.

“As things stand, copying is not forbidden,” Marko said.

“But you also have to take into account that seven people were poached from us and that our chief aerodynamicist was pulled to Aston Martin with a disproportionately high fee.

“There are still some facts that we are checking. We will look into it in detail.”

Marko added that it was “not just Dan Fallows” and claimed “there is evidence that data was downloaded”.

“Dan Fallows was on gardening leave,” Marko said. “What he has in his head… Copying is not prohibited in the approach. But can you copy without documents and then make such a detailed copy of our car?”

Following the FIA’s statement, an Aston Martin spokesperson said: “We have shared details of our update with the FIA technical people.

“Having analysed the data and the processes used to create the update, the FIA has now confirmed in writing that our update was generated as a result of legitimate independent work in accordance with the technical regulations.”