Sebastian Vettel does not expect “a massive jump straightaway” from Aston Martin’s significant Formula 1 upgrade package in Spain, but says the team has faith in the concept.

The first glimpses of Aston Martin’s substantial upgrade for its AMR22 car appeared on Thursday ahead of the Spanish Grand Prix, where a number of teams have brought a range of new parts.

Among the updates to the Aston Martin include a Red Bull-style sidepod, requiring some major changes to the internal arrangement of the car, with the car already being dubbed a ‘green Red Bull’.

The team has also updated the floor, engine cover, rear wing and halo on the car as it looks to bounce back from a tricky start to the year which has seen it only score six points, leaving it ninth in the constructors’ championship after struggling to regularly compete with rest of the midfield for pace.

He said he was “not really having much expectations” over the updated car, but that the team had faith in the design direction it was taking as it looked to turn its fortunes around.

“We know that it’s very different looking car, we’ve had a big push in the factory to make the bits for two cars,” Vettel said.

“It will be very interesting to see how it behaves on-track. That’s what we’re looking forward to, [we’re] very curious to see the performance.

“We don’t expect a massive jump straightaway, but we do believe in the concept and we believe there is more performance to gain down that route.

“It will be very interesting to get a feel and get my hands on it.” 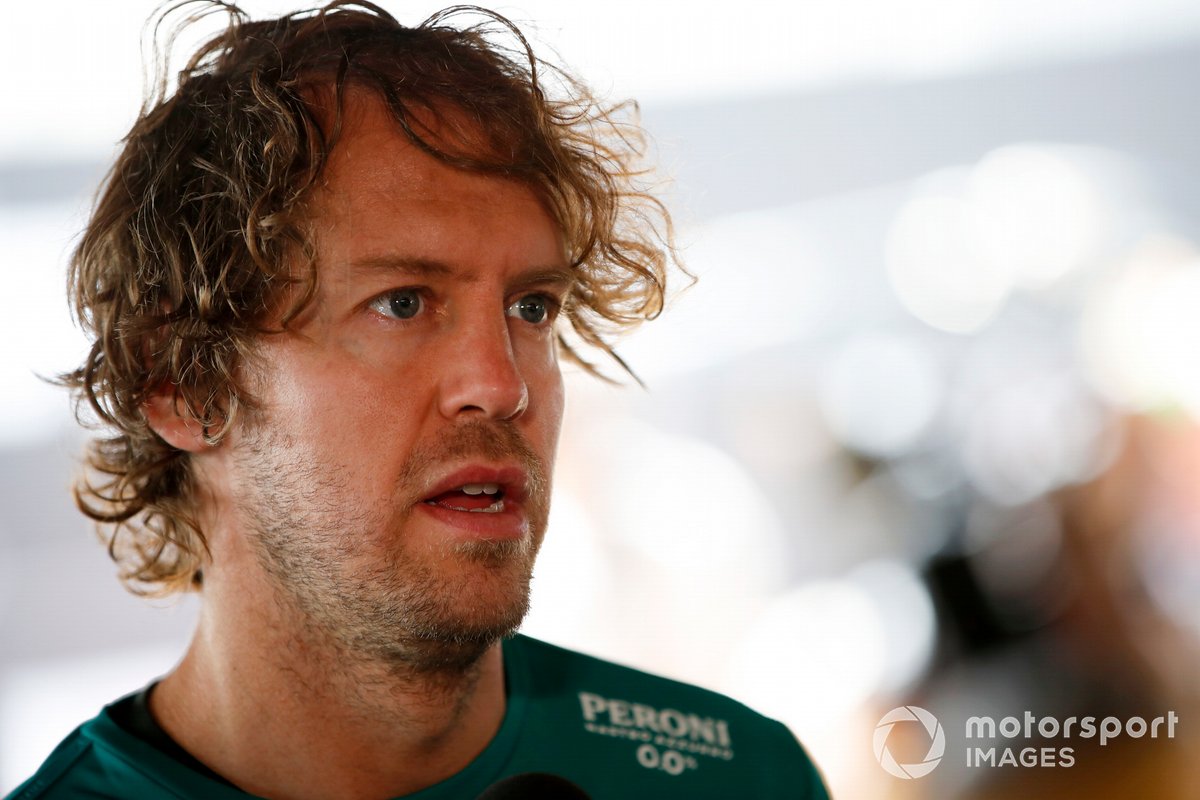 Team-mate Lance Stroll acknowledged it was a “massive upgrade” for Aston Martin, adding: “The team have worked incredibly hard for many months to bring this for this weekend. So it’s very exciting for us.

“It’s generally a very different aero package, different philosophy. We believe that it’s the right direction, so hopefully it goes well out there.”

Aston Martin has been cleared by the FIA  after carrying out an investigation into similarities between its updated car and Red Bull's challenger.