The Milton Keynes-based team feels that its Renault engine has held it back in terms of power this season leaving it searching for gains in other areas such as fuel.

The team's fuel supplier ExxonMobil, which it started working with ahead of this season, brought a new product to Singapore - its second upgrade of the season - and Red Bull says its data suggests it has delivered another impressive gain.

"ExxonMobil's fuel and lubricants contribution to the team has enhanced our performance in measurable effect to advance us roughly a grid slot or more in comparison since November 2016," Red Bull chief engineer Paul Monaghan told Autosport.

"We have had the benefits of regular upgrades throughout the season, the latest being the Singapore GP where the newest Esso Synergy fuel debuted and again enhanced engine performance.

"This upgrade had incremental effects in Malaysia and clearly contributed to our overall package, which delivered victory for Max [Verstappen] at Sepang.

"Suzuka is quite a power sensitive circuit and if the grid had been close, the fuel would have been enough to lift [our] cars one place in qualifying.

"In race conditions, the new fuel always has and will continue to be of notable value for performance in terms of general pace, after safety car periods and either side of pitstops, when typically drivers push themselves seeking track position." 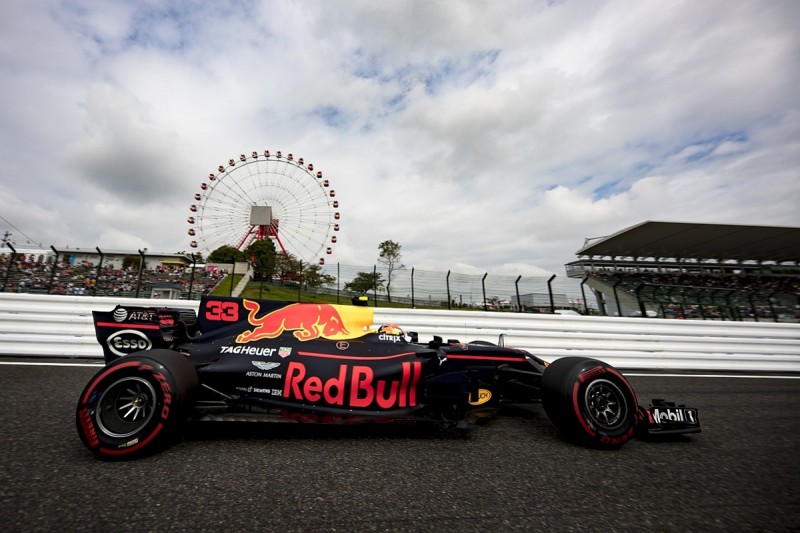 "From a target standpoint, we were looking for a minimum of a half a percent horsepower improvement," he said.

"We received that and more in order to get the fuel approved and into the car.

"If you're getting half a percent improvement, it's incremental, but from a fuel standpoint, it's a nice contribution for the team."

ExxonMobil is continuing to work on developments, but with only four races remaining the next update is likely to get introduced ahead of next season.

It plans to increase the number of upgrades it introduces per season from two to three for 2018, with the company confident it can achieve that as it will have more experience working with Red Bull.

"The guys are set up to do three and even four from a timing standpoint," said Tsurusaki.

"It gives us the whole year to do at least two more.

"When they have engines ready for testing, we'll be ready to start four or five formulations by October.

"It's more of a normal development timeline - consistently working with the same team."