Sergio Perez has apologised to the Red Bull Formula 1 team for his troubled run at the Emilia Romagna Grand Prix that left him out of the points.

The Mexican had qualified on the front row at Imola, but his hopes of a good finish were wrecked by a spate of incidents in the tricky conditions.

He spun early on behind the safety car, and was then handed a 10-second stop/go penalty for overtaking rivals as he regained his original position.

Later on in the race after the red flag restart, he spun once again – dropping him well down the order and leaving him 11th in the final result following Kimi Raikkonen’s penalty.

PLUS: How the Emilia Romagna GP result hinged on three crucial saves

Perez felt bad for his team and has vowed to learn lessons from what happened, as he admitted that he was left on the back foot by having his first experience of running a Red Bull car in wet conditions.

Speaking after the race, Perez said: “Basically it has been a very bad day and a bad job. I am very sorry to the team, so I am looking forward to learning from what went wrong.

“I didn’t know this car in these conditions and it took a lot to put the right temperature into the tyres in the early laps.

“Not knowing how much I could do with the set-up in the car made it really tricky, and I did a mistake. I will learn from it and do better from it for the team, because today we should have been one and two.” 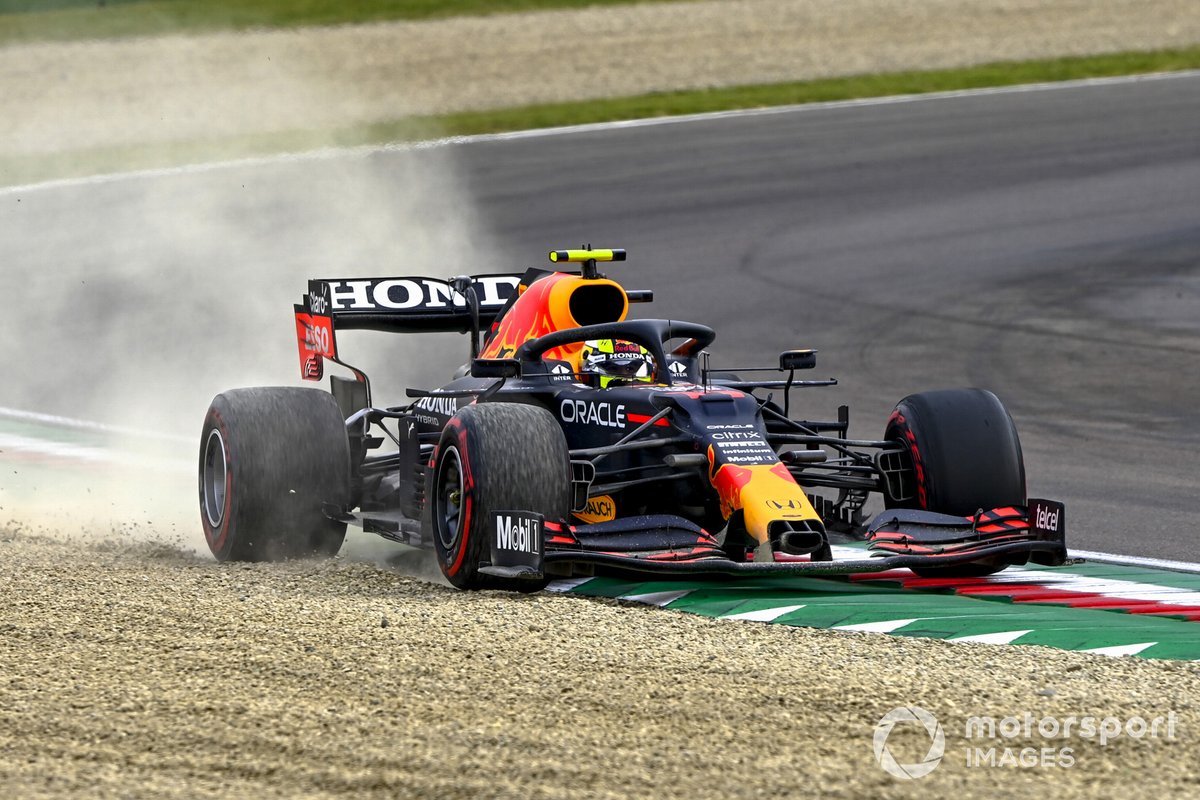 Red Bull team boss Christian Horner defended Perez’s performance, saying that he fully understood that his driver was lacking mileage in the car.

And, on a weekend where Perez had proved his single lap pace as he delivered the best qualifying result of his career, Horner was sure there were better days ahead.

“I think that it's just time in the seat and he did a good job [in qualifying],” he said. “I think it was a messier race for him.

“So it is frustrating not to have him up there. But, you know, he's certainly finding his pace and finding his feet. And I'm sure he's going to have much stronger weekends ahead.”