While Ferrari had been widely anticipated to return to form at Zandvoort thanks to the track's higher downforce requirements, what was not expected by many was just how fast Mercedes and McLaren would be.

George Russell and Lewis Hamilton led the way in the opening free practice session, as Mercedes emerged as Ferrari’s closest threat in the afternoon.

But the pace of McLaren’s Lando Norris, who was fourth in both practice sessions, has also thrust him in to the mix.

After a campaign where Ferrari and title rival Red Bull have pretty much had things their own way, the presence of other cars in the mix has served as a bit of an eye-opener.

Sainz, who was second fastest behind Leclerc in FP2, said: “It felt like we were back at being competitive, a bit like we expected after such a difficult weekend in Spa.

“But then we are also very surprised by how quick everyone is: McLaren, Mercedes, and Red Bull. We are all in three tenths of a second. I'm sure it will make things very, very tight going into qualifying. And exciting!” 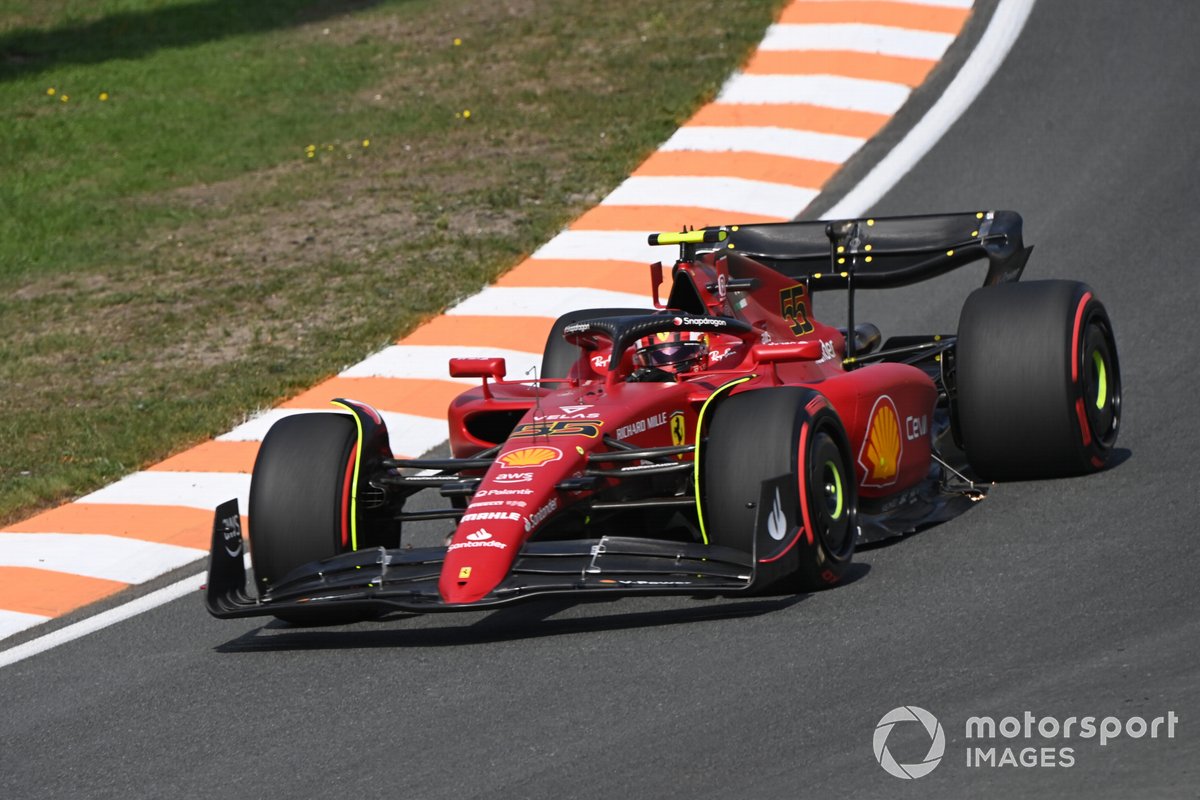 Leclerc added: “We are all extremely close, and it's still a surprise to see everybody so close.

“It's going to be a tricky day, but we are looking forward to do another step forward.”

While Ferrari had looked quick on the opening day of action, especially compared to the troubled Red Bull team, both drivers reckoned it needed to make gains with its balance.

Sainz said: “I think we need to fine tune. We had a far from ideal balance in executing a lap.

“I feel like we need to improve a bit sector one and the warm up of the soft tyre, plus a bit the balance. But it's all about fine tuning and small margins going into qualifying.”

Leclerc added: “Just in general the balance was very tricky. We're struggling to rotate the car and then on exits it's quite snappy. So we need to work on that, but I am confident that we can make a step forward.”