McLaren has a contract with Honda, however the future of that relationship has been put in doubt on the back of a disastrous season so far.

The team is evaluating its options - even though Ferrari and Mercedes have made it clear they will not supply engines to McLaren for next year - while Honda is doing the same.

When asked how late it could leave it to make a final call on the engine, considering the deadlines required for car design, Boullier said: "Technically you could change an engine in 12 weeks.

"You can change it anytime before the season up to three months before.

"If you want to do a base design around an engine, it's September."

Should McLaren make a call by September 1, that would leave it 178 days until the first day of pre-season testing, on February 26.

If it left it until 12 weeks before the first test, that would be December 4, eight days after the final race of the season in Abu Dhabi. 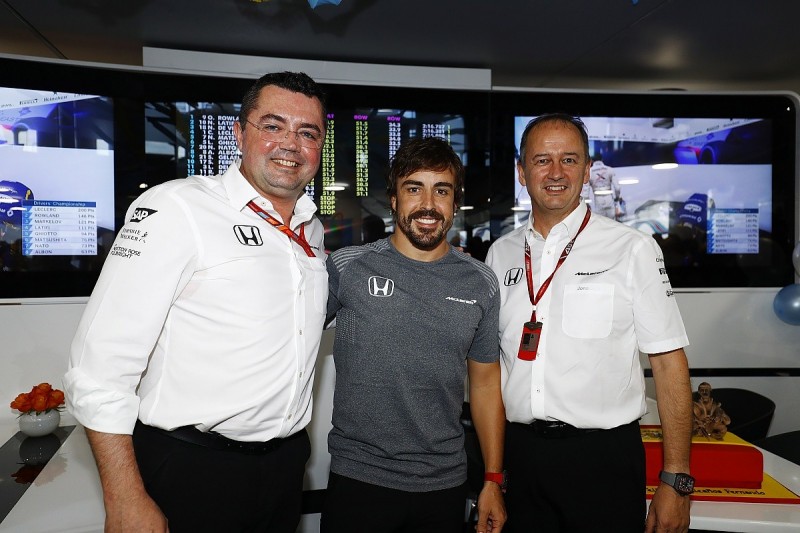 Fernando Alonso has previously said he would like McLaren to make a decision on its engine supplier quickly.

The Spaniard, whose contract expires at the end of the season, said following Hungarian GP qualifying that he would make a final call on his own future by September - a decision that will almost certainly be influenced by the plans McLaren puts in place for 2018.

Speaking about Honda's relationship with McLaren, the Japanese manufacturer's motorsport chief Yusuke Hasegawa said the company's priority is to continue the relationship.

"There is no doubt we would like to stick with McLaren," he said.

"I'm happy we have showed a little bit of performance and I think it will make our relationship better."

McLaren has enjoyed improved form in Hungary, with the team getting both cars in the top nine in qualifying for the first time this year.

Alonso and team-mate Stoffel Vandoorne will start seventh and eighth respectively, after each being promoted a place following Nico Hulkenberg's grid penalty for a gearbox change.