Kevin Magnussen hopes he can get the Haas Formula 1 car more to his liking in 2018, admitting that it has been "difficult" during his first season with the team

Magnussen was outscored 28 points to 19 by team-mate Romain Grosjean this year, and beaten 12-8 in the head-to-head qualifying battle.

While Magnussen made clear he is happier at Haas than he was at previous F1 employers McLaren and Renault, he admitted the 2017 car did not suit his style.

For 2018 - the first time in his F1 career he will stay at the same team for a second season of racing - he wants to both get the Haas's handling tuned more to his needs, and to get better at coping when it is not.

"I've realised what I need, but trying to get that from the car has been difficult this year," Magnussen told Autosport.

"It's going to be interesting to start the season with a team where I know what it is I need, and work on it from the get go.

"Hopefully we can improve it and make it more towards my style, but there's no guarantee of that, so I'm simultaneously working on trying to deal with that.

"You might end up with a car that is tricky sometimes and you need to get the best of it." 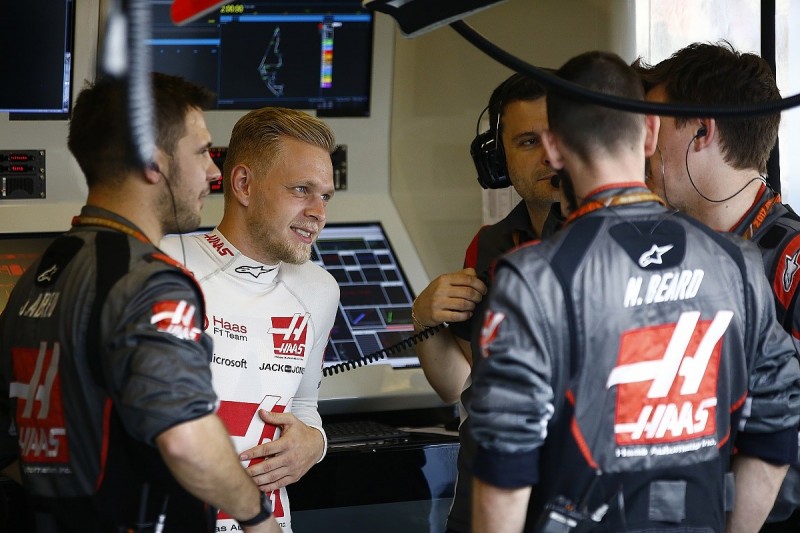 Magnussen admitted that Grosjean "is a little better at dealing with a loose rear end", explaining that it was the Haas's tendency to oversteer on corner entry that had troubled him.

"In qualifying, hopefully next year I'm going to be able to tune the car a little bit more towards a more stable car; a less oversteering car," said Magnussen.

"I don't prefer oversteer, especially on entry of the corners and this year we've been struggling with that a bit too much.

"It is a car that is a little bit tricky on entry, and attacking corners has been difficult, but Romain is just very, very good with a car like that.

"Oversteering on entry doesn't really bother him and he handles it very well, and just nails it in qualifying like that.

"He might even prefer a car like this, but I'm pretty clear on what it is I need, and I'll just focus on that over the winter, and try and work with that from the beginning.

"This year has been trying to find out a lot and learning, and then you know what you need but trying to find the solution is something that takes time."