Red Bull team boss Christian Horner says some of the theories about his Formula 1 car thrown around by Lewis Hamilton are far from ‘reality’.

With Red Bull and Mercedes locked in an ultra-tight fight for this year’s F1 championship, the scrutiny on the strengths and weaknesses of both their cars has increased dramatically.

Hamilton has fuelled intrigue about what Red Bull are doing this year with several remarks related to the team and car: including its ‘bendy’ rear wing, the early removal of tyre blankets and its straightline speed gains in recent races.

But with Horner already baffled by remarks from Mercedes boss Toto Wolff that it had made a step with its second engine, he now thinks some of Hamilton’s comments have been wide of the mark too.

After Mercedes boss Toto Wolff clarified that his comments about the Honda engine were not intended to suggest a major upgrade, Horner took a small dig at Hamilton.

“We run less drag and we run lower wing, and as a result of that you tend to go a bit quicker down the straight sometimes.”

Wolff countered, however, that Hamilton’s views on the Red Bull should be taken into consideration because he was better able to judge the overall performance of its car against the Mercedes.

“The driver is in the car and he has the feeling and he sees the traction and pull-away, there was a difference in DRS and non-DRS zones,” explained Wolff. 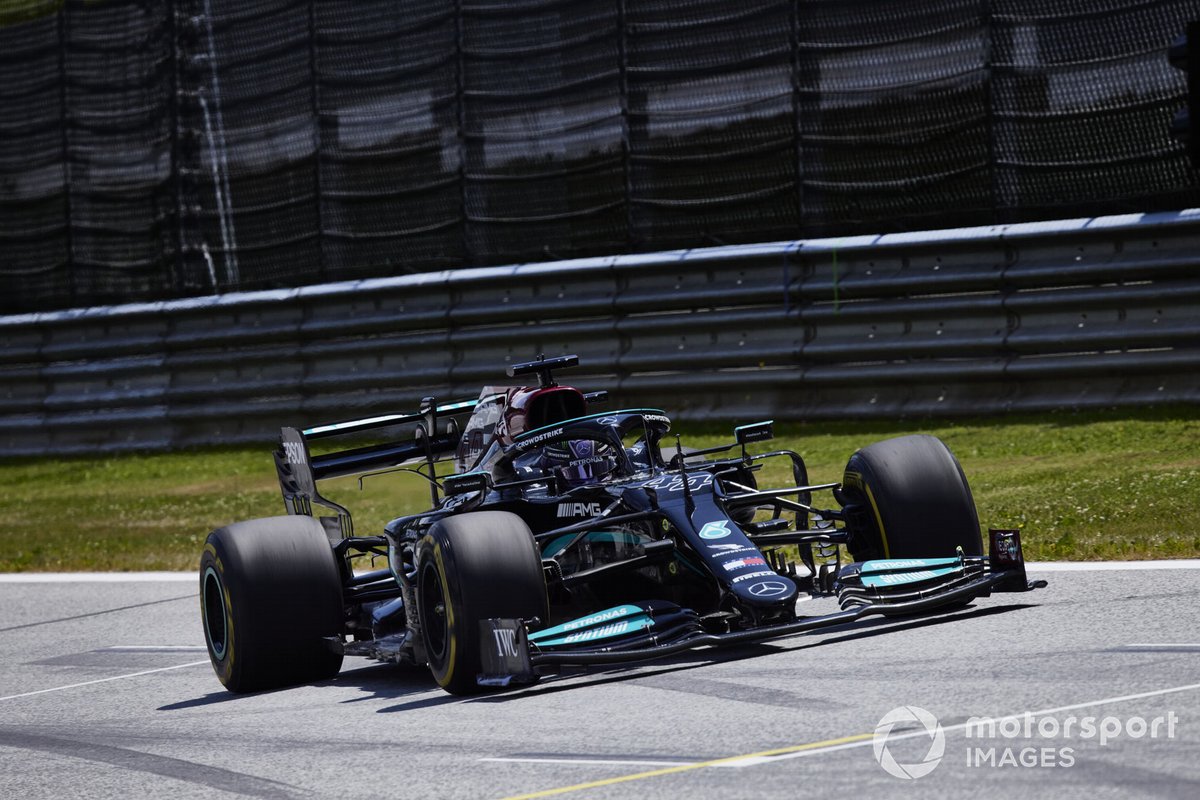 “It’s pretty clear that the perspective and the feeling that the driver has is really important, especially Lewis, there is no better one to him.

“ But what we need to say is that you need to look at the whole thing. There aren’t any miracles. You can’t bring a second power unit that’s homologated and go three tenths quicker. It was a low-drag configuration; the car was very quick indeed, quicker than ours in qualifying. It is what it is and we need to fix that.”

Wolff said that the rear wing choice that Red Bull made in Paul Ricard, when it opted for a low-drag and low-downforce configuration, probably had more of a role in its top speed than engine performance.

“The power unit is homologated; you can only come up with reliability fixes and in a way bug-cleaning, so there shouldn’t be any difference,” said Wolff.

"Red Bull chose to run a very low-drag rear wing or generally aero configuration, which clearly when you see the speed differences in Ricard made a big difference. And now it’s about seeing what happens here, but as a matter of fact they were very strong.

“They ran a low wing and they were still as competitive as us through the corners and that shows that the car has downforce. We just need to do our homework and to continue to improve rather than pointing a figure on the engine.

“This is all in the FIA territory and it is much too early to say anything like this, that the engine is more powerful. There are so many things that play a role.”

How reliance on car control can hinder F1 drivers