Brendon Hartley and Pierre Gasly are set to complete the 2017 season for the Toro Rosso Formula 1 team, Autosport understands

Gasly had himself come in as a replacement for Daniil Kvyat two races earlier, with Kvyat then returning for Austin when Toro Rosso released Carlos Sainz Jr to Renault early.

The team subsequently announced Hartley would keep his seat for Mexico this weekend, with Gasly returning in place of Kvyat.

Autosport has now learned that line-up will remain unchanged for the last two races in Brazil and Abu Dhabi as Toro Rosso looks to finalise its 2018 driver plans.

Gasly, who missed out on the Super Formula title when the finale was cancelled because of the threat of a super typhoon, is expected to get the seat full-time next season after impressing in Malaysia and Japan. 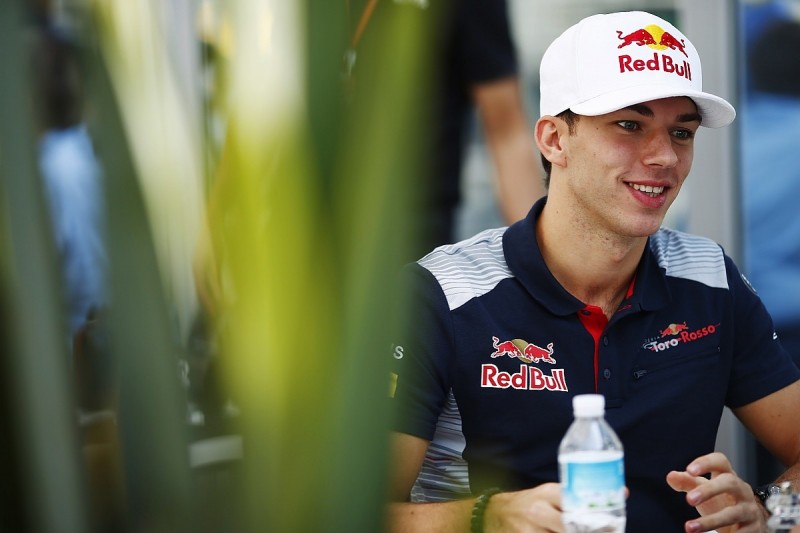 It is believed Kvyat has dropped behind Hartley in the race to claim the second seat in 2018, with Toro Rosso and Red Bull keen to use the next three races to confirm recruiting him full-time is the right call.

Gasly and Hartley, who finished his debut grand prix 13th at Austin, remained coy on their futures when speaking to reporters at Mexico City on Thursday.

"There is not much I can comment on," said Hartley.

"I'm pretty focused on this weekend, putting everything I learned from Austin into practice.

"There's going to be a bit more pressure, people will be expecting a bit more, but I'm feeling optimistic and confident I can do the job."

Gasly added: "It doesn't change what will happen this weekend. This is my focus at the moment."