Focus on Force India would be 'huge mistake' for Williams - Smedley

Williams is currently involved in a seesaw battle with Force India for the 'best-of-the-rest' position behind the leading trio of Mercedes, Red Bull and Ferrari.

Force India has closed a gap that stood at 51 points after five races to move one point ahead of Williams following the Singapore Grand Prix.

But asked if Williams should be focusing its tactics and approach on just outscoring Force India now, Smedley replied: "I don't think you should ever do that.

"I think that's a huge mistake.

"You've got to go out and get the absolute best result possible and not focus on any competitor, but focus on all the competitors.

"I've been in situations where we've been fighting other teams for world championships, and you make a huge mistake when you start to concentrate on one single competitor.

"You've got to be absolutely aware of what everybody's doing and ensure that you get the best result possible."

Though Williams lost the advantage in its battle with Force India in Singapore, Smedley felt it was "lucky" not to be facing a bigger points deficit given his team failed to score at all at Marina Bay.

Felipe Massa finished only 12th, while Valtteri Bottas retired with an over-revved engine after a long pitstop for a seatbelt problem.

But Force India only had Sergio Perez to take points with as Nico Hulkenberg was involved in a startline crash. 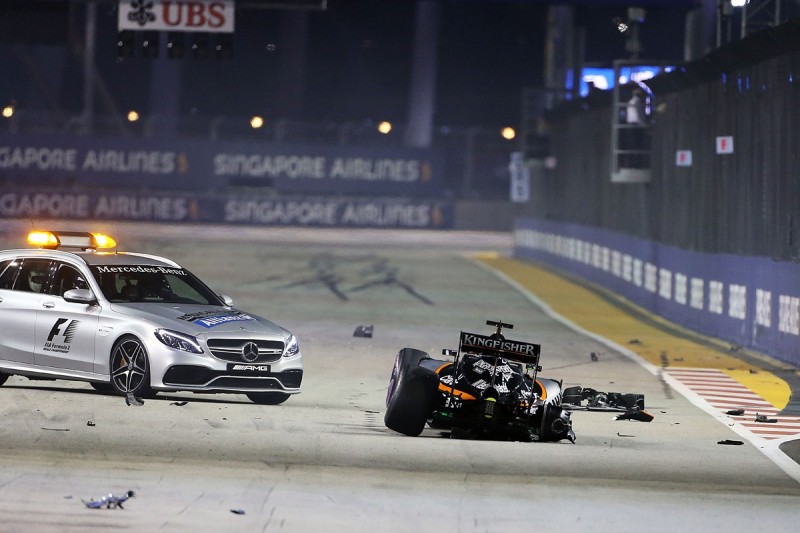 "We spoke to some of their guys afterwards, congratulating them on getting four points and jumping back in front of us. They did a good job," Smedley said.

"But I think they're going to be much more disappointed than us. It was a great track to make inroads on us, like we did in Monza to them.

"Having only lost four points, we've been reasonably lucky to be honest, and if Nico hadn't had his incident in the first 100 metres, it could have looked a lot worse."

"I think it will be fairly evenly-matched now, maybe a little bit in our favour going into the last races.

"We're going to go to Malaysia and Japan with very even performance, maybe with performance a little bit in our favour.

"Then the USA should be somewhere that suits us, with Mexico possibly a little bit back in their favour.

"Brazil will be a good track for us, while Abu Dhabi is always a reasonable track and we're always learning more about how to use the tyres, especially on a track like that, which can help us."

Do F1 drivers' careers go on too long?