Kimi Raikkonen is demonstrating he is "not a world champion for nothing" after his performance in the Singapore Grand Prix, according to his Formula 1 team boss Maurizio Arrivabene

Kimi Raikkonen is demonstrating he is "not a world champion for nothing" after his performance in the Singapore Grand Prix, according to his Formula 1 team boss Maurizio Arrivabene.

The Finn put pressure on Lewis Hamilton in the battle for third and passed the Briton when he made a mistake only to lose the position during a pitstop sequence later in the race.

He went on to finish fourth for the second successive race on a weekend when he consistently outshone his team-mate Sebastian Vettel.

Raikkonen is just five points behind Vettel in the drivers' championship, having been 113 adrift at this point in the season last year.

"Talking about Kimi, he is showing he was not a world champion for nothing," said Arrivabene.

"He was very, very good, especially when he overtook Hamilton - even if Hamilton made a little mistake.

"Sometimes you make a mistake because the other guy is pushing your back.

"Kimi has enough experience to feel that and in my opinion it was great."

Arrivabene also praised Vettel's performance after the German came through the field from the back to finish fifth.

"Sebastian had a fantastic race, the choices of strategy were correct and he was able to use that advantage to the maximum," he said. "It was fantastic."

A MERCEDES GETS OVERTAKEN 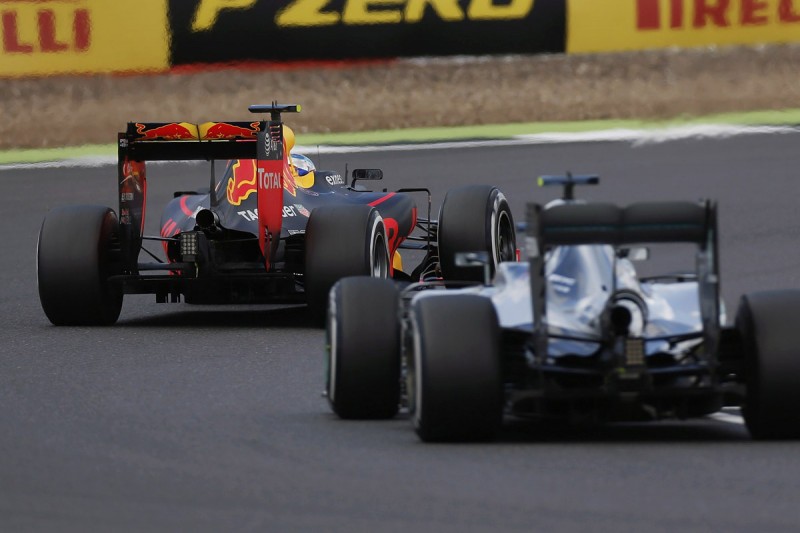 Raikkonen's pass on Hamilton was only the sixth time a Mercedes has been overtaken in a proper move on track, not including the start, in 2016.

In China, Hamilton was nursing damage after a first corner collision and said the car was "flexing like crazy, like a four-poster bed" when he was passed by Daniel Ricciardo and then Raikkonen.

The reigning world champion started 10th in Baku, after an error-strewn qualifying session, and was passed by Valtteri Bottas, who also got by Max Verstappen in the same move.

Nico Rosberg was "baffled" by a lack of pace in the race in Monaco, as Hamilton went on to win, and was mugged by Nico Hulkenberg on the line to lose sixth.

At Silverstone, Verstappen [pictured] pulled off a brilliant move on Rosberg in damp conditions around the outside of at Becketts.

Focus on Force India would be 'huge mistake' for Williams - Smedley

F1 title race: What to expect from Rosberg v Hamilton