Ferrari Formula 1 driver Kimi Raikkonen has not had the results his performances so far this season have deserved, according to his team-mate Sebastian Vettel

While Vettel leads the championship after four grands prix, having won two races and twice finished second, Raikkonen has managed just one podium and is already 37 points adrift.

Raikkonen was fourth in Australia and finished more than 40 seconds adrift of his German team-mate in fifth in China, prompting Ferrari president Sergio Marchionne to say he wanted talks about the Finn's form.

He recovered from a bad start to finish fourth in Bahrain and ahead of the Russian Grand Prix said "everything is fine" regarding his relationship with Marchionne before delivering his best weekend of the season where he finished third, just over 11 seconds behind Vettel.

Four-time champion Vettel was sympathetic to Raikkonen's early struggles and believes his fortunes will improve as the year goes on.

"He probably didn't have the races he deserved," said Vettel.

"In Bahrain obviously the start, the first lap cost him a lot, otherwise I'm sure he would've been on the podium.

"I see exactly what happens and things didn't go 100% in his direction so far but I don't think there's any doubt inside the paddock that he's one of the most talented drivers we have.

"I don't think anybody else could go to WRC and perform at the level he did, just come back and be right up to the pace again.

"I don't think there's anyone who doubts his skills or his talent but, as I said, you need to have a lot of things coming your way.

"If you look back last year, I had some races where things didn't come [my] way - it's up and down but usually throughout the season it sort of equals out." 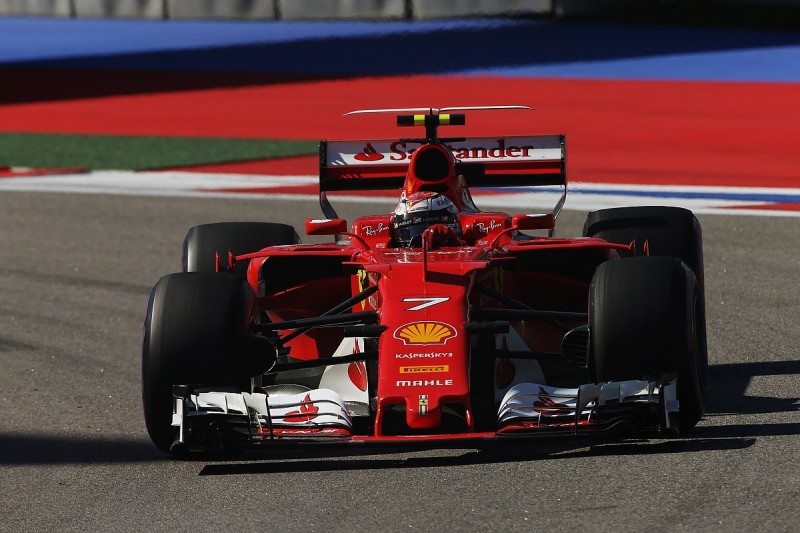 Raikkonen believes things can get better if Ferrari improves the "small details" given the close margins between the top four drivers.

"I think I have had a little bit of a rough start to the season," said Raikkonen.

"It's far from ideal but the weekend [in Sochi] has been a step forward.

"We have been more happy with how things have been running but we still only finished third.

"We keep trying and keep improving and I'm sure we'll get there, but the small details have to be exactly there and then you will get the first place.

"The four or five of us are very close most of the time, so it's the small differences that make a big difference in the end."