Ferrari "will not gamble" on Charles Leclerc's gearbox despite his shock Formula 1 pole in Monaco as it waits to find out the extent of the damage to his car.

Leclerc managed to convert Ferrari’s impressive practice pace into a first pole of the season in Monaco on Saturday, edging out Red Bull’s Max Verstappen by two-tenths of a second.

But the pole was secured in unusual fashion after Leclerc crashed at the exit of Swimming Pool late in Q3, bringing out a red flag that prevented any drivers for making further improvements.

Although Leclerc was pleased to have secured pole, both he and the Ferrari team were left sweating on the condition of his car and gearbox, fearing it could trigger a grid penalty.

Ferrari F1 boss Mattia Binotto made clear the team would not take any risks with Leclerc’s gearbox, stressing the importance of maximising its points haul in Monaco.

“No, we will not gamble,” Binotto said following qualifying in Monaco. 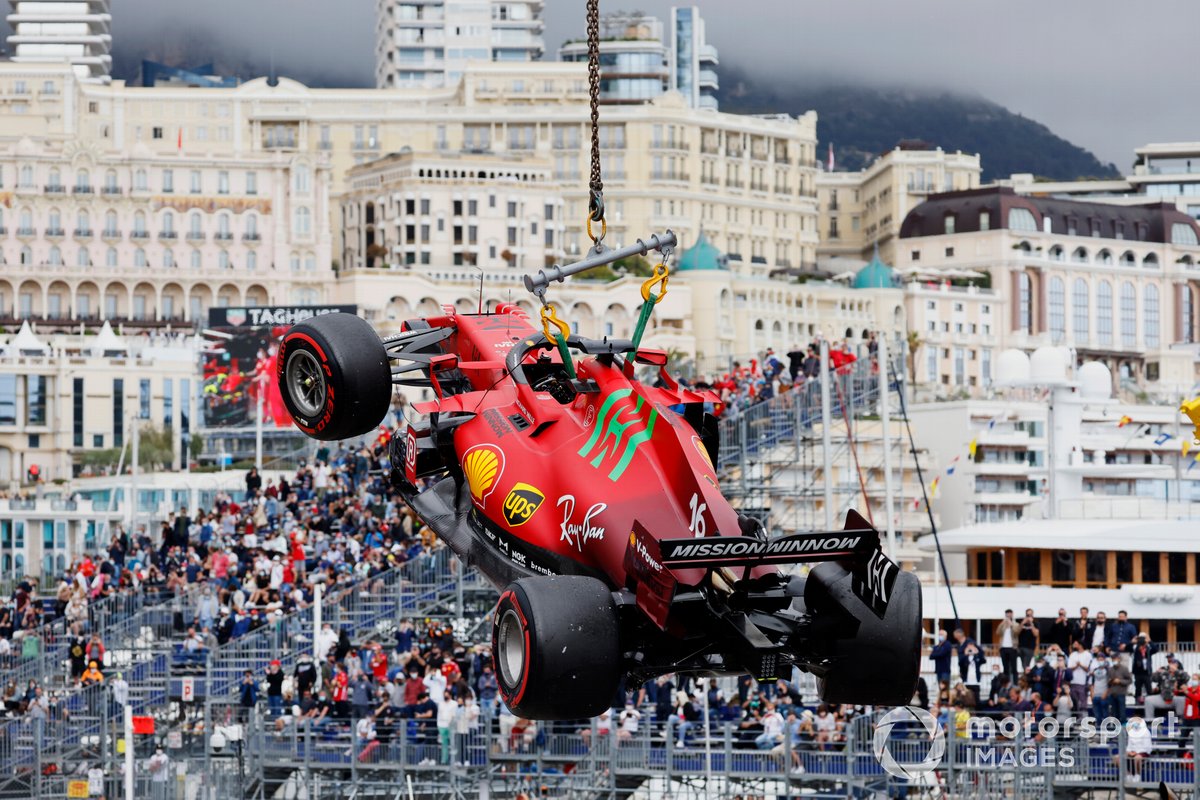 The car of Charles Leclerc, Ferrari SF21, is craned away

Should Leclerc’s car require a new gearbox, it would result in a five-place grid drop that would relegate him to sixth place on the grid.

Binotto thought that Ferrari would have clarity on the condition of the gearbox and the chassis “within a couple of hours”, with a decision on any changes set to be taken tonight.

The result marked Ferrari’s first pole since the 2019 Mexican Grand Prix - scored by Leclerc - and came after a surprising upswing in form through the Monaco weekend so far.

PLUS: Why Ferrari should be quietly confident it's really in the mix for Monaco success

But Binotto said after the session that there was a feeling of disappointment in the team due to Leclerc’s crash and the fact that Carlos Sainz Jr only qualified fourth, having placed second in all three practice sessions.

“It's always a shame crashing a car,” Binotto said.

“So as team, we could have done even maybe better today and so we feel a bit disappointed with that.”