Ferrari may have opted against bringing any major upgrades to its Formula 1 car for the second pre-season test in Bahrain, but that hasn't stopped it looking for improvements.

Some interesting new parts have appeared on the F1-75 at the Sakhir circuit to quell the ill effects of the "annoying" porpoising that all teams suffered with during the Barcelona test.

The Ferrari now features a strake that pokes its head out above the leading edge of the underfloor tunnel entrance (white arrow). This will help to tidy up the airflow's passage over the floor as it passes by the chassis.

It's unclear if this was a scheduled update, a general corrective measure from its findings from the first test, or it's something that the team has developed quickly having studied its rivals' designs. The latter is something Ferrari has already done this season, having adopted its current double splitter solution after close inspection of the launch-spec Aston Martin AMR22.

Meanwhile, a new solution is visible at the rear of the F1-75 as Ferrari has made further modifications to the edge of the floor. It made some alterations in this respect during the first test, with a small cut-out and tongue-like extension made in the edge of the floor just ahead of the rear tyre. 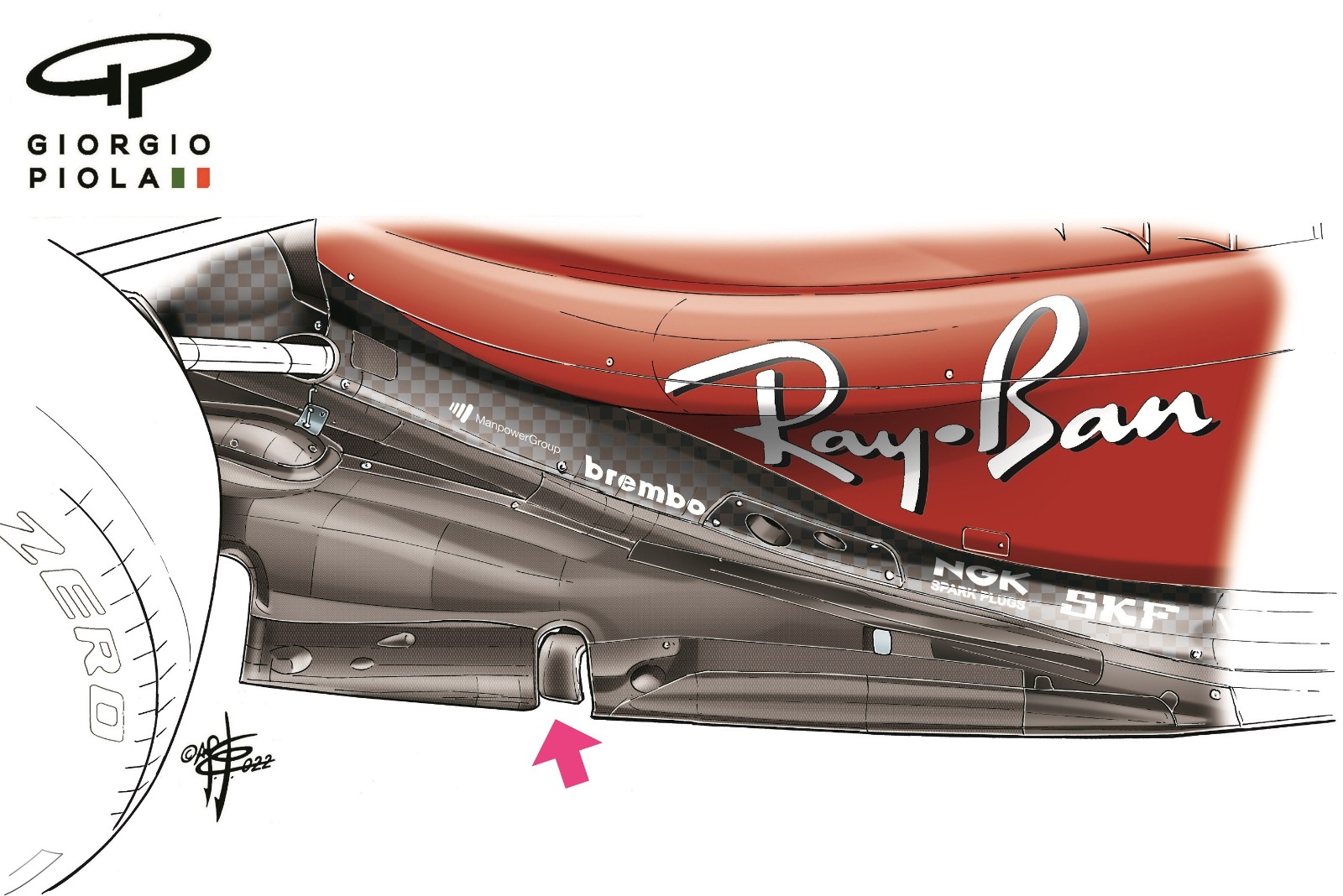 As an expansion upon this, and based on what we've seen from other teams during the first test, the team has added an 'edge wing' which is detached from the main body of the floor and held to it by a series of metal support brackets that are also angled to infer some local flow direction.

The team has also added a metal support stay to help prevent the floor from clipping the ground under load and further assist with the ill effects of porpoising. This is something all teams will introduce as part of a move by the FIA to address the difficulties teams have faced.

Ferrari completed 116 laps on Thursday, the fourth-highest tally of any team, with Charles Leclerc topping the morning session and ending up third on the overall timesheets, one place behind team-mate Carlos Sainz Jr.

PLUS: The predicted head start that has helped Ferrari in F1 2022 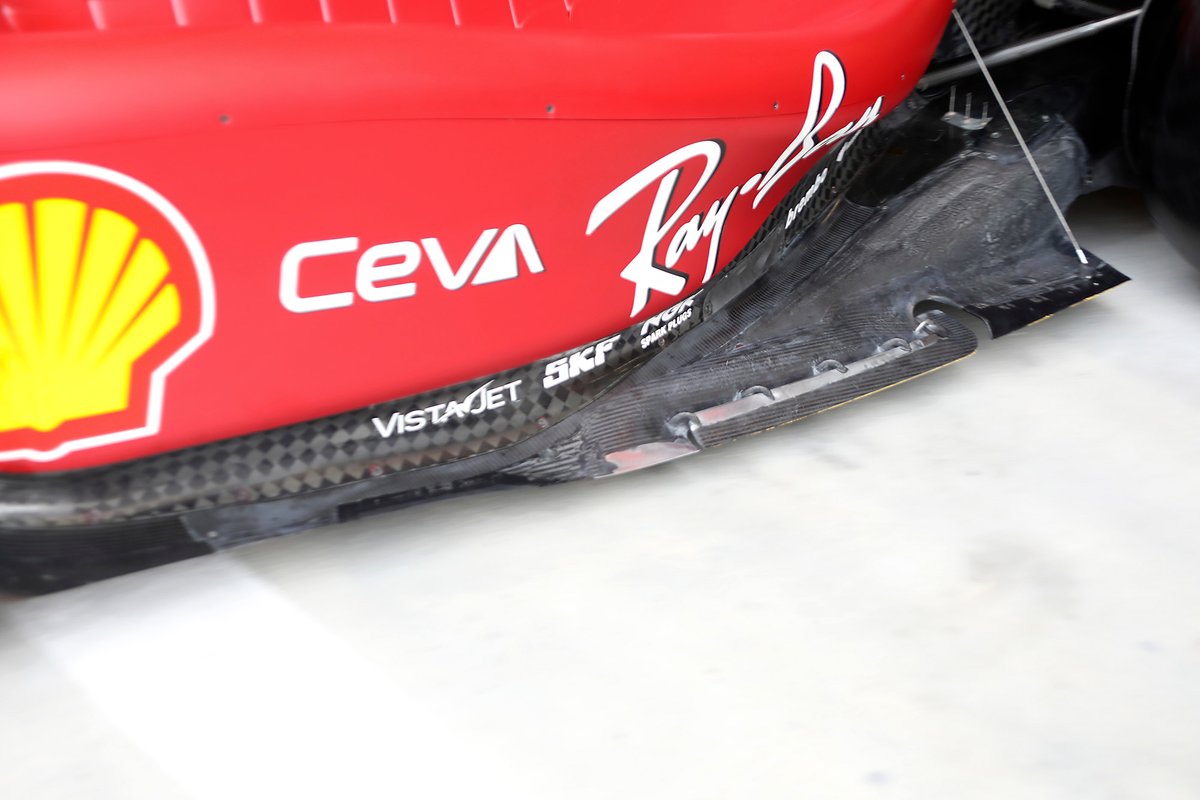