Hamilton dropped from pole to sixth at the start of the Monza race and could only recover to second, as title rival Nico Rosberg won and closed to within two points in the drivers' championship.

Initially Hamilton radioed Mercedes to say the poor launch was his own error, but after the race he suggested that might not have been the case.

"I knew my engineers would be worried and nervous of how the start went so that is why I tried to put their mind at ease [by accepting the blame]," he said.

"I don't know really what happened at the start. I'll try to understand it later.

"I did everything normally.

"I remember a bunch of cars going by. I did the sequence, everything exactly the same.

"I just got lots of wheelspin, a bit like Nico's start in Hockenheim."

When Rosberg suggested the 2016 rule changes meant variable starts were normally down to driver performance, Hamilton argued that there were still many technical reasons why a getaway might be slow. 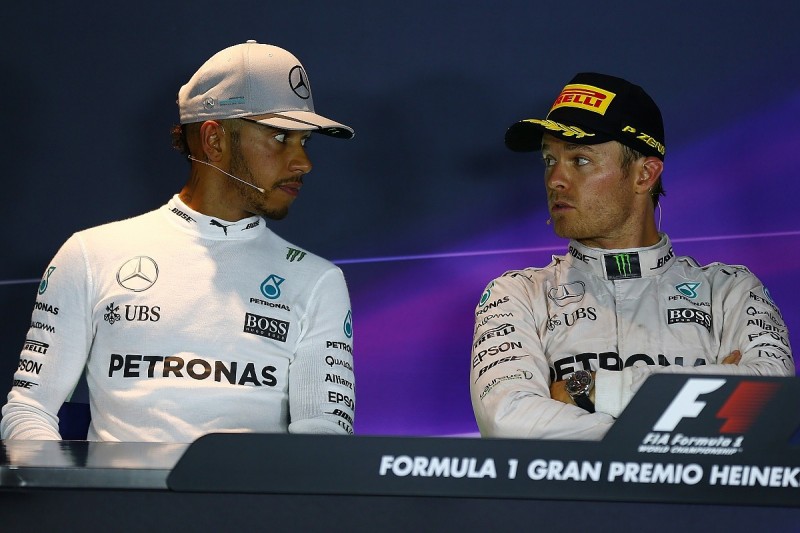 "I don't agree it's more down to the driver, it's the same as before," he said.

"We have a relatively inconsistent clutch.

"In the past, we could be told our clutch temperature, it would be easier to hit the target.

"Now it's a lot less easy to know what your clutch will be delivering and what it is not."

Hamilton admitted he knew victory was lost in the opening laps.

"In the moment, you're just thinking about getting back to where you started," he said.

"My goal was to get back to where I was but I could see Nico pulling away.

"I know from experience here, while everything can happen, the chances of the win decrease lap by lap, second by second.

"I knew at an early stage that winning would not be possible but I could try.

"I went after second and that was the most I could do."

Rosberg has won back-to-back races following Hamilton's grid penalty and third place at Spa, but the German denied the 'tide' of the title battle was currently going his way.

"The next race is Singapore and I'll try to win there."