Lewis Hamilton has taken his 100th career Formula 1 pole position ahead of the Spanish Grand Prix. Here's how and when you can watch the race.

The reigning F1 world champion beat Max Verstappen in qualifying to notch up a century of pole positions, with the Mercedes driver’s 1m16.741s set on his first run in Q3 enough to take top spot by 0.036s.

The Red Bull driver still secured a front row start ahead of Hamilton's team-mate Valtteri Bottas in third, with Ferrari’s Charles Leclerc producing an impressive late lap to move up to fourth place.

Esteban Ocon also caught the eye for Alpine by qualifying in fifth place, splitting the two Ferraris with Carlos Sainz Jr in sixth for his home race, while Daniel Ricciardo hailed a “mini breakthrough” to take seventh place for McLaren.

PLUS: Why McLaren doesn’t doubt Ricciardo can escape his ‘dark’ place

Sergio Perez suffered a spin early in Q3 meaning he could only qualify in eighth place for Red Bull, as he later revealed a shoulder issue was impacting his performance.

Lando Norris also suffered during qualifying and only managed ninth for McLaren, but his problem was down to being held up in Q1 during his first run, meaning he had to use a second set of soft tyres in the first part of qualifying which later compromised his Q3 runs.

Fernando Alonso rounded out the top 10 for Alpine, having edged out Aston Martin’s Lance Stroll in Q2.

Yuki Tsunoda was left frustrated after a surprise Q1 exit in qualifying left him in 16th place and went on to say he had a “question mark” over his AlphaTauri F1 car compared to team-mate Pierre Gasly’s machine.

Nikita Mazepin has been given a three-place grid penalty for the Spanish GP after holding up Norris in Q1, but having qualified last he remains in 20th place on the starting grid. 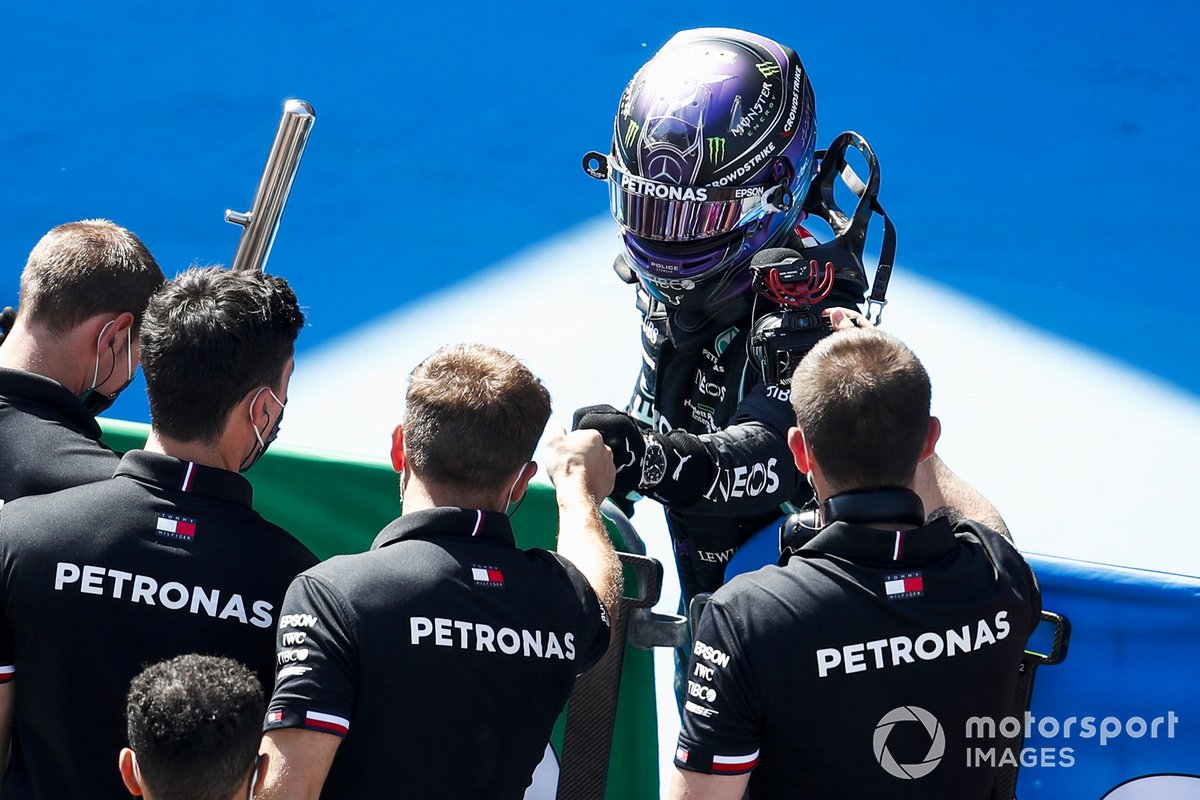 Lewis Hamilton, Mercedes, celebrates in Parc Ferme with his team after securing a record 100th pole in F1

The fourth round of the 2021 F1 season, the Spanish GP at Circuit de Barcelona-Catalunya in Montmelo, gets underway at 3pm local time (2pm BST) on Sunday 9th May.

In the United Kingdom, Sky Sports has exclusive live broadcasting rights of F1, with the Spanish GP race shown live on Sky Sports F1. Pre-race coverage will be starting at 12:30pm BST ahead of the race start at 2:00pm BST.

In the United Kingdom Channel 4 is broadcasting highlights of the Spanish GP at 6:30pm BST on Sunday. The full programme will run for two-and-a-half hours, covering the pre-race, the race highlights and the initial post-race reaction to wrap up the major talking points of the race weekend. 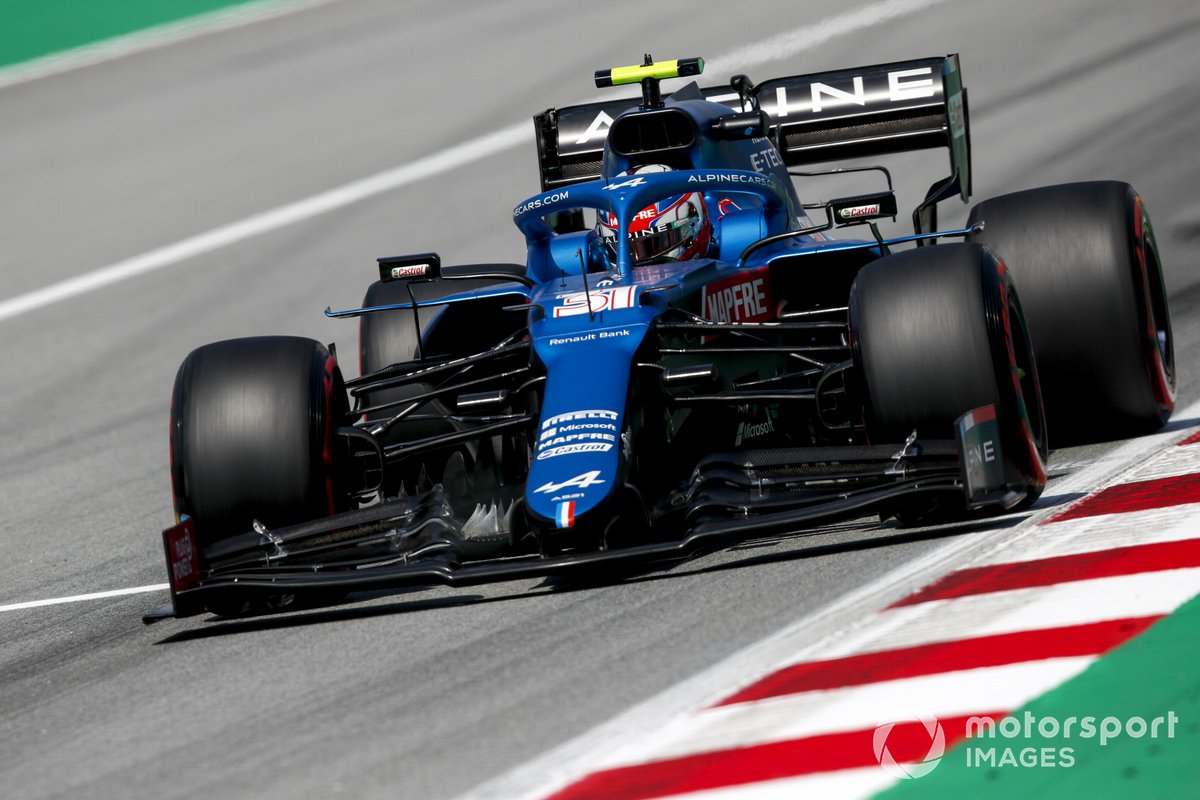 Coverage of the Spanish GP will start at 1:50pm BST on BBC Radio 5 Live Sports Extra, available on both DAB radio and the BBC Sounds app.

Current weather forecasts predict sunny but cloudy conditions, with a low possibility of rain on race day. The temperature is expected to be 22 degrees Celsius for the start of the race – about four degrees warmer than the Portuguese GP.

The race is scheduled to complete 66 laps of the Barcelona circuit, covering a total race distance of 307.104km.