Sergio Perez says an issue with his left shoulder contributed to his struggles in Formula 1 qualifying for the Spanish Grand Prix as he felt “bad all the way through”.

Perez slumped to eighth place in Q3 at the Circuit de Barcelona-Catalunya on Saturday, finishing nine-tenths of a second behind Red Bull team-mate Max Verstappen, who qualified second.

The Mexican spun during his first push lap in Q3, leaving him with a single timed effort at the end of the session which he used to usurp Lando Norris and Fernando Alonso.

But Perez revealed after qualifying that he had been struggling with a worsening shoulder issue throughout the session, contributing to his difficulties.

“I had a bit of an issue with my shoulder through qualifying, and I was just feeling bad all the way through it.

“But I’ve spoken to the team, we’ve reviewed everything, and we should be back to 100% tomorrow.

“It was just getting worse and worse as the qualy developed, and I struggled a bit more with it.”

Perez said that while the team “don’t know 100% what it is”, he feels “pretty confident that we can be back to form for tomorrow”.

“It was just a bad day, I didn’t get a good lap throughout the day,” Perez said. 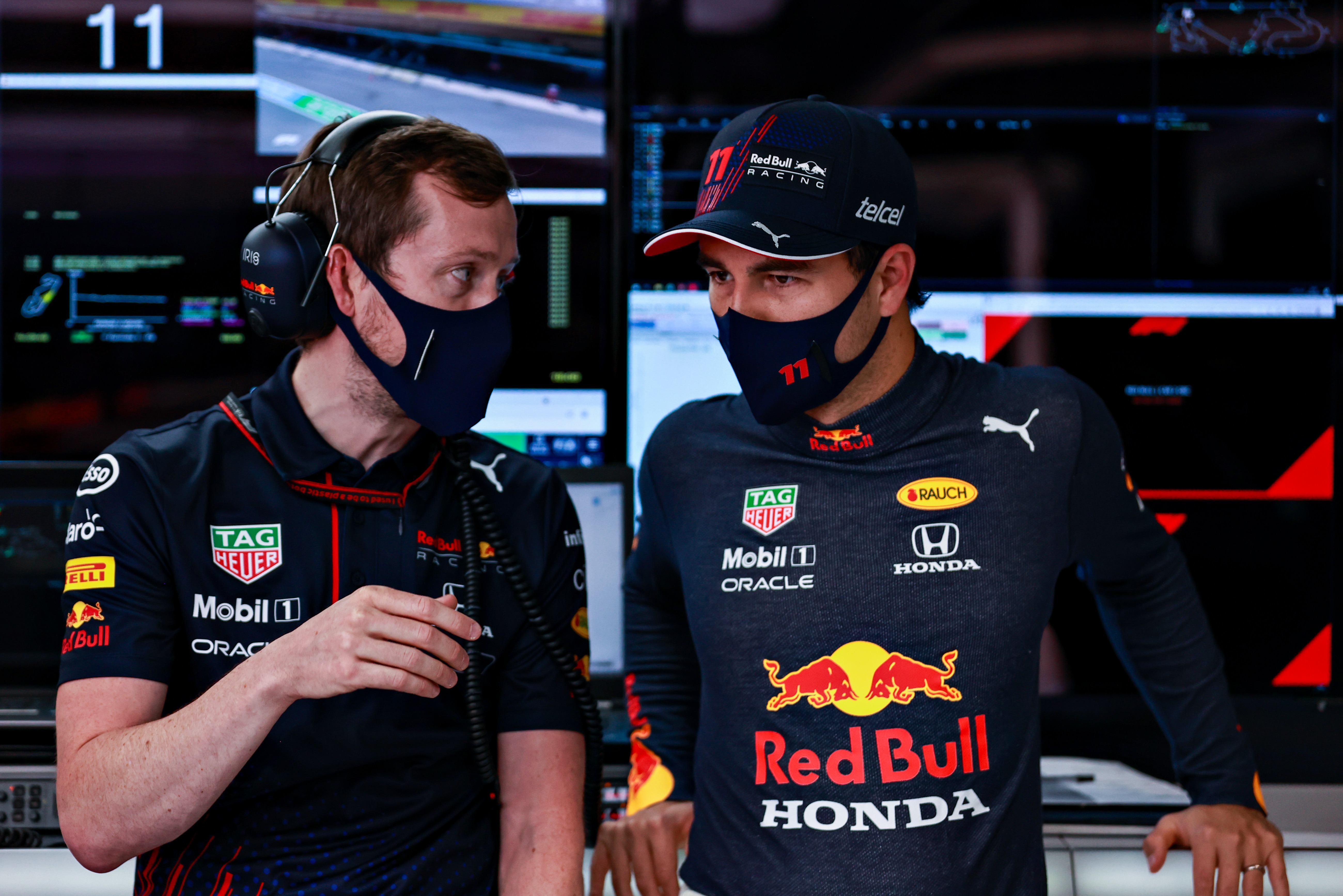 “Q1 was looking alright, but we just didn’t make any progress after that. I wasn’t 100%, so it was very hard to get the best out of the car in qualifying.”

Eighth place marked Perez’s worst qualifying result for Red Bull since he debuted for the team in Bahrain, having started on the front two rows of the grid at Imola and Portimao.

But he felt it was just “a matter of time” until he was fully up to speed and assimilated with the Red Bull RB16B car following his move for 2021, taking particular confidence from his long-run performances.

“Today, it hasn’t been a good weekend overall. It has been a poor one from my side,” Perez said.

“In the past, you see that things are starting to come, and especially the pace, the pace is there, the long run pace, some work to do on performance, that’s it.

“Just getting to know the car a bit more will be key.”