Lando Norris says his Q1 lap that was ruined by being held up by Nikita Mazepin effectively wrecked his entire qualifying hopes for Formula 1’s Spanish Grand Prix.

The McLaren driver had been on a fast lap in Q1 at Barcelona, but came across a gaggle of cars in the final chicane sequence.

Mazepin in the Haas elected to stay ahead of him, and cost Norris a vital few tenths on the run to the line – which meant that the young Briton had to burn another set of tyres to run again so he could guarantee he got through to Q2.

Not having that extra set of tyres eventually caught up with Norris in Q3, and meant he only had one proper run in a bid for the final grid slots. He eventually ended up ninth on the grid, but felt he could have done better.

Speaking after the session about the moment in Q1 when he was caught up behind Mazepin, he said: “I feel like it kind of cost me quali today. The car was good. I feel like I didn't do a bad job.

“I just had one guy who held me up a lot, which meant I had to use my second set of tyres. And when it's split by thousandths and hundredths and tenths and stuff, you want every opportunity to improve, and you can't make any mistakes.

“When you have something like that, and then you have one set of tyres to really push on, it definitely cost us today. So a bit annoying, because I feel like we could have been sixth or fifth or something." 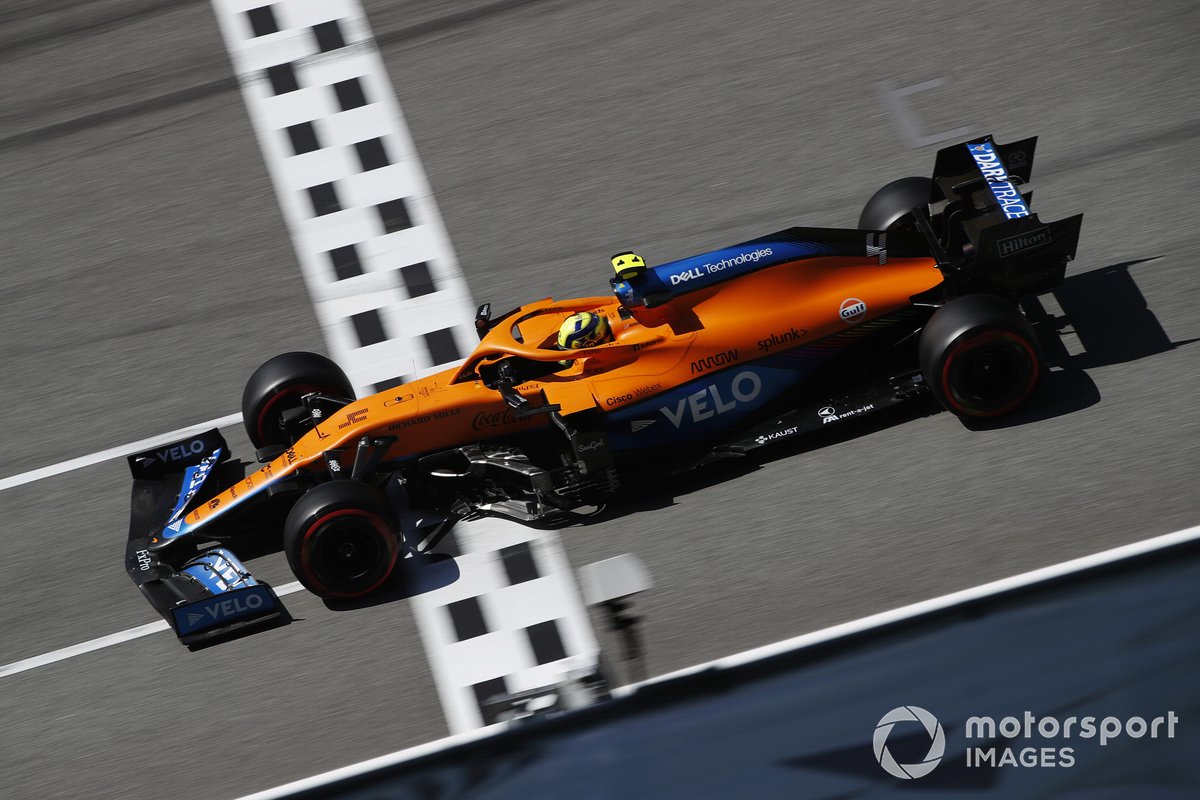 Norris said that the lost set was especially bad in Q3 because the track conditions for the second run in Q3, when he used his only remaining new set, were worse as the result of Sergio Perez’s off.

“I think there was a little bit of gravel in Turn 13,” he said. “Someone said Perez spun there, so I think I was like the first guy to push through it.

“No one really seemed to improve on their second push lap, and I don't know if it got a bit more windy or whatever. So yeah, it was a hindsight thing.

“You would have put your new set on for run one in Q3, rather than run two. You never know that. So we were just unlucky. And the only reason for that is Q1, and having the traffic in the final corner."